by Sam Jacobs, The Burning Platform: 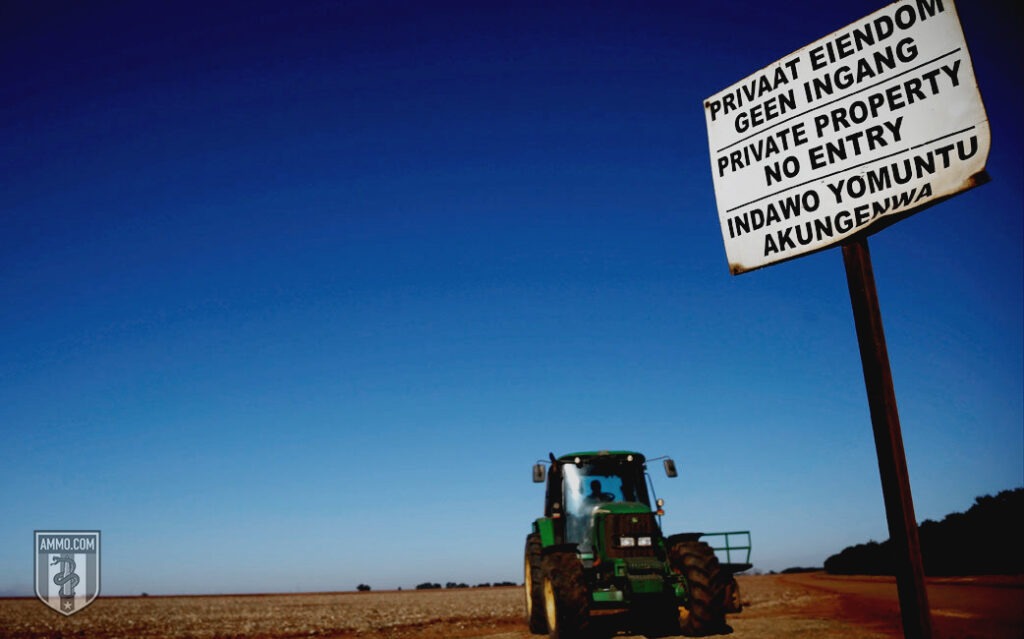 South African farm murders have long been a niche cause on the Internet, and the country has made headlines again due to a South African government plan to seize the land of white farmers under the guise of “South African land reform.”

News of these farm murders and land seizures have gained steam with the release of Lauren Southern’s documentary Farmlands. And United States President Donald Trump has brought even more attention to the plight of Afrikaners with his tweet that he would be looking into the South African land and farm seizure.

Before going any further, terms should be defined and the key players identified:

A Brief History of South Africa: From Early Settlement to the Boer War

Freedom-seeking Dutch settlers moved north starting in the 17th Century. In 1852, Boers founded the South African Republic (known as the “Transvaal Republic”) and then the Orange Free State in 1854. These are called “Boer Republics” and they, in turn, came into conflict with both southward-expanding Bantu tribes (most notably the Zulu, who were in the process of conquering other nearby Bantu tribes) and the British Empire.

“White South Africans” are typically treated as a monolith, but there are two main, distinct groups: The Afrikaans-speaking Afrikaners and the English-speaking British. Indeed, there were intense hostilities between these two groups, especially after the Second Boer War when the Boer Republics were reforged as British colonies.

Telling the Afrikaners to “go home” is a nonsensical statement. They are not Dutch. They do not hold Dutch passports, nor would they at any point have been welcomed back by the Kingdom of the Netherlands. In many regions of South Africa, the Afrikaners have been around longer than the Bantus and have a stronger claim on the land, having purchased it from Khoisans. On the other hand, traditionally Bantu land was conquered from other Bantu tribes or taken by the Bantus from the Khoisans.

A Brief History of South Africa: The Boer Wars 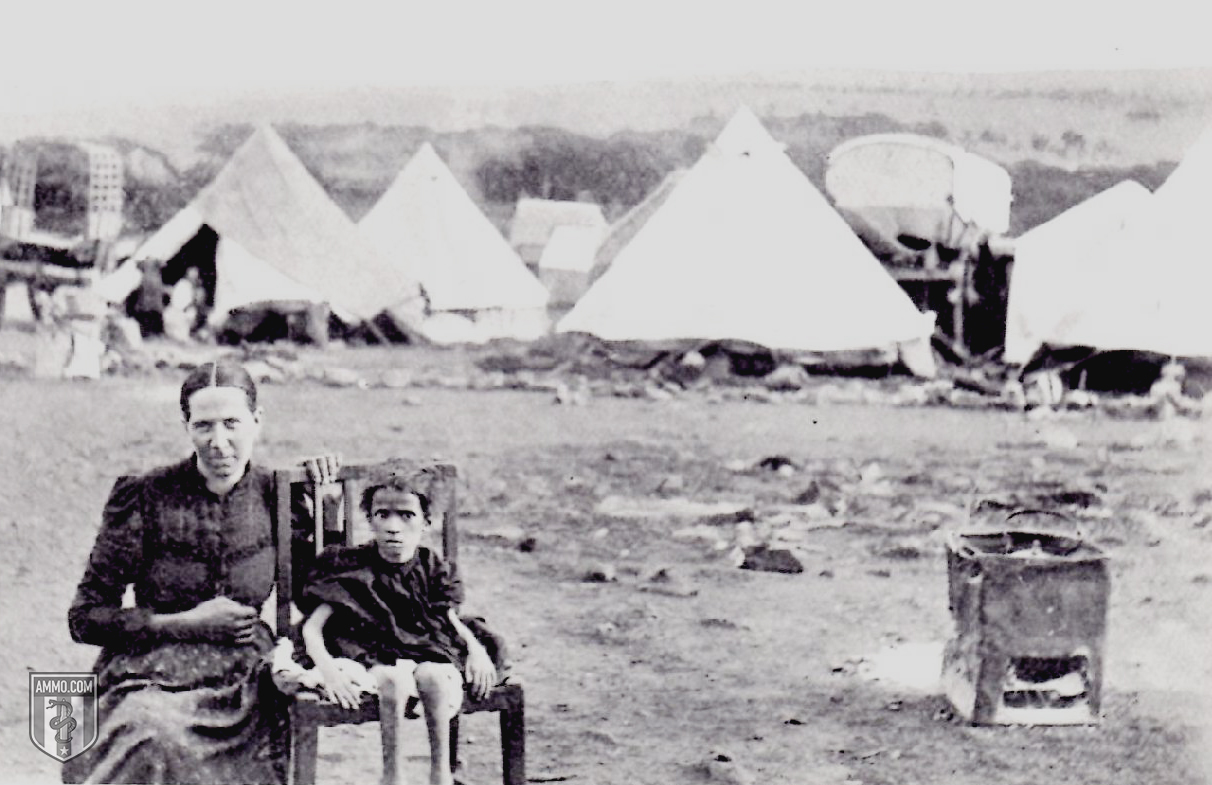 “The Boer Wars” refers to two wars between the Boer Republics and the British Empire, but mostly the second one. The first was a rout for the Boers and left the British Empire with egg on their face. They would not be embarrassed a second time.

The first concentration camps were built for Boers. Not just any Boers, but primarily the wives and children of Boer Commandos (irregular guerilla troops) fighting the British Empire. The strategy was simple: Lock up their women and children, and they will lose their will to fight.

It worked. Adding insult to injury, the most publicized photo of the concentration camps, a picture of seven-year-old Lizzie van Zyl nearly starved to death, was touted in the British press as evidence of parental neglect by the Boers. There was great international outcry against the British during the Boer War, but it never amounted to much.

Boer Republics were reconstituted as British colonies. In 1910, three British colonies were unified as the Union of South Africa. After World War I, South West Africa, today known as Namibia, was administered effectively as a fifth province of South Africa, but for obscure reasons never integrated. South Rhodesia voted on membership, nearly joining, but the argument that it would become “the Ulster of Africa” proved too powerful. The history of South Africa is largely that of a rebellious and unhappy British Dominion until 1948. 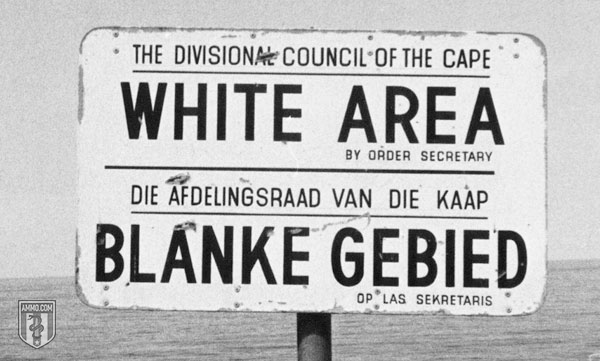 “Apartheid” is an Afrikaans word meaning “separateness.” It was a series of laws drafted beginning in 1948, after the success of the Afrikaner-heavy National Party in the national elections. There was a split in the party between those who favored apartheid as it happened versus those who favored complete separation, including parallel governance. The former won out in no small part due to a thirst for cheap black labor.

Most people know the basics of apartheid, but they are worth going over briefly here: South Africans were classified into one of four racial categories: white, black, Coloured (a non-pejorative term in South Africa, meaning roughly “mixed race”) and Asian or Indian. In 1949, mixed marriages were outlawed with cross-racial intercourse outlawed the following year. In 1953, amenities were segregated by law. Increasingly, the blacks of South Africa were segregated into townships and Bantustans, the latter being nominally independent “homelands” for Africans. This meant that as foreign nationals, in the eyes of the Union of South Africa, they were required to carry documentation to work in South Africa and needed to leave after they were done.

Coloureds, who had the vote, were slowly disenfranchised. Indians and other Asians were never allowed to vote.

Between the end of World War II and the declaration of a republic in 1961, internal politics were dominated by the division between conservative republican Afrikaners and liberal monarchist British whites. Apartheid enjoyed greater support among Afrikaners and less among British South Africans. British Prime Minister Harold Macmillan’s “Wind of Change” speech increased support for apartheid among British South Africans because of a sense of abandonment by the homeland. Many were upset at being forced by the British government to choose between South African and British citizenship and passports.