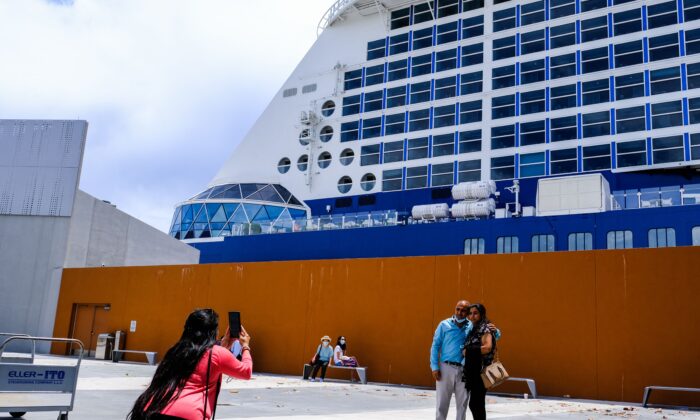 A federal judge rejected the U.S. Centers for Disease Control and Prevention’s (CDC) request to keep COVID-19 restrictions on cruise ships departing from Florida after July 18, writing the health agency cannot show a reason why it can exercise such power.

The CDC had earlier asked for a stay to the injunction on its conditional sail order. With U.S. District Judge Steven Merryday in a ruling this week, the injunction on the “Conditional Sail Order”—a rule that forces cruise lines to have the necessary requirements and recommendations to sail (pdf)—will go ahead as planned on July 18.

All cruises were shut down in March 2020 during the start of the COVID-19 pandemic. The agency later issued the Conditional Sail Order in October of last year.

But, according to Merryday’s ruling Wednesday, the CDC’s “action is not about what health precautions against COVID-19 are necessary or helpful aboard a cruise ship.” Instead, he argued, “this action is about the use and misuse of governmental power.”

“Although CDC invariably garnishes the argument with dire prospects of ‘transmission’ of COVID-19 aboard a cruise vessel, these dark allusions dismiss state and local health authorities, the industry’s self-regulation, and the thorough and costly preparations and accommodations by all concerned to avoid ‘transmission’ and to confine and control the ‘transmission,’ if one occurs,” Merryday concluded in his order.

Merryday attempted to underscore his ruling, writing that “a stay that would serve to extend the unwarranted, unprecedented, and injurious exercise of governmental power by one person, the Director of CDC — is DENIED.” In his order, the word “denied” was placed in bold and all-caps.

Following the ruling, the CDC’s lawyers asked a federal appeals court to place a hold on the district judge’s ruling. Department of Justice attorneys representing the CDC argued that the preliminary injunction “rests on errors of law and is a clear abuse of the district court’s discretion” and will “exacerbate the spread of COVID-19.”

“The district court had no basis to substitute its view (or Florida’s view) that the CDC’s protocols can safely be lifted for the contrary determination made by the expert public health agency in consultation with the cruise ship industry and squarely within its traditional authority,” the CDC’s lawyers wrote.

A legal fight between the CDC and Florida Gov. Ron DeSantis began in April of this year after the Republican governor sued the agency and accused it of “overreach” that causes “economic harm to our state.”

In the meantime, cruises have restarted in Florida. The Celebrity Edge departed Fort Lauderdale on June 26, and a Royal Caribbean ship set sail from Miami on July 2.