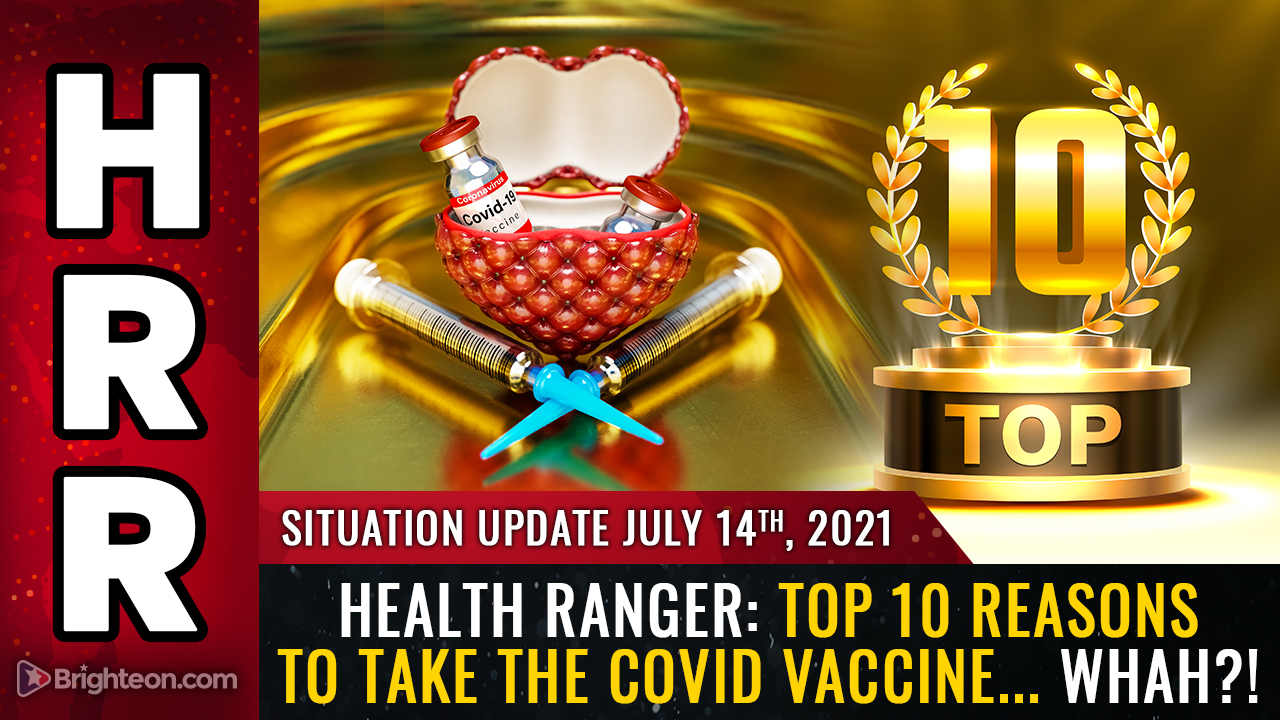 I admit that I’ve made quite an assumption this entire time in warning people about the dangers of the covid vaccines. My assumption was that people wanted to live, have healthy babies and experience life without suffering.

It turns out that was an incorrect assumption for a great many people.

Not everybody thinks their life is important enough to spare.

Some people truly want to die, often in the name of some fanatical belief.

Many people who worship GAIA, for example — the “god” entity of planet Earth — would happily sacrifice themselves in the name of halting climate change. A spike protein injection gives them a very easy way to achieve that. With one swift prick, they can die knowing they’ve helped “save the planet.”

Other people want to worship transhumanism and ultimately discard their biological body and have their mind uploaded into machines. Destroying their body with a bioweapon injection only reinforces their belief that biology is bad and silicon is good. Sadly, transhumanism is an illusion and will never work, which means these people are just committing suicide under the delusion of silicon redemption.

Some women who are carrying a child they don’t want — but don’t necessarily want to go through the trouble of having an abortion — have probably figured out that a covid vaccine injection has an 82% chance of causing a spontaneous abortion. This is the “abortion-by-vaccine” approach.

Government workers who want lifelong stimulus checks may have figured out that a vaccine injury could put them on permanent disability “benefits” in the form of payments from government. Easy money, right? This only lasts as long as the fiat currency debt bomb remains intact, of course, which is probably not going to be the case for much longer.

In all, there are a surprising number of reasons why people — sane or otherwise — might deliberately choose to be vaccinated with a potentially deadly spike protein that might harm or kill them.

That’s the topic discussed in today’s Situation Update, which also covers the far more serious subjects of covid vaccine mandates (in France), the “magnetism” phenomenon in vaccinated people, and how 5G could promote “electrophoresis” that kills people by driving chemicals into their cells.

Hear the full podcast at:

Discover a new podcast each day at: