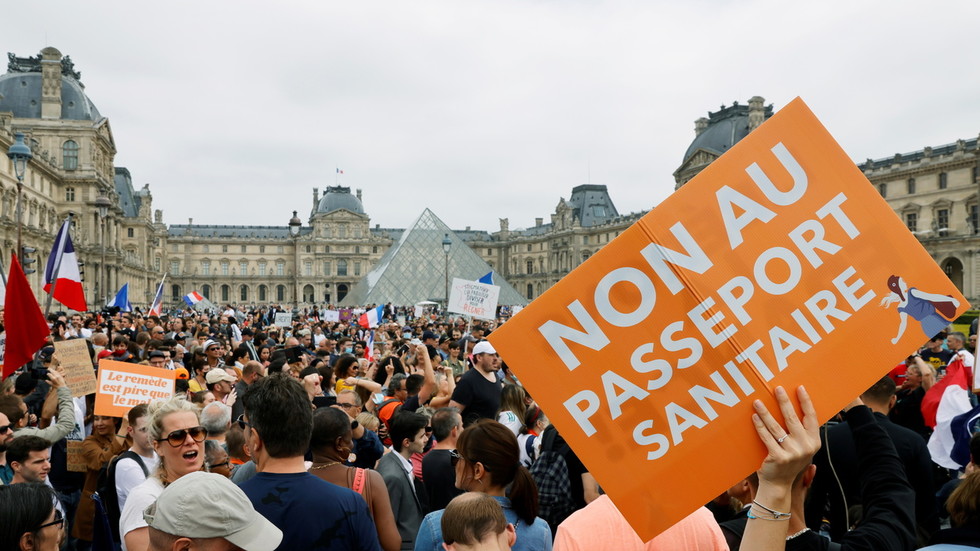 The staff of the hospital in Montelimar, in the French department of Drome, have gone on indefinite strike to protest the new rules demanding they take a vaccine against Covid-19 by mid-September or face losing their jobs.

The strike against “forced vaccination” was announced on Thursday by the CGT-GHPP trade union, and affects some 200 doctors and 1,500 nurses in the southeastern French city.

Hundreds of them gathered outside the hospital on Friday, denouncing lockdowns and vaccine mandates and chanting “liberté!” (freedom).

The French legislature is finalizing the proposal that would require all medical professionals in contact with the vulnerable to be fully vaccinated by September 15, or else lose their salaries and even their jobs.

“We are against mandatory vaccination and vaccine coercion,” Elsa Ruillere, local union representative, told Sputnik France. “There is no choice between tests or vaccination: vaccination is compulsory. No, we don’t agree. We want to have the choice like the rest of the world and we do not want compulsory vaccination.”

Ruillere says her union supports “free and informed consent” and is not against vaccination on principle but is against coercion. Some of the medical workers said they are waiting for the French-made Sanofi-GSK vaccine, promised for December.