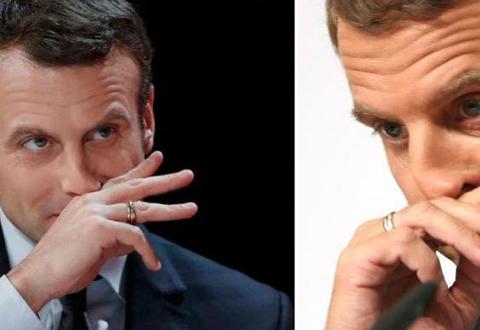 In a speech to the nation just ahead of Bastille Day on July 14 celebrating the French Revolution, President Emmanuel Macron delivered a paradoxical blow to the Republic’s famous slogan: Liberté, égalité, fraternité. He announced a series of measures to speed up the pace of covid-19 vaccinations which undermine individual liberties and threaten a strong political and economic backlash. Already during the covid-19 pandemic, the French had to cope with some of the most severe lockdowns in the world, which curtailed both economic freedom and important civil liberties.

Invoking a surge in infections with the covid-19 delta variant, Macron urged French citizens to get vaccinated in order to achieve a 100 percent vaccination rate across the country. Vaccination was made compulsory for all healthcare workers after September 15, and proof of vaccination or a negative test in the form of a health pass will need to be shown by everyone who wants to get into a café, restaurant, shopping mall, and cultural places like cinemas, theaters, or concert halls or in order to board a train or a plane.1 In autumn, PCR (polymerase chain reaction) tests will no longer be free of charge and the new measures will apply also to twelve- to seventeen-year-olds. Although Macron claims that vaccination is not compulsory for the general public for now, he is de facto obliging everyone who wants to live a normal life to take the shot.

Within a few hours after the announcement, close to 1 million people rushed to book jabs and a few hundreds of thousands more followed the next day. At the same time, over a hundred thousand people took to the streets across France to protest against vaccination and covid-19 health passes. People are baffled by the severity of Macron’s decisions, in particular when the pace of vaccination in France was actually not that slow. About 54 percent of the French have received at least one vaccine dose as of July 15, which is almost similar to the EU and US averages and double the world average of 26 percent. Moreover, the UK experience shows that although more contagious, the delta variant is much less dangerous, causing far fewer hospitalizations and deaths. The French government’s 100 percent vaccination target also seems disproportionate when most experts agree that herd immunity is reached when around 70–90 percent of the population has acquired immunity either through vaccination2 or by contracting the disease and developing antibodies. Strangely enough, the measures also apply to adolescents even though it may be that healthy young people are more vulnerable to the side effects of the freshly launched vaccines than to covid-19 itself.3

Overall, Macron’s arguments do not seem to add up. Moreover, the pretense of superior knowledge, which is the usual pretext for government intervention, i.e., official experts know better than the ignorant public what is good for it, seems clearly misplaced in this case too. The government is requiring all staff in the healthcare system to get inoculated against covid-19, but the latter can hardly be called laymen. They are qualified healthcare professionals who have been battling the virus in the frontlines for almost a year and a half now and who probably also understand better than the rest of the population the benefits and risks of the covid-19 vaccines. In principle, medical staff should be best placed to make a cost-benefit analysis of the risk of catching the virus and taking the jab. And yet the government has stepped in to oblige the majority of them to get vaccinated, because only about 42 percent of hospital workers and 49 percent of those working in the care system have been vaccinated twice so far in France. This ex-cathedra imposition of vaccination on a group of qualified medical professionals is certainly not going to reduce the overall vaccine skepticism among the French.

Prominent French politicians from both right and left criticized Macron’s expanded use of the health pass with strong words, calling it a “deprivation of freedoms” and a “health coup d’état.” Indeed, the Charter of Fundamental Rights of the European Union protects the right to the integrity of the person (article 3), which requires “the free and informed consent of the person concerned” in the field of medicine. The same EU fundamental law upholds other individual rights, such as the right to own and use property, choose an occupation and seek employment, conduct a business, and enjoy freedom of thought and association with other people, which seem curtailed by Macron’s recent measures. The government-mandated health pass artificially divides the French population into two categories—vaccinated and unvaccinated—and this despite the fact that the medical effects are not that clear, as vaccinated people can also transmit the virus, but apparently with lower intensity. Nevertheless, one should not have high hopes that the new measures could be overturned in court. Ironically, the EU’s fundamental law also stipulates for the majority of citizens’ rights that they are subject to “national laws” or the “public interest.”

From the rational ethics perspective of human action developed by Murray N. Rothbard, Macron’s compulsory vaccination campaign appears even more problematic. Central to Rothbard’s libertarian theory is the concept of property rights that should guide all aspects of human action. The right of every person to own his physical body and the natural goods transformed with its help represents an absolute ethical rule and determines all human rights. Rothbard shows very convincingly that all human rights must be grounded in property rights. Otherwise individual liberties risk being relativized and weakened on behalf of the public interest and other policies. In a free society based on peaceful cooperation and voluntary interpersonal relations, aggression occurs when somebody invades the property of another—be it the person or the goods he owns—without the victim’s consent.

In the case at hand, the aggressors of peaceful social cooperation are neither the vaccinated nor the unvaccinated, unless someone purposefully puts at risk the health or property of somebody else. This does not mean that someone cannot be prevented from accessing certain venues or activities when their rightful owners set preventive sanitary rules, but Macron’s blanket extension of the health pass to activities and businesses which are not 100 percent owned by the state represents a blatant encroachment of property rights and discriminates against unvaccinated people. And although France is far from being a free market paradise, the vast majority of shopping malls, cafés, restaurants, cinemas, theaters and other cultural places are private property. Private ownership can be found also in the healthcare and transport sectors, although at a smaller scale. It is not difficult to imagine the discontent of private businesses facing a significant negative economic impact from Macron’s edict.

Rothbard defends the validity of his theory also in extreme cases, the so-called lifeboat situations, and the logic fits the covid-19 pandemic as well. It was claimed that no theory of absolute inviolable rights could function properly in extreme crisis situations. However, Rothbard countered that the apparent war of all against all in a “lifeboat situation” is precisely due to the fact that the property rights have not been well defined. If the ownership and rules governing a property are clear, a nonviolent solution can be found even in a crisis situation. Although this solution may seem harsh to some, and may not comply with all personal moral values, there is unfortunately no other principle of property allocation that would be more tolerable or could endorse a coherent human rights theory. The controversy and dissatisfaction raised by the extension of the government-mandated health pass in France proves once more the validity of Rothbard’s theory.