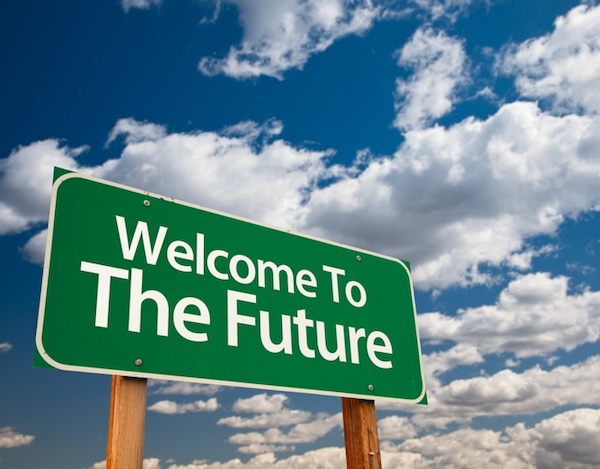 Editor’s Note: The 2020s are shaping up to be a volatile time on multiple fronts. Globally, the Covid-19 pandemic has ushered in the most extreme government controls in history. Censorship is growing rapidly in the West. Economically, the US government has proven that the US dollar is no better than any other fiat currency, and the geopolitical chess pieces are changing to reflect China’s formidable role in the next decade.

Today, legendary speculator and contrarian thinker Doug Casey shares his biggest predictions for what is coming next and what it means for you, your money, and personal freedom around the world.

International Man: Big Tech’s censorship of alternative voices has been on the rise in the US, Canada, and other places.

What do you think the role of Big Tech companies will be?

Doug Casey: Trends in motion tend to stay in motion until they reach a climax, a crisis, at which point anything can happen.

We’re headed for a gigantic world crisis. My guess is that the long-standing trend towards Big Tech getting bigger and more powerful won’t continue—in other words, Big Tech is in the same position that Big Oil was in 1980. It looked like they were going to take over the world. Oil stocks were over 30% of the S&P 500, but today, they’re under 3%.

Big business in general, and now Big Tech in particular, have always had a very cozy relationship with big government—and big government likes that. The two of them fit together like a hand in glove. Big government funnels contracts to Big Tech, and Big Tech acts as the State’s handmaiden.

It’s part of why the average guy has lost faith in government, corporations, and our institutions. They’re now losing faith in the money as inflation rises. When the stock market crashes, they’re going to lose faith in the financial markets.

Massive societal change is looming. But that doesn’t mean the cultures of either Big Tech companies or the government are going to change. Why? Because throughout society, the elite are overwhelmingly statist and collectivist oriented. They’re quite comfortable and don’t want to rock the boat.

The Big Tech companies all started small, founded by entrepreneurial geniuses. Now, however, they’re gigantic and mostly run by managers, “suits,” who have no skin in the game other than shares they get through option grants. They’re so large that they resemble dinosaurs at the end of the Cretaceous. After a certain point, however, the bigger a company gets, the less efficient it becomes. It can’t be managed properly, and it falls apart.

As the crisis unfolds, I think these companies are going to fall apart. Their share prices certainly will.

International Man: What geopolitical trends do you see on the horizon?

Doug Casey: The powers that be—the UN, the World Economic Forum, the European Union, and dozens of others like them—are all trying to consolidate countries, merge them into something that looks like a world government. That seems to be what the elite want, but I don’t think they’re going to get it. A bigger trend—I’ve been saying this for years—is that the countries around the world are actually going to break up. It’s going to happen everywhere, including the US, which could divide into a half dozen or more regional entities.

Canada is increasingly dysfunctional and should devolve into at least three or four countries. The same with Mexico and Brazil. It’s already happening all over Europe. It’s already happened in the USSR, Yugoslavia, and Czechoslovakia. More division is on the way in Russia and Eastern Europe. This trend is going to continue.

Secession, where culturally and economically entities want to break off, will happen all over the world, especially in Africa. Ultimately, the nation-state was a bad idea, but it had a pretty good run from the mid-1600s up to the present. It’s outlived its usefulness.

As I’ve said, many times, Neal Stephenson’s idea of phyles, where people group themselves according to whatever is most important to them, is likely how most places are going to restructure themselves in the future.

International Man: What do you think the future of individual freedom will be?

Doug Casey: Individual freedom has been on a downward trend in the West for well over a hundred years.

Especially starting with the reign of Teddy Roosevelt and the Progressives, the State has grown like a cancer. The Spanish American War, the creation of the Federal Reserve and the income tax, then World War I, cemented the trend in place. It’s very true that ‘War is the health of the state.’

This was followed by the New Deal with Roosevelt, who used the Depression and then World War II as excuses to put all kinds of restrictions on the economy in general and the individual in particular. Roosevelt is often touted as the “best” US president, along with Lincoln. But from the point of view of individual freedom, they were actually the two worst. It’s quite perverse.

Personal freedom has been diminishing for the last hundred years. The big question is: When, if ever, is that trend going to change?

Once again, I go back to this idea of a big crisis coming. Horrible people like Klaus Schwab of the WEF are quite anxious to see it and trying to immanentize the eschaton, as it were. They’re right about the arrival of a Great Reset, but I hope they’re wrong about the form it will take. I think it will be set off by the Greater Depression.

For instance, the bad guys got gunpowder first and used it to cement themselves in power starting in the 14th century. But after a while, the technology drifted down to the peasants. Gunpowder then allowed the common man to take out an armored mounted knight. Although gunpowder helped the rulers to start with, it overturned them in the end.