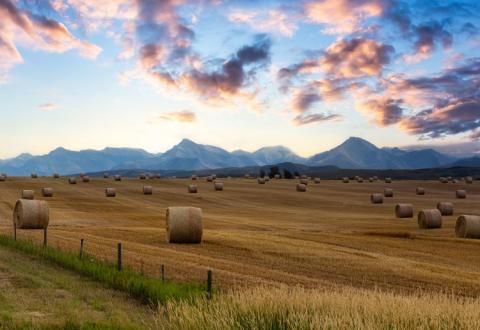 Talks of separatism are not just limited to the United States.

When Canada is brought up in political discourse, it’s usually done to juxtapose its relative stability to the US. Often portrayed as the tamer, more socially stable version of the US, Canada has become a darling of American progressives. Even some American celebrities, caught up in the hysteria of former president Donald Trump’s successful 2016 run, hinted at moving to Canada. Conventional views of foreign countries can be quite misleading, however.

The last few weeks have been rather dicey in Canada. The controversy kicked off after the discovery of the supposed mass graves of First Nations near the former sites of four Canadian Indian residential schools in the provinces of Manitoba, British Columbia, and Saskatchewan. Although there is growing evidence that these discoveries do not point to a genocidal act inflicted on Canada’s indigenous population, the radical Left went about its usual routine by instantly pouncing on the discoveries and using them as a pretext to burn down churches and topple monuments of famous historical figures across Canada.

The Canadian government’s tepid response to this spate of violence has reminded many Canadians of how out of touch Ottawa leaders are with right-wing constituencies in Canada’s western provinces. The latest surge in leftist iconoclasm will likely add further fuel to the separatist fire that has been gestating in the Canadian prairies for some time.

The Canadian Prairies’ Growing Dissatisfaction with the Federal Government

Traditionally, separatism in Canada has been associated with movements within the Francophone province of Quebec to separate from English-speaking Canada and form its own nation. However, parts of Anglophone Canada aren’t seeing eye to eye with Ottawa and its culturally leftist vision, most notably the province of Alberta.

Alberta, nestled between British Columbia and Saskatchewan, with Montana bordering it to the south, has experienced a sense of “western alienation,” viewing itself as excluded from political matters, which are often dominated by the central provinces of Ontario and Quebec.

Since Prime Minister Justin Trudeau assumed office in 2015, factions of the Canadian right have become so polarized and disenchanted with conventional political avenues that they’re now entertaining the idea of separatism in Alberta. The conflict at hand has an economic and cultural component to it.

Of the prairie provinces, Alberta is renowned for its independent streak. In my correspondence with Fergus Hodgson, the director of the start-up research organization Econ Americas and a specialist in Canadian political affairs, he alluded to Alberta’s marked cultural and ideological differences from the more populated, cosmopolitan provinces of Ontario and Quebec.

Hodgson called attention to a unique culture of rugged individualism in Alberta that is not too dissimilar from that seen in states in the mountain west like Wyoming, Montana, and Idaho. By contrast, Laurentian Canada (Ontario and Quebec)  thoroughly adopt the prevailing PC mores characteristic of metro regions throughout the West. For the trendy leftists in Laurentian Canada, Alberta is a backwater that has not been sufficiently assimilated into the PC hive mind. To reach such a universalist goal, the Canadian state will likely have to conduct ever more therapeutic interventions to “correct” recalcitrant Albertans’ perceived deficiencies.

In terms of energy economics, Alberta’s and Ottawa’s interests could not be further apart. The green energy mania is strong in the Great White North and has ruffled the feathers of prairie Canadians, who rely on the natural gas industry for their livelihoods. According to figures from the Canadian government, Alberta produced 71 percent of the marketable natural gas in Canada. Canada possesses the world’s third-largest proven oil reserves, which are mainly concentrated in the oil sands of Alberta and Saskatchewan.

The tensions between the Canadian federal government and its Western provinces over energy policy go back a bit. Grant Wyeth of World Politics Review detailed how Ottawa and the Western provinces butted heads over energy policy back in the early 1980s, when the father of Justin Trudeau, then prime minister Pierre Trudeau, set up a national energy program whose purpose was to keep energy costs down for Canadian consumers, give the country’s industrial sectors a reliable energy base, and redistribute the oil industry’s revenues to the country’s humbler provinces. The latter part of the plan infuriated the Western provinces, who viewed it as Ottawa appropriating economic and political power at their economic and political expense.

For all intents and purposes, Albertans have every reason to question the nature of their relationship with Ottawa.  According to figures geopolitical strategist Peter Zeihan referenced in his book The Accidental Superpower, the average Albertan is a net taxpayer, paying $6,000 more into the national budget than he receives in services. Statistics Canada also confirmed a wide gulf in terms of the taxes Albertans paid in 2015, when they paid $27 billion more into the federal treasury than they received in services. Even in 2019, Alberta accompanied Ontario and British Columbia as one of the three provinces in Canada that was a net contributor. In other words, taxpayers in the aforementioned provinces pay more money to Ottawa than they get back in the form of program spending and transfers.

Tensions between Ottawa and Alberta Aren’t Going Away

In light of their conflicting interests, a clash between Alberta and the central government was inevitable. Tensions between Alberta and Ottawa came to a head in 2019 when Alberta premier Jason Kenney put forward a proposal for a “firewall” panel that would discuss a scenario in which the western province would take a more proactive role in managing its pension program, policing, and spending measures, thereby creating a figurative firewall between it and Ontario. Kenney himself is no proponent of secession but his proposal to have Alberta retain more autonomy in its internal affairs is part of a broader sense of dissatisfaction with the central government that is pervasive in the prairie provinces.

The present Trudeau administration has continued straining economic relations with the western provinces. In a previous article at Mises, Andrew Allison observed that Trudeau’s “veto on the Northern Gateway Pipeline, his proposed ban on single-use plastics, and a carbon tax” have given Albertans more headaches. We also cannot forget about the government’s tough lockdowns in response to covid-19, a move that has undoubtedly contributed to heightened polarization in Canadian politics, as small businesses are forced to close their doors and working-class Canadians must endure the economic anxiety that comes with unemployment. The ruling class in Ontario, like all ruling classes in imperial centers detached from their respective hinterlands, believes they know what’s best for the rest of Canadians, regardless of the massive costs associated with their policies.

In addition to the economically detrimental policies that Ontario wants to subject Albertans to, the current Canadian regime is no exemplar of protecting civil liberties. At the present, the Canadian government is pursuing the passage of an online hate speech law filled with the typical nebulous criteria of what constitutes “hate speech,” a concept that evolves on a daily basis to encompass discourse that makes political gatekeepers uncomfortable. When you add in the Canadian government’s economic meddling and its hostility toward the western provinces’ natural gas industry, it’s no surprise that Albertans gradually see the government in Ottawa as an occupying force that does not take into consideration their local grievances.