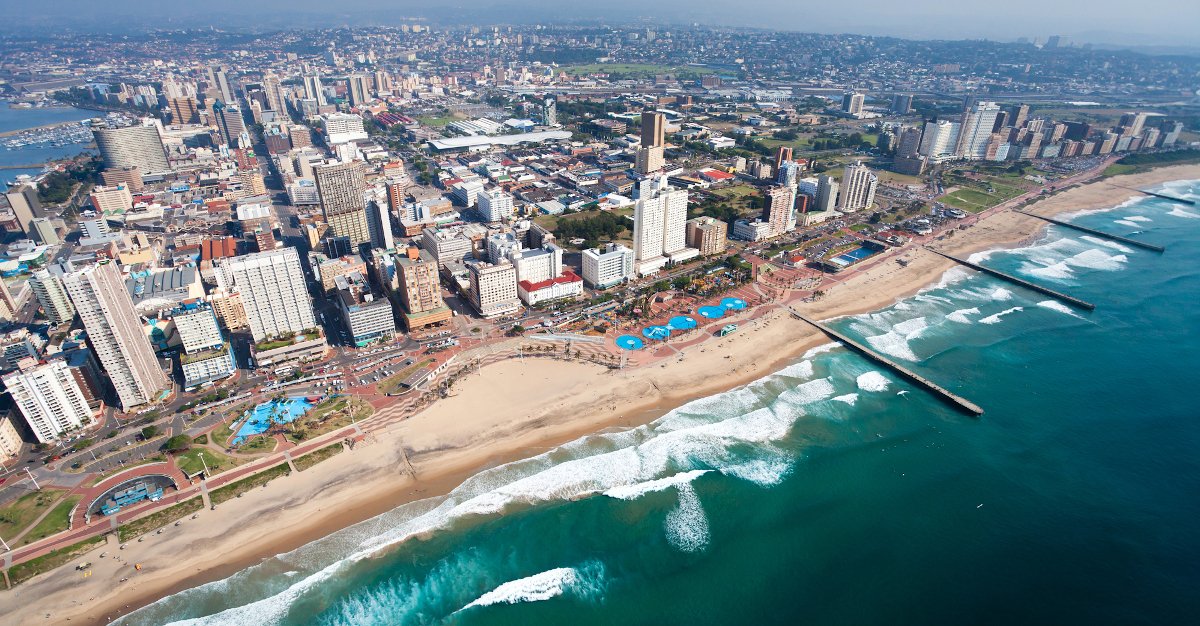 Editor’s Note: Today’s letter is written by a Sovereign Man team member, Andre Bothma, who is based in South Africa.

In KwaZulu-Natal province, where Zuma is from, supporters of the former president launched a massive, coordinated protest campaign against his incarceration. Freeways were blocked with burning tires. Vehicles were stoned. Trucks set alight across the province.

And then the looting and arson started in Durban and Pietermaritzburg, two of the province’s largest cities.

South Africa, once again, is making global headlines for all the wrong reasons.

In case you missed the news, last week former President Jacob Zuma was sentenced to 15 months in prison for failing to appear at a corruption inquiry.

It was probably a calculated risk on his part; had Zuma actually appeared at the tribunal, he may very well have been convicted and sentenced to a much harsher punishment.

And when his sentence was announced, many South Africans gave a collective sigh of relief; it had been a long-overdue victory for the rule of law.

First it was just small shops. But then entire shopping malls were looted and burned to the ground.

Once the shopping malls were in ashes, these “mostly peaceful” protesters moved on to torch distribution centers and loot cargo containers in Durban’s harbor.

They even rampaged against some of the region’s critical infrastructure, going as far as setting a water treatment facility on fire.

At this point the riots were still localized to the KwaZulu-Natal region, Zuma’s home turf.

But then the rioters started agitating for protests to break out in Johannesburg, the country’s economic capital…

Nobody thought the violence was going to spread there; Johannesburg is not a Zuma stronghold, and the locals there enjoy a much greater level of affluence than those living in Zuma’s native KwaZulu-Natal.

And yet, overnight, the violence spread to Johannesburg.

On Monday night, for example, rioters brazenly looted a BLOOD BANK while being filmed on live television.

I live in Cape Town, which so far hasn’t erupted. But the atmosphere here is tense; people are justifiably worried. Yesterday afternoon I came home to find a police NYALA (a NYALA is an armored 4×4 riot control vehicle) speeding past my house.

And the panic buying has already begun; I waited in line for ages last night at my local grocery store, only to find that many major product categories were totally sold out.

The line of cars waiting outside our local petrol station told the same story.

Economic analysts and observers are now sounding the alarm over food security risks; they’re saying that all the looting and burning of major infrastructure and distribution centers could cause a food shortage.

But South Africa is already running out of food — the shortages are here!

Across Durban, finding products like bread, milk and insulin for sale has become almost impossible.

The few shops that are brave enough to remain open are selling loaves of bread for 4-5X the normal price. And good luck finding any petrol anywhere in the city.

As of yesterday, the body count stood at 70.

Over a billion dollars in damages to businesses and public infrastructure.

Thousands of retail jobs, gone for good, and even more at risk.

The rational person needs to be intellectually honest about what’s happening right now: this is deliberate violence and sabotage designed to destroy critical infrastructure and terrify people, all in an effort to influence public policy (and free Jacob Zuma).

But there’s a word for this: terrorism.

And it’s been coming for a long time. South Africa has long been home to instability, corruption, and tension. We have politicians like Julius Malema who pour gasoline on racial tensions and threaten to seize private property.

It’s clear that South Africa has been declining gradually.

But then all this violence broke out very suddenly, practically overnight.

Human beings are easily susceptible to normalcy bias — the bizarre voice in our heads that tells us “everything will be OK” even when the warning signs are completely obvious.