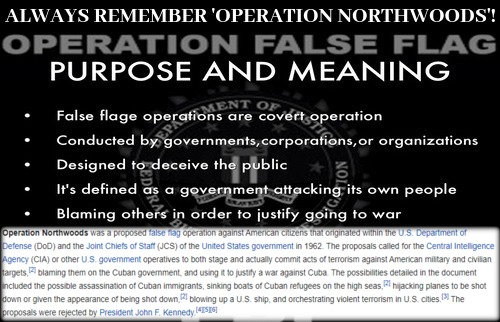 While Democrat-run cities all across America are purposefully transformed by the globalists seeking utter chaos into settings that look a little bit like an apocalyptic movie, General Michael Flynn recently warned Americans across the country to be on the lookout for a massive false flag event to be blamed upon President Trump supporters, a warning that looks even more closer to becoming reality after the Department of Homeland Security put out a warning about so-called ‘white supremacist-connected domestic terrorism’ during the upcoming Fourth of July weekend.

With America’s ‘deep state,’ which helped ‘fix’ the 2020 election by orchestrating the Covid scamdemic with China and Democrats, allowing massive mail-in voting fraud to take place in states all across the country to ‘put’ Joe Biden into office, still ‘controlling’ Biden, General Flynn speculates that a false flag event is coming prior to the release of the Arizona audit results as we’ll hear directly from him in the 1st video at the bottom of this story.

So right on time, as ABC News reports in this new story that ANP reader ‘Green Hornet’ posted to this story’s comment section, a ‘perfect storm’ is now being warned of for this coming weekend, with a DHS bulletin warning of extremist violence as pandemic restrictions are lifted across America and the ‘new extremists’ in America looked at by the radical left establishment as the 100 million+ anti-Biden/President Trump supporters nationwide.

And while ANP would never advocate unjust violence, we strongly agree with America’s Founding Fathers original intentions for the 2nd Amendment of the US Constitution, allowing Americans to defend themselves and their families and loved ones against criminals, or tyrants, in worst case scenarios that we pray never arrive upon American’s shores.

Yet with insane radical leftists calling even America’s Founding Fathers ‘white nationalist terrorists’, just imagine where America would be right now had George Washington and Thomas Jefferson and John Adams and others NOT come along! We’d still be slaves living under the boot of tyrants although historically, “the limits of tyrants are prescribed by the endurance of those whom they oppress!” 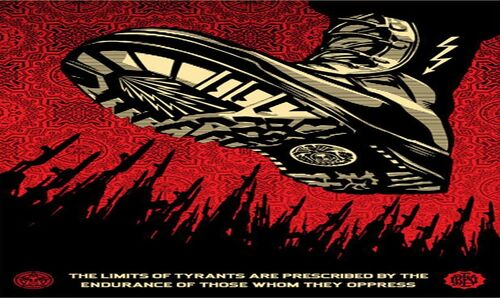 With even the Washington Post reporting back in October of 2018 that “a classic false-flag attack is one in which a perpetrator dresses up as the enemy to create the impression that the enemy committed an atrocity”, and this History story reported that false flags have been historically used to get us into wars and allow draconian government crackdowns upon the people of a country, any talk of the globalists using ‘false flags’ in 2021 is shunned and ridiculed as ‘crazy conspiracy theories’.

Though as ‘Kalbo’ had pointed out in this June 30th ANP story titled “If Americans Knew The Truths About What Have Long Been Called ‘Conspiracy Theories’, US Politicians And The Deep State Would Be Facing Long Overdue And Well Deserved Reckonings”, they don’t want us to know there is at least some truth behind almost every ‘conspiracy theory’.

Warning us within that story that one of the best ways to discover the truth about anything the globalists love to censor is to search for where we receive the most resistance, claiming once you find out that, you are ‘over the target’, there’s little doubt in our minds now that ‘the target’ is the 2020 election fraud carried out by Democrats to ‘install’ Biden into office, and the ‘covid coup’ used to accomplish it.

With just such a mention of that to Democrats either online or in person bringing about not only anger and ‘resistance’ but talk of ‘you are insane’, what might the ‘deep state/democrats’ do to America to bring about their long-worked-towards ‘new world order’, itself just a ‘conspiracy theory’ in the babblings of the mainstream media ‘apparatus‘?

We certainly wouldn’t put anything past those who once planned on launching terrorist attacks upon the American people, blaming those attacks upon others, to get America into a war they desired. The excerpt below comes to us from this wikipedia entry for Operation Northwoods.