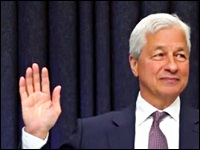 The unthinkable is happening with alarming regularity at the Frankenbank JPMorgan Chase. Over the last seven years, with Chairman and CEO Jamie Dimon at the helm, JPMorgan Chase has managed to do what no other federally-insured American bank has managed to do in the history of banking in the United States. The bank has admitted to five separate felony counts brought by the U.S. Department of Justice, while regulators took no action to remove the Board of Directors or Jamie Dimon.

Now, once again, the outrageous hubris of this Board is on display. Just last fall the bank forked over $920 million of shareholders money to settle its fourth and fifth felony counts brought by the Department of Justice, this time for rigging the precious metals and U.S. Treasury market. Now, in the dog days of summer, rarely a time for bonuses on Wall Street, the JPMorgan Chase board announced on July 20 that it is giving Dimon 1.5 million stock options which, according to a specialist cited at Bloomberg News, have a total value of $50 million on paper.

In its filing with the SEC, the Board wrote this about the 1.5 million stock option award to Dimon:

“This special award reflects the Board’s desire for Mr. Dimon to continue to lead the Firm for a further significant number of years. In making the special award, the Board considered the importance of Mr. Dimon’s continuing, long-term stewardship of the Firm, leadership continuity, and management succession planning amidst a highly competitive landscape for executive leadership talent.”

Translation: No one else wants to run a mega bank with a rap sheet like ours.

Here’s the sneaky way that the Board gave Dimon a $50 million bonus. According to the SEC filing, the exercise price of the options is “equal to the average of the high and low prices of JPMorgan Chase & Co. common stock on July 20, 2021” – the date of the award. As luck would have it for Dimon, the stock traded in a wide range that day, with a low of $146.33 and a high of $151.12, providing an average exercise price of $148.73 – a very low exercise price for a stock that has traded in the $160s this year. Dimon would get the difference between what he pays to exercise the option (the exercise price) and what it’s trading at when he decides to sell the stock.

Dimon cannot exercise the options for five years, at the earliest, but with the Board also rubber stamping Dimon’s ability to prop up the bank’s share price by using shareholders’ money to buy back tens of billions of dollars in stock each year, it’s a win, win situation for Dimon. It also doesn’t hurt that federal regulators insanely allow these mega banks on Wall Street to trade their own stock in their own dark pools.

The SEC filing also notes this about the stock option award: “The options are not part of Mr. Dimon’s regular annual compensation and will not be awarded on a regularly recurring basis.”

That means that Dimon is also likely to get the $31.5 million (or more) in regular compensation that he received for calendar year 2020 from his hubristic Board, giving him a paper compensation of about $81.5 million for the year. (Which is going to send other Wall Street CEOs stomping into their Board rooms and demanding similar perks.) According to Forbes, Dimon has a net worth of $1.8 billion, the bulk of that coming from his stock-based awards at JPMorgan Chase, which are part of his annual compensation.

Dimon learned how to game his way to billionaire status via stock options from the Master – his mentor Sandy Weill. Dimon was Weill’s first lieutenant as they hatched up merging Citibank, the federally-insured bank, with Traveler’s, which at the time owned the speculative trading houses of Salomon Brothers and Smith Barney. The merged company was called Citigroup and was illegal at the time in 1998. It led to Congress repealing the Glass-Steagall Act the very next year in order to allow the deal to survive. Citigroup became insolvent just nine years after the repeal of Glass-Steagall, leading to the Federal Reserve Bank of New York secretly funneling $2.5 trillion in cumulative loans to Citigroup to prop it back up.

Weill’s Machiavellian get-rich-quick device became colloquially known on Wall Street as the Count Dracula stock option plan – it was impossible to kill it. You also couldn’t prosecute it, because Citigroup’s highly-compensated Board of Directors had authorized it.

Weill’s plan worked like this: every time he exercised one set of stock options, he got a reload of approximately the same amount of options. Stock option grants are supposed to be based on outstanding performance, which benefits the shareholders. But even in years when Citigroup was being pummeled in the media for facilitating frauds at WorldCom and Enron and issuing fraudulent research to the public, Weill continued to receive his re-loaded stock options.

(If you’re seeing a similarity here to what’s going on at JPMorgan Chase with Dimon’s stock options and stock awards, you’re on the right track.)

Graef “Bud” Crystal, a corporate compensation expert, is the man who coined the Dracula analogy for Weill’s stock options. In an article for Bloomberg News, Crystal explained that between 1988 and 2002, Weill “received 96 different option grants” on an aggregate of $3 billion of stock. Crystal says “It’s a wonder that Weill had time to run the business, what with all his option grants and exercises. In the years 1996, 1997, 1998 and 2000, Weill exercised, and then received new option grants, a total of, respectively, 14, 20, 13 and 19 times.”

When Weill stepped down as CEO in 2003, he had amassed over $1 billion in compensation, the bulk of it coming from his reloading stock options. (Weill remained as Chairman of Citigroup until 2006. The bank’s share price fell to 99 cents in 2009, despite all of the Fed’s secret bailouts.) 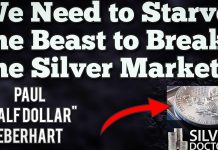