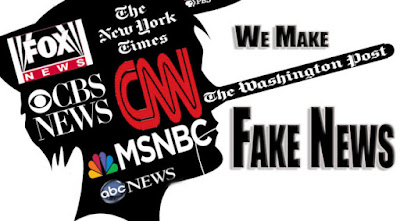 In just the latest judgement by the people about the media, Reuters Institute for the Study of Journalism at Oxford published a recent report where we witness just the latest in a long line of failing marks for American media.

As the media in multiple parts of the world are more “state run,” or political activism rather than legitimate news reporting, we find that trust in media in the U.S. is one of the lowest, coming in at 29% globally that trusts American journalism.

Via Jonathan Turley we get just a few highlights of why American news outlets is continuing to race each to the bottom to see “how low they can go,” with their “woke” Activism rather than true journalism.

The plunging level of trust reflects the loss of the premier news organizations to a type of woke journalism. We have have been discussing how writers, editors, commentators, and academics have embraced rising calls for censorship and speech controls, including President-elect Joe Biden and his key advisers. Even journalists are leading attacks on free speech and the free press.  This includes academics rejecting the very concept of objectivity in journalism in favor of open advocacy. Columbia Journalism Dean and New Yorker writer Steve Coll has denounced how the First Amendment right to freedom of speech was being “weaponized” to protect disinformation. Likewise, the University of North Carolina recently offered an academic chair in Journalism to New York Times’ Nikole Hannah-Jones. While Hannah-Jones was awarded a Pulitzer Prize for her writing on The 1619 Project, she has been criticized for her role in purging dissenting views from the New York Times pages and embracing absurd anti-police conspiracy theories. Even waiting for the facts is viewed as unethical today by journalism professors who demand that reporters make political or social declarations through their coverage.

Those are just a few examples from Turley, but a look at the “news” coverage over the last week, the direct lies that a journalist  (from Wapo) continues to leave up on her social media account, despite even Democrats calling her out for fake news, MSNBC guest allowed to blame “cowardly, butt-hurt” police for the nation’s crime surge after the democrats’ push to “defund the police” backfired.

CNN has continued on with their weird obsession with Fox News’ Sean Hannity and Tucker Carlson. That is likely because CNN ratings continue to tank while Fox News is still rated as #1 in cable news ratings. That is despite the backlash against Fox by conservatives over the course of the last year.

Unless CNN is prepared to admit openly that President Donald Trump was the only thing that kept their ratings alive, they can no longer blame Trump for their downward spiral into irrelevancy.

Now that Trump is back to traveling for rallies, CNN, MSNBC and other liberal media outlets, may see a slight uptick in numbers as they moan, groan and whine about every word Trump utters in his speeches, but the pushback against the media malpractice didn’t end with Trump leaving the White House.

Others are making it a point to highlight the lack of honesty from the mainstream media, such as GOP member Mo Brooks, who was recently approached by CNN’s Jim Acosta, and refused his questions while telling him on camera I do not do interviews with CNN because I do not trust CNN to be honorable or truthful.”

Acosta continued to push for answers and Brooks, who again said “I’ve already said what I’m going to say. “I don’t trust y’all to be truthful or honest.”

As Brooks got onto his bike to ride away, he then  concluded with ““See ya. You guys will lie through your teeth any chance you get.”