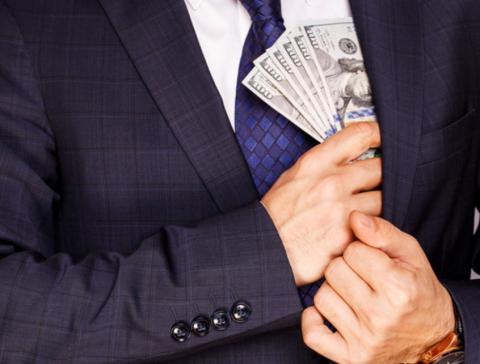 Policymakers know they hold immense power to regulate and punish firms that don’t play ball. Industry leaders know this too. So it’s likely both sides will indeed end up “playing ball.”

The Democrats in Congress want comprehensive regulation of social media which will ultimately allow regime regulators to decide what is and what is not “disinformation.” This has become very clear as Congress has held a series of Congressional hearings designed to pressure tech leaders into doing even more to silence critics of the regime and its preferred center-left narratives.

Back in February, for instance, Glen Greenwald reported:

For the third time in less than five months, the U.S. Congress has summoned the CEOs of social media companies to appear before them, with the explicit intent to pressure and coerce them to censor more content from their platforms.

House Democrats have made no secret of their ultimate goal with this hearing: to exert control over the content on these online platforms. “Industry self-regulation has failed,” they said, and therefore “we must begin the work of changing incentives driving social media companies to allow and even promote misinformation and disinformation.” In other words, they intend to use state power to influence and coerce these companies to change which content they do and do not allow to be published.

(The February hearing wasn’t even the end of it. Big Tech was summoned yet again on March 25.)

Greenwald is probably right. The end game here is likely to create a permanent “partnership” between big tech in which government regulators will ultimately decide just how much these platforms will deplatform user and delete content that run afoul of the regime’s messaging.

It might strike many readers as odd that this should even be necessary. It’s already become quite clear that Big Social Media is hardly an enemy of mainstream proregime forces in Washington. Quite the opposite.

Jack Dorsey, for instance, is exactly the sort of partisan regime apparatchik one expects out of today’s Silicon Valley. For example, during October of last year, Twitter locked down the account of the New York Post, because the Post reported a story on Hunter Biden that threatened to hurt Biden’s chances for election. Over 90 percent of political donation money coming out of Facebook and Twitter goes to Democrats.

Yet, it’s important to keep in mind that this isn’t going to be enough to convince politicians to pack up and decide to leave social media companies alone. The regime is unlikely to be satisfied with anything other than full state control of social media through permanent regulatory bodies that can ultimately bring the industry to heel. Regardless of the ideological leanings of the industry players involved, they’re likely to see the writing on the wall. As with any regime where the regulators and legislators hold immense power—as is the case in Washington today—the regime will generally be able to win the “cooperation” of industry leaders who will end up taking a “if you can’t beat ‘em, join ‘em” position.

Silicon Valley Is Ideologically Allied with the Regime. But That’s Not Enough.

It’s been abundantly clear for at least a decade that ideologically speaking, Silicon Valley is as politically mainstream as it gets. The old early-2000s notion that Silicon Valley harbors secret libertarian, antiestablishment leanings has been disproven dozens of times over.

Moreover, Washington has a long history of co-opting tech “geniuses” to serve the whims of the regime. Even back in 2013 Julian Assange already saw the “ever closer union” between government agents and Silicon Valley. Assange saw how federal agencies were hiring Silicon Valley workers as “consultants” and saw where the “partnership” was headed. He concluded “The advance of information technology epitomized by Google heralds the death of privacy for most people and shifts the world toward authoritarianism.”

But even if Silicon Valley is packed full of stooges for the NSA—as appears to be the case—this still doesn’t mean that Silicon Valley firms are willing to happily hand over their property to the federal government. After all, Silicon Valley CEOs, managers, and stockholders are all still at least partly in it for the money. All else being equal, they prefer profit to loss, and they want freedom to make decisions free of regulatory control. They probably don’t care about freedom in the abstract, but they care about it for themselves.

The Threat of Regulation Creates Support for the Regime

On the other hand, once federal policymakers and regulators start making threats, the game changes entirely. All of a sudden, it makes a lot of sense to pursue “friendly” relations with the state as a matter of self-preservation. If Washington has the ability to destroy your business—and if it has become impossible to “fly under the radar”—then it makes a lot of sense to make Washington your friend.

So, it should never surprise us when big business ultimately ends up siding with the regime. It would be folly not to, especially if one has the means to hire lobbyists, attorneys, and PR consultants which can help Big Business negotiate effectively with regulators. Needless to say, the outcomes of these negotiations are likely to end up helping the big players at the expense of smaller ones who aren’t even present at the negotiating table.

For small firms that have little hope of influencing federal policy, it still makes sense to simply oppose federal activism altogether and hope for the best. But if your firm manages to get a seat “at the table” it’s best to seize the opportunity. To quote an old saying among lobbyists: “if you’re not at the table, you’re on the menu.”