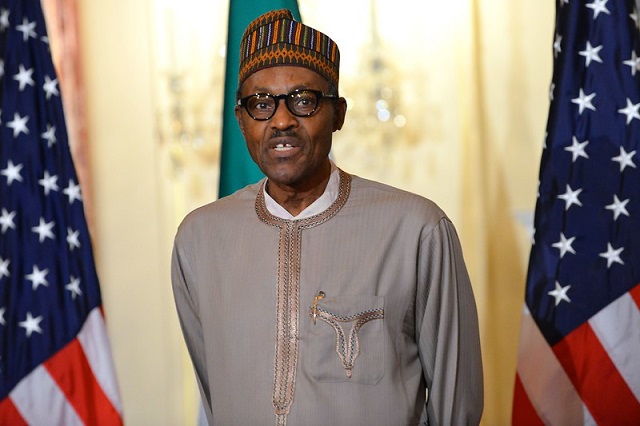 The big difference is the President of Nigeria is actually fighting back rather than choosing to “monitor the situation.”

On Wednesday, Twitter censored Nigerian President Muhammadu Buhari’s tweet warning separatists/insurrectionists who have been killing police and attacking Nigerian infrastructure that they’re going to be dealt with “in the language they understand.”

“Many of those misbehaving today are too young to be aware of the destruction and loss of lives that occurred during the Biafra war,” Buhari said in a now-deleted tweet. “Those of us in the fields for 30 months, who went through the war, will treat them in the language they understand.” 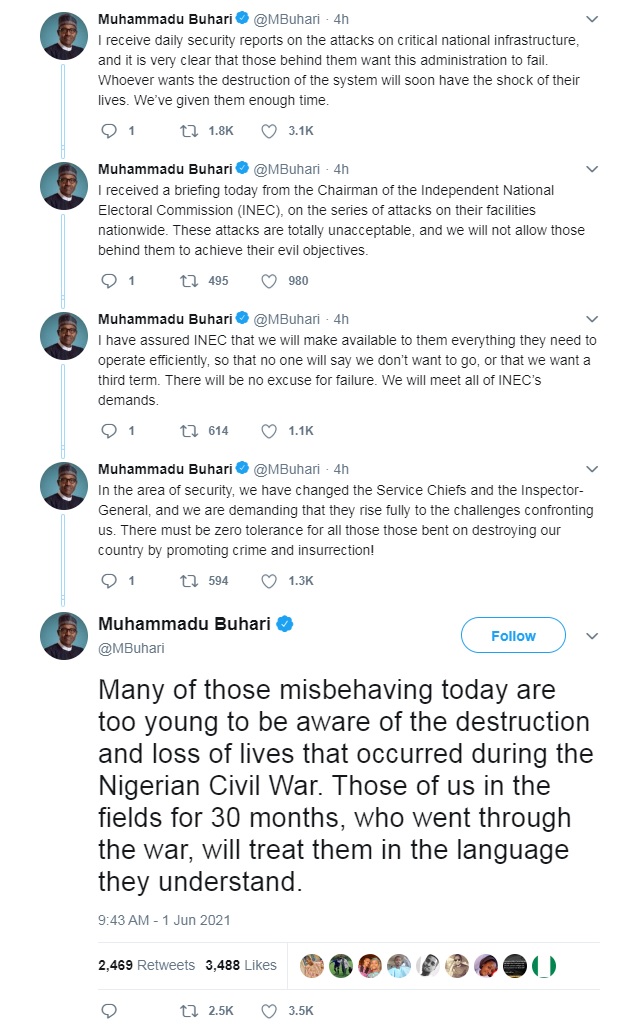