“We must war against all prevailing ideas of religion, of State,
of Patriotism. The idea of God is the keynote of a perverted
civilization. It must be destroyed”. — Karl Marx (circa 1848) 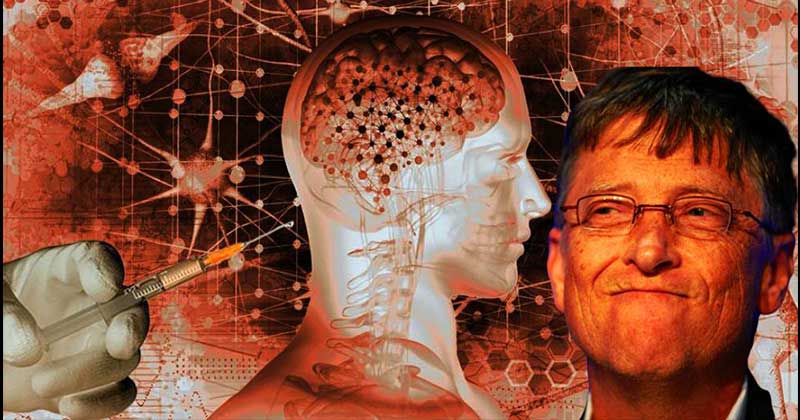 . It’s come out in the last week or so that Dr. Anthony Fauci lied and perjured himself in a Senate hearing recently stating that he neither funded nor even knew about the “Gain of Function” Research going on at the Wuhan bio-lab. In a video of Dr. Fauci’s testimony on the research back in 2012, he said, “The risk of Gain Of Function research is worth the risk of a pandemic.” Dr. Fauci also recently revealed that half of the doctors at the CDC and the National Institute of Health have refused to get the vaccine, why is this not the lead story on every newscast?

And new evidence has emerged from Joe Biden’s son Hunter’s laptop, that shows, despite China Joe’s denials of ever discussing his foreign business dealings with his son, it was far from the truth. Numerous emails now verify what former Biden senior business partner turned whistleblower, Tony Bobulinsky, said before the election, Joe knew everything! And Marylyn Todd, founder of the New Hampshire Voter Integrity Group, said she’s discovered the smoking gun” proof of election fraud in New Hampshire.

Not only has the mainstream-controlled media refused to report these stories, New York Attorney General Leticia James, a Democrat activist could care less about Hunter’s felonious past. She has former President Trump in her crosshairs. She announced this month that she is joining with the Manhattan District Attorney’s office in a criminal investigation of the Trump Organization where they are going over his records for decades looking for a crime. The party of Marxists that is defunding police, releasing violent criminals early, dropping charges for violent Black Lives Matter and Antifa thugs, and has given a pass for years to criminals like the Clintons and Biden crime families, they can’t wait to punish the President that put America first and secured the borders.

The media is not only censoring the most important news from the people, but they also continue to be vaccine salespeople for Bill Gates and the pharmaceutical companies pushing these vaccines that continue to damage and kill people. Dr. Luc Montagnier, a world-renowned Nobel Prize-winning virologist who discovered the AIDS Virus, said, “these vaccines are causing the variant strains” and has warned that this program was ill-conceived, unnecessary, and is killing people!

Dr. Pierre Gilbert said in 1995 that soon new laws mandating vaccines that contain liquid crystals, when exposed to magnetic frequencies, will turn the recipients into zombies. He said, “poisons would be put in the blood and the veins of humanity by creating these infections voluntarily, and through the creation of laws to force people to receive the vaccines. We are going to put liquid crystals in the vaccines which will be hosted inside your brain cells, this will make them micro receivers of magnetic fields sent by ultrasonic bands of very, very low frequencies which will render them unable to think for themselves, like zombies.” He also cautioned that this is not a project they are working on. This is something they have already done before. He said, “do you remember Rwanda?”

Hmm…magnetic fields? Is that why magnets stick to the skin of those who’ve been vaccinated?

Squalene was a Lipid that was used in the vaccines administered to soldiers shipping off to the first Gulf war in Iraq. Many people believe that Squalene was the cause for “Gulf War Syndrome.” SM-102 is a Lipid that is being used in the mRNA vaccines and many people are asking why this poison is in these vaccines! Side effects of SM-102 include cancer, infertility, and damage to the nervous system, kidneys, and respiratory system. Newsweek reported that biochemical manufacturing company Cayman Chemical sells SM-102 as a research chemical. Their site states that the SM-102 product it sells is “for research use only, not for human or veterinary use.”

Like every poison found in vaccines or other products approved for use by humans, apologists always insist that the levels of these poisons, like Radiation, Mercury, Aluminum, Formaldehyde, Fluoride, and many others are only used at a level that is “Safe for human consumption”. We will find out how safe SM-102 is soon enough as there is no shortage of guinea pigs lining up to be experimented on.

I’ve been following Sofia Smallstorm since her excellent video, “911 Mysteries” seen by millions of people around the world, and a major blow to the ridiculous official version of the event given to the public by our government. Sofia has done some great work exposing the dangers of Glyphosate, 5G, Geoengineering, Chemtrails, Cell phones, Smart meters, dirty electricity, stray voltage, and how EMF and wireless technology affect and damages human cells. In a recent interview with the SGT Report Smallstorm says that synthetic bio-computers are being injected into people by these smart vaccines. This is what MRNA is. Those that accept this vaccine will have biocomputing circuits running through their bodies. Anyone taking this DNA-modifying mRNA jab, which is not a vaccine, is taking part in a transhumanist experiment/agenda.

Smallstorm goes on to say that, “Changing the quality of humanity or human life is also a form of Population Control”. They are reducing people down to very simple entities under the thumb of our global controllers who no longer want them to even control their own destiny. Cells and viruses are like machines and they are trying to rewrite the codes that run our bodies. Apparently, the mad scientists at the National Institute of Health and the CDC have figured out a way to control humans on a cellular level using mRNA which gives instructions to human cells. This sounds like something right out of Dr. Frankenstein’s journal!

The decision to receive these vaccines isn’t just a matter of safety and efficacy. There is a moral dilemma that people face, and that is, will you still be human after being rewired by these DNA-changing vaccines? We still don’t know what all of the ingredients are!

Sofia explained that “Laboratory viruses” or synthesizing viruses come from “worked or reduced” material that most often comes from human feces, and also comes from plants. In the 1880s a Russian Virologist, named Dimitry Ivanovsky, who turned liquid filtrates taken from a tobacco plant made a virus from it called the Tobacco Mosaic Virus, (TMV) which was the first virus studied under an electron microscope, and is still in use today. Most would be shocked to find that the Polio Virus that went into the Polio Vaccine in the 1950s was made from scratch from laboratory chemicals and formulas using base material from the feces of children who had Polio. The Polio vaccine also contained a cancer-causing Monkey virus called SV40 that was injected into 98 million people before it was stopped and is still killing people every year.

They take these man-made bio viruses and turn them into crystalline filtrates, or protein crystals. These crystals are programmable. The material in the syringe contains these crystals that carry the mRNA into your system. The mRNA has instructions for the cells to make spike proteins which become exosomes (a cell that carries instructions to other cells) that then travel through your body to other cells that receive it as an endosome which follow the instructions and push it out as an exosome again. Some believe these crystals can break apart in your system and are causing damage to the brain. Are these spike proteins causing the blood clots that are killing people?

Sonja says these viruses are man made in labs, all come from plants, and all resemble one another. Once reduced to these crystal plantforms, these plant derivatives, become DNA and RNA building blocks in the lab. So they are making crystals out of plants and those are their building blocks. Called viruses, these building blocks are inserted into vaccines and claim to build immunity in the bodies of humans and animals that receive them. “These man made viruses have been delivering unnatural instructions to living cells in a range of global experiments for decades”.

In a new report on Forbiddenknowledgetv.net Amandha Vollmer, a Naturopath reveals in a bombshell new video that the PCR test is a scam. She shows that one of the World Health Organization’s primer sequences in the PCR test for SARS-CoV-2 is found in all human DNA. The sequence they are using for the Coronavirus is the sequence for Chromosome-8, which is one of the 24 chromosomes in the human body. Is it any wonder everyone tests positive?

While the news people, TV, and radio personalities, athletes, entertainers, and ESPN pundits are busy pushing Bill Gates’ Vaccines, impervious, in their ignorance, to the Death and injury that has been caused by these vaccines, people continue to die. Facebook still won’t allow postings of deaths from the vaccines and even censored a comment from a 25-year-old pre-school teacher named Desiree Penrod who, a few days after receiving the COVID jab wrote on her Facebook page, “This vaccine is killing me,” only to have Facebook delete the comment because they said they couldn’t fact check it. The young woman died just a few days later.