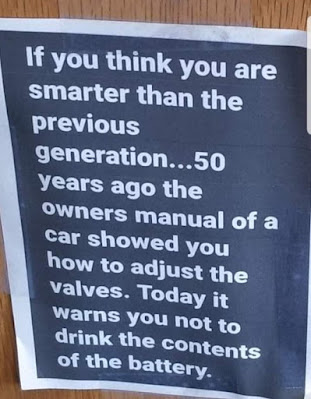 Every generation thinks they are going through worse things than their parents did. They aren’t.

Every generation believes their issues and problems are “new.” They aren’t.

Every generation thinks they are “smarter” than the generation begore them.  They aren’t.

Technology has advanced, but the human brain itself, has not. In fact, after looking through some top stories out there, it appears as if we, as a human race, are becoming dumber, not smarter.

There is a lot happening present day that is completely insane, from threats of world war, to active civil unrest within America, to people so very obsessed with President Trump that they don’t seem to realize he is no longer in the White House, to a psychiatrist describing her “fantasies” of murdering white people, to a Yale audience.

This and so much more gives us insight into a nation that is rapidly going insane.

Yet this is the world we now live in.

Am I exaggerating? Lets see.

Recently we reported on a number of networks that are supposedly kid-friendly, all pushing the LGBT agenda onto America’s children, and now we see yet another headline that shows America going to hell in a handbasket.

The teen in question is only 13 years old.

Nickelodeon has cast its first-ever openly transgender teenage actor in a live-action show, Sasha A. Cohen, who will be featured in the children network’s series Danger Force. The 13-year-old actor — along with his twin sister Natalie Cohen — will appear on the June 19 episode of Danger Force, according to a report by Variety.

Where to start here.

A child allowed to make that type of a life choice, which will hold ramifications for their whole lives.

What is wrong with their parents?

A supposedly child-friendly network pushing trans children onto other children via a live action show.

Both show an extreme abdication of responsibility since every study into this topic shows that trans teens attempt, and commit suicide at a much higher rate than teens collectively.

Of course if one reads the LGBT Movement’s version of the reasons behind those above average suicide rates, they blame bullying, or non-acceptance, while completely ignoring the mental issues that comes from being gender confused.

A confusion I may add that is being enhanced by the media, the entertainment industry and the LGBT society (gay mafia).

Recently a CBS News’ 60 Minutes segment discussed red states refusing to allow life altering hormone and/or surgical procedures on children or teens, which was fine and dandy with their LGBT, leftists audience.

Then they dared address those that changed their minds, after altering their entire lives, and the left became completely unhinged because their orthodoxy was challenged, the truth was addressed, and the damage done to those youths was exposed, which goes against the preferred narrative.

Some of those stories were nightmares, including one where a teen had been given hormone treatments, had his testicles removed and had breast augmentation, all within a three month period.

Then changed his mind.

How do you undo that type of damage. And, how do you let your children physically maim themselves before they are old enough to understand the ramifications of doing so?

ANP NEEDS YOUR HELP: Before continuing, we wanted to thank everybody who has donated to ANP over the years. With donations and ad revenue all that keep ANP online, if you’re able, please consider donating to ANP to help keep us in this fight for America’s future at this critical time in US history. During a time of systematic, ‘big tech’ censorship and widespread Democrat corruption, truth-seeking media and alternative views are crucial, and EVERY little bit helps more than you could know!) 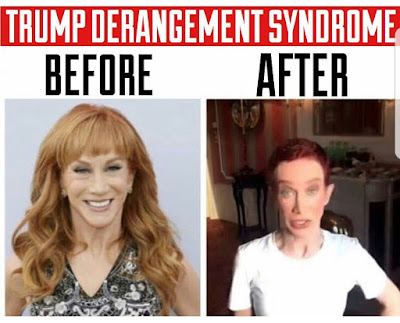 President Trump gave attended a rally the North Carolina Republican Convention on Saturday, where he gave a speech that was incredibly well-received from the participants, but online Trump Derangement Syndrome (TDS) infected lunatics, spent an entire night going over stills of his speech, not for the content, but so they could examine his “crotch.”

Some weirdo decided to claim that Trump was wearing his pants “backwards,” so others decided to try to confirm or debunk this theory.

I absolutely refuse to take the time to put each and every social media post discussing Donald Trump’s crotch, zipper and wrinkles, into this piece, but thankfully that is what the website Twitchy is for, to capture the idiocy found on Twitter.