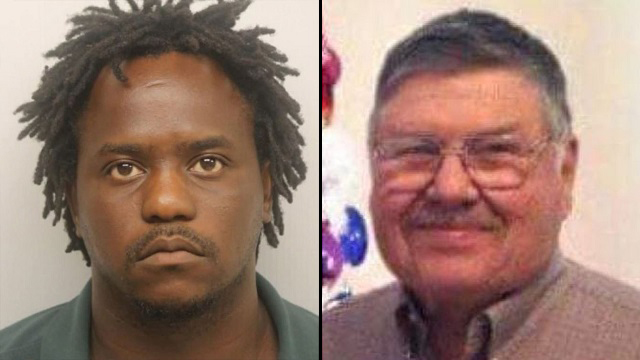 Devon Dontray Dunham has been found not guilty of murder in the shooting death of unarmed former volunteer fire chief Ernest Martin Stevens, 77, despite his confession and 19 witnesses taking the stand against him.

The shooting took place near Stevens’ home in Hardeeville, South Carolina on Aug 10, 2017.

According to Dunham’s lawyer, an armed Dunham “wanted a ride” from Stevens and approached him while he was sitting in his Ford F-150 in a parking lot “but felt threatened” by him and saw him “reach for something” so he decided to unload all 8 rounds of his 9 mm handgun into Stevens’ truck before running away.

Dunham struck Stevens with four bullets that hit his jaw, left arm, back and chest and fatally injured his heart and lung. 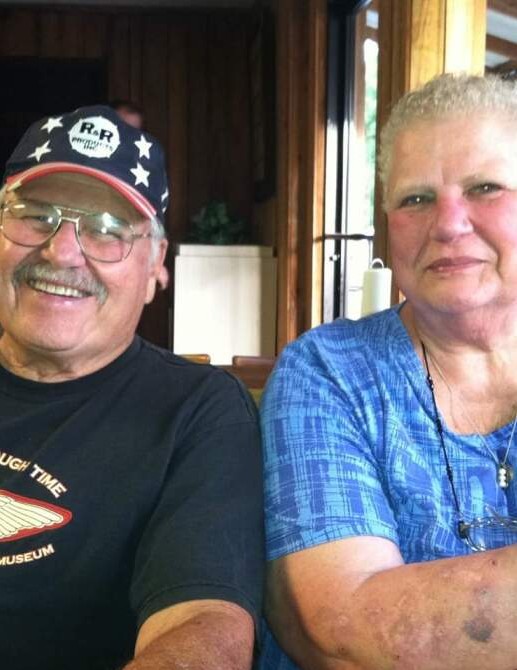 Ernest Martin Stevens pictured together with his late wife, Geraldine Stevens
Dunham initially lied to police and “denied knowing anything about the shooting” and “said he wasn’t in the city at the time” before confessing and claiming he “wasn’t trying to hurt him” when he unloaded into his car. 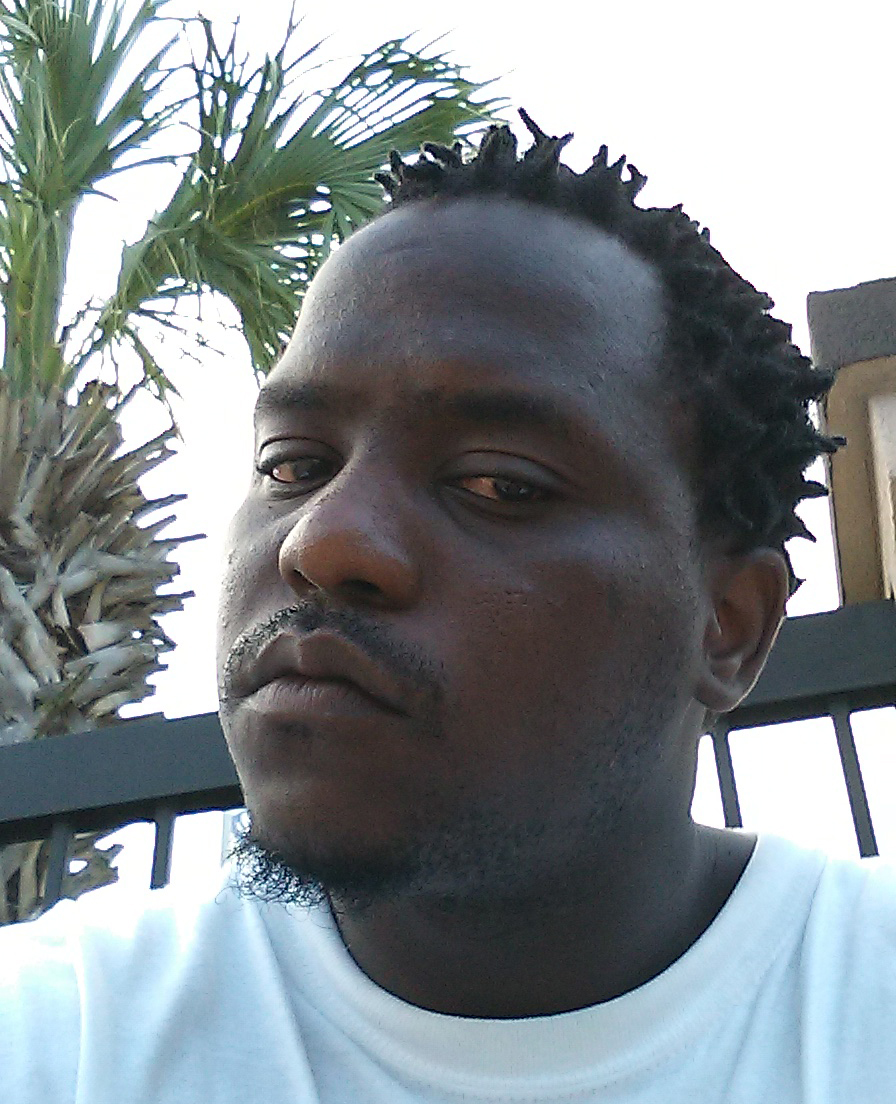 Dunham appears to have been acquitted because his lawyer made vague insinuations that racism may have been at play. Even though said insinuations were swiftly shut down by the judge, at least one member of the jury appears to have decided that was all they needed to hear and found him not guilty after less than 2 hours of deliberations.

“In South Carolina law, murder is ‘the killing of any person with malice aforethought, either express or implied,'” The Island Packet reported. “The prosecutors have to prove the charge ‘beyond a reasonable doubt’ and all 12 jurors must agree on whether the verdict is guilty or not guilty.”

Dunham breathed an audible sigh of relief through his face mask after hearing the verdict and softly fist-bumped his attorney.

Stevens, 77, was shot to death just before 9 a.m. Aug. 10, 2017, while sitting in the driver’s seat of his Ford F-150 truck in the Argent Square parking lot near his home off Ulman Street in Hardeeville.

Dunham, 28 and living at Hardeeville at the time, was arrested related to the killing a day later in Savannah. His trial started Tuesday in Ridgeland on charges of murder and possessing a weapon during the commission of a violent crime. 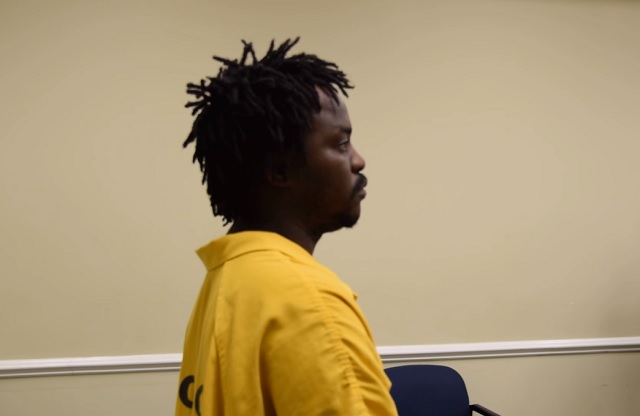 Throughout Tuesday and Wednesday, 19 witnesses were called, including neighbors who saw or heard the shooting, law enforcement officers involved in the investigation and arrest, and experts who reviewed evidence such as a 9 mm handgun, spent bullets, the autopsy report, footprints at the scene and Dunham’s confession to police.

During closing arguments on Thursday, 14th Circuit Solicitor Duffie Stone wove together a story of a frustrated Dunham searching for a ride when he came across Stevens.

“… He sees a target,” Stone said. “A 77-year-old man alone with a running truck. What great fortune for Devon Dunham, a vulnerable elderly man by himself.”

Stone alleged Dunham walked up to Stevens, told him to give him the truck, then unloaded all eight rounds in his 9 mm handgun when Stevens tried to drive away.

“He shot Mr. Stevens because he was losing his ride,” Stone claimed, adding here’s no argument of the facts because “most of what I told you Devon Dunham told you” in his admission to police. 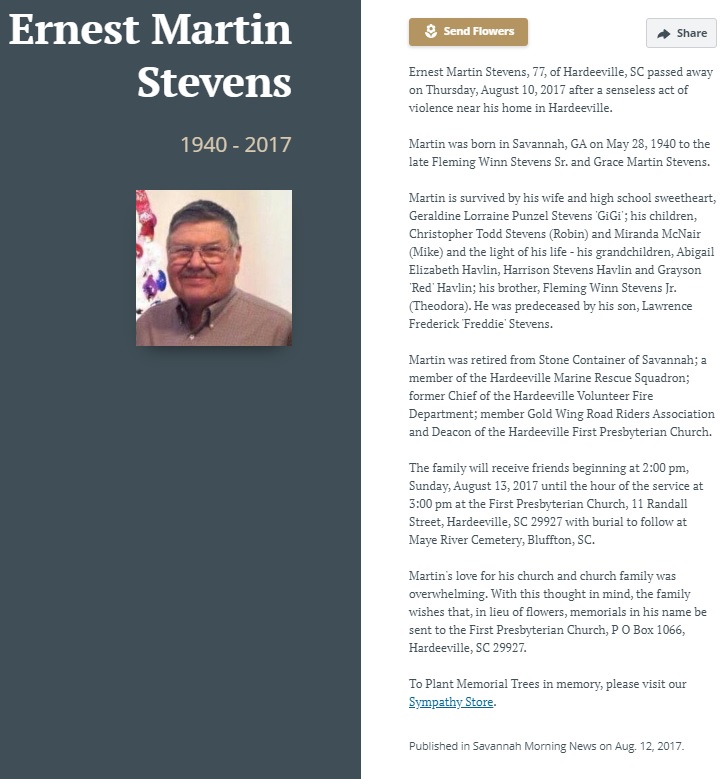 He also said Dunham “is not the best communicator,” which may have affected how he explained what happened to Hardeeville officers after his arrest. By the time Dunham admitted to shooting Stevens, he had been handcuffed to a wall in the interview room for six hours and was “sleep deprived,” his attorney said.

The defense began arguing that race, Dunham being a Black man and Stevens being white, could have played a part in the incident, but Stone objected and the judge agreed to not allow the theory.

The Island Packet’s previous article on the trial has more: