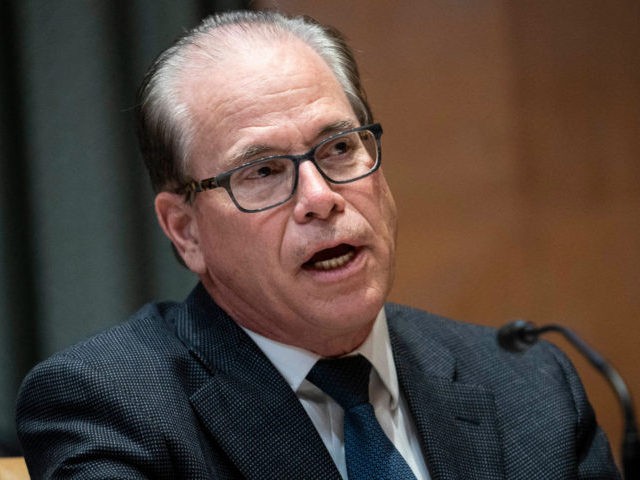 President Joe Biden tried to soften his language after he threatened to block a bipartisan bill if Congress did not pass a leftist reconciliation bill containing more social spending than physical infrastructure.

Biden and House Speaker Nancy Pelosi’s (D-CA) hardline tactics have enraged many Senate Republicans, many of whom are wary of a deal that would entail tying an infrastructure bill backed by Democrats and Republicans with legislation that would contain more climate change and welfare provisions.

Any compromise on paid-for infrastructure is a bad deal so long as President Biden, Speaker Pelosi, and Leader Schumer insist on pursuing a multi-trillion dollar tax-and-spend reconciliation package to further transform Americans’ relationship with our government through a cradle to grave welfare state.

President Biden made clear that he won’t sign this bipartisan infrastructure compromise unless he has a social welfare package to sign with it which undermines the purpose of a bipartisan proposal. With a 50-50 split Senate and each Senator having the power to stop any legislation from moving forward, Senator Daines hopes that Senator Tester would not allow President Biden to hold any true infrastructure compromise hostage and refuse to support a multi-trillion dollar social welfare package with massive tax increases.”

The Republican senators released their statements as Senate Minority Leader Mitch McConnell (R-KY) said Monday that he wants to ensure a bipartisan infrastructure deal does not result in funding “Green New Deal socialism.”

Unless Leader Schumer and Speaker Pelosi walk-back their threats that they will refuse to send the president a bipartisan infrastructure bill unless they also separately pass trillions of dollars for unrelated tax hikes, wasteful spending, and Green New Deal socialism.