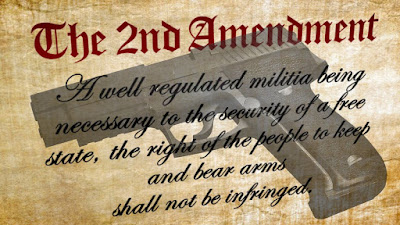 By now many have already heard that Federal Judge Roger T. Benitez has struck down a 32 year ban on “assault weapons” in California. In his judgement Benitez expanded on what is and what is not truly “assault” weapons, as well as taking a hit at the media’s mischaracterization of the damage caused by AR-15’s in comparion to other weapons and even Covid-19 deaths.

Because this is so well known by now, we will not focus as much on the actual ruling, other than a few quotes from the ruling directly below, but rather the main focus will be on the meltdown over this decision by gun grabbing liberals, including CA governor Gavin Newsom, and most importantly the extremely probable outcome should California decide to appeal this decision.

As an aside, we would like to highlight the importance of President Trump’s nomination, and the Senate confirmation of Originalist and Constitutional judges throughout the United States, on a federal level, district level, appellant courts and the Supreme Court, and why many conservatives believe Trump’s push to balance the courts, is his single most important legacy he left behind.  The balancing of the courts makes it more likely the issue will be addressed according to the constitution and not judicial liberal activism.

We’ll expand on that a little further below.

Federal Judge Roger T. Benitez was born in Havana Cuba, and was originally appointed by George W. Bush, and became Senior Judge of the United States District Court for the Southern District of California in December 2017.

The man understands communism better than anyone that has never lived through it, can. Yet he is being attacked by blue-check social media liberals for daring to speak the truth.

First some direct quotes from the ruling:

“This case is not about extraordinary weapons lying at the outer limits of Second Amendment protection. The banned ‘assault weapons’ are not bazookas, howitzers, or machineguns. Those arms are dangerous and solely useful for military purposes. Instead, the firearms deemed ‘assault weapons’ are fairly ordinary, popular, modern rifles. This is an average case about average guns used in average ways for average purposes.”

“One is to be forgiven if one is persuaded by news media and others that the nation is awash with murderous AR-15 assault rifles. The facts, however, do not support this hyperbole, and facts matter. Federal Bureau of Investigation murder statistics do not track assault rifles, but they do show that killing by knife attack is far more common than murder by any kind of rifle. In California, murder by knife occurs seven times more often than murder by rifle. For example, according to F.B.I. statistics for 2019, California saw 252 people murdered with a knife, while 34 people were killed with some type of rifle – not necessarily an AR-15. A Californian is three times more likely to be murdered by an attacker’s bare hands, fists, or feet, than by his rifle. In 2018, the statistics were even more lopsided as California saw only 24 murders by some type of rifle. The same pattern can be observed across the nation.”

Benitez’s ruling itself, and true description of what is and is not an “assault” weapon as well as his assertions about the media’s skewed coverage, was enough to send liberals into online rants, but his statement “More people have died from the Covid-19 vaccine than mass shootings in California”  unhinged online liberals into complete meltdowns.

That popping sound you hear is liberal heads exploding across the Internet as random liberals accuse the judge of being a “conspiracy theorist” for daring speak about the Covid-19 vaccine deaths, and putting it on the court record.

We’ll deal with Governor Gavin *Hairdo* Newsom’s reaction later in this piece because his reaction, along with the CA AG’s expected appeal, could very well, finally, offer the proper protection for Second Amendment rights if this case makes it to the Supreme Court, where at least 5 out of 9 justices are in full support of the constitutional right to “keep” and bear arms. 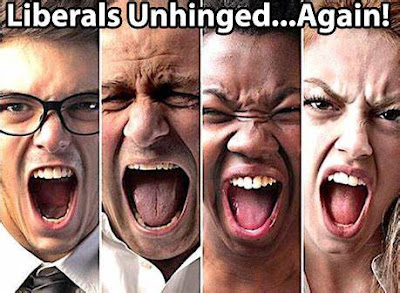 Self identified RawStory writer Matthew Chapman highlighted the screen shot above where Judge Benitez compared the victim count of Covid-19 vaccinated people to the amount that have died by mass shootings, and insists Benitez is a “straight up conspiracy theorist,” and “He should be removed from the bench. This is QAnon-level stuff.”

Of course Chapman doesn’t offer any data or numbers to counter the Judge’s assertions, he is just having a temper tantrum because the truth is most definitely not what people like him and his ultra liberal outlet, RawStory, want Americans to know.

Liberal Professor Lawrence Tribe took to social media to offer the following: “Memo to Judge Benitez: With all due respect, if you must render an idiotic pro-gun ruling without any legal foundation, you might at least TRY not to imitate an AR-15 salesman. — Laurence Tribe”

Another over-the-top reactions comes from Keith Olbermann, as a reaction to a NYT story about the ruling:

That’s Judge Roger Benitez, a death-worshiping fascist who has never noticed that the word “own” – or anything like it – is absent from the 2nd Amendment.

We can no longer tolerate gun nuts in the judiciary

Obviously Olbermann does not own a dictionary, or he would understand the word “keep” in the Second Amendment does, in fact, mean own.

Keep – Dictionary.com: “to hold or retain in one’s possession; hold as one’s own.”

Also to accuse a man born into communism of being a “death-worshiping fascist,” is completely out of line.

Then again, no one ever claimed Olbermann was bright, well, other than Olbermann himself.

Us Californians were doing just fine without AR-15’s on our streets. This ruling from Judge Benitez is ridiculous.
40k Americans a year die from guns. We need more gun control, not less!

She completely ignores the fact that CA has been violating the constitutional right to bear arms for Californians, for 32 years.

This is the type of mentality and ignorance that comes from our educational system not teaching kids about the constitution and the rights guaranteed to Americans within.

Another liberal Twitter user, who obviously was never taught about the U.S. Constitution, declares the Judge a “mass murder supporter,” and insists he should be “impeached.”

You can read more liberal meltdown reactions over at RedState. 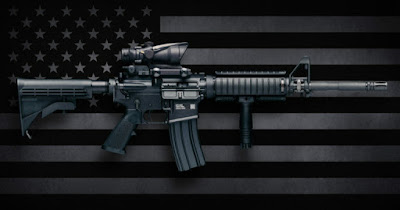 CA’s Gov. Newsom reacts to the ruling by stating “we won’t stand for it.” CA Attorney General Rob Bonta declares they will be appealing this decision, in a statement:

“Today’s decision is fundamentally flawed, and we will be appealing it. There is no sound basis in law, fact, or common sense for equating assault rifles with swiss army knives — especially on Gun Violence Awareness Day and after the recent shootings in our own California communities. We need to take action to end gun violence now. We will fight this ruling and continue to advocate for and defend common sense gun laws that will save lives.”

Overturning CA’s assault weapon ban and comparing an AR-15 to a SWISS ARMY KNIFE is a disgusting slap in the face to those who have lost loved ones to gun violence.

This is a direct threat to public safety and innocent Californians. We won’t stand for it.

Radical liberal Speaker, Nancy Pelosi also weighed as has other Democrats, but the decision to appeal this ruling could come at a very high cost for gun grabbing gun control advocates and other liberal states.

Right now, as this ruling stands, it covers the California’s 32 year ban, and a limited amount of things could happen next.

• CA can appeal and get another court to overturn Judge Benitez’s decision, which then would see the original plaintiffs send this straight to the Supreme Court which will likely agree to hear it, especially now that there are a majority of originalist justices on the bench.

• CA can appeal and lose on appeal, and then they may apply for the case to be heard by the Supreme Court.

Either way, if CA does appeal this decision, the Supreme Court will be applied to by those that lose the case, and while the SC has the option of refusing to take the case, it is unlikely they will with a majority being Second Amendment supporters (even without Roberts).

That is CA’s slippery slope.

Once the Supreme Court weighs in, it will no longer only be a CA issue. If the SC offers a stringent defense of the Second Amendment, which is more than likely, then that precedent could very well be used in every state to sue the states that attempt to “ban” AR’s, which the media, liberals and gun grabbers incorrectly label as “assault rifles.”

Once again liberal gun grabbers are ignoring the bigger picture and the long term ramifications of their actions.

The 94 page PDF of the ruling can be read here.

Wouldn’t it be ironic if California becomes the reason the Supreme Court ends up affirming Second Amendment rights, as well as declaring any type of ban on AR-15’s to be unconstitutional?

This is a case to keep our eyes on.