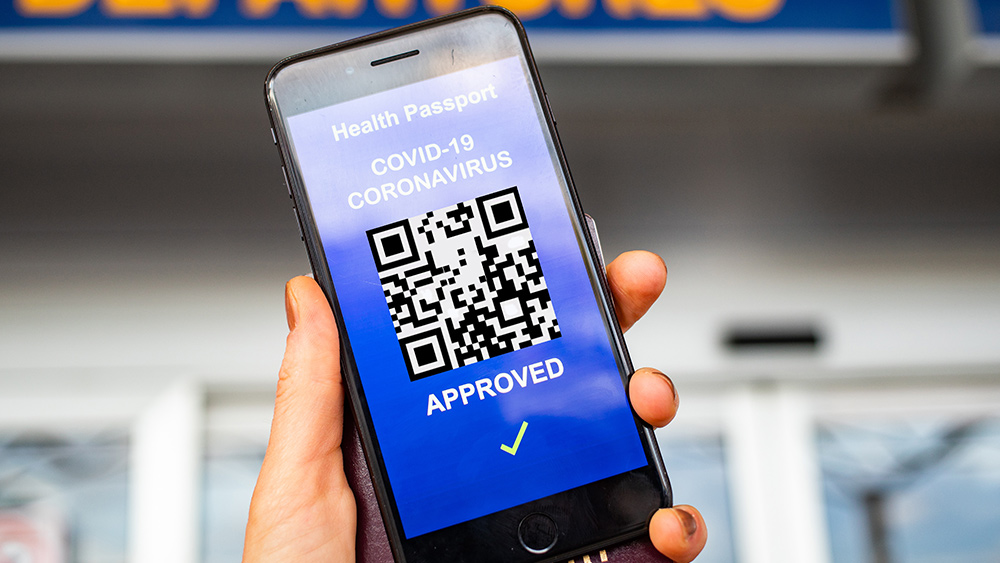 The same people who claim that it is “racist” to require identification in order to vote are now eagerly pushing mandatory vaccine “passports” for the Wuhan coronavirus (Covid-19). And political commentator Candace Owens wants to know: Why the hypocrisy?

If it is really too hard for black and brown people to prove their identities before voting, as Democrats claim, then the same could be said for the vaccine “hesitant” who would rather not permanently damage their DNA with Chinese Virus injections.

It is also worth noting that if “my body, my choice” applies to pregnant women who want to murder their unborn children, then it certainly applies to people who choose to just say no to Wuhan Flu shots, for any reason at all.

Consistency is not the forte of the left, however. On the one hand, we are all supposed to “believe women” whenever they accuse a conservative of raping them. However, when women like Owens sound the alarm about vaccine choice, they are dangerous conspiracy theorists who should never be believed.

“Remember guys: Mandating voter ID is unattainable and racist but mandating vaccine ID cards? Not a problem,” Owens tweeted, with loud applause from her followers.

“The same Democrats who oppose voter ID want you to have a vaccine passport,” one of them responded.

Why do Democrats love tyranny so much?

Thankfully, vaccine passports appear to be dead in the water here in the United States, at least for the vast majority of the country. There could come a time, though, when some left-leaning states try to implement a papers, please system in which they will be “required” for participation in society.

How any self-respecting leftist would be okay with this type of medical fascism while claiming to oppose such things in other arenas is perplexing. Introspection is apparently a virtue that liberals do not possess, and thus cannot signal.

“I don’t understand why there wasn’t the same level of anger towards having to take a vaccine passport to the pub as there has been about voter ID,” someone else tweeted in response to Owens’ tweet.

“The Left: IT IS AN OUTRAGE THAT WE SHOULD HAVE TO SHOW ID TO VOTE!!! The Left: Vaccine passports? I couldn’t care less mate,” wrote another, highlighting the lunacy of it all.

As is typically the case with Democrats, their immediate response to Owens’ tweet was to pull illogic out of their behinds while trying to sound smart.

“One is to suppress the vote. The other is to protect people. Pretty simple,” one of them wrote in classic Twitter condescension tone.

Such an argument could just as easily be flipped around to say: One is to facilitate voter fraud (not requiring voter ID). The other is to spread medical fascism (requiring vaccine ID). Pretty simple.”

There is really no use trying to argue with the Twitter mob, though, because brain function is not exactly their strong suit. There is use in speaking out any chance you get against vaccine passports, though, which leftists will certainly try to ramrod through the system if they are not stopped.