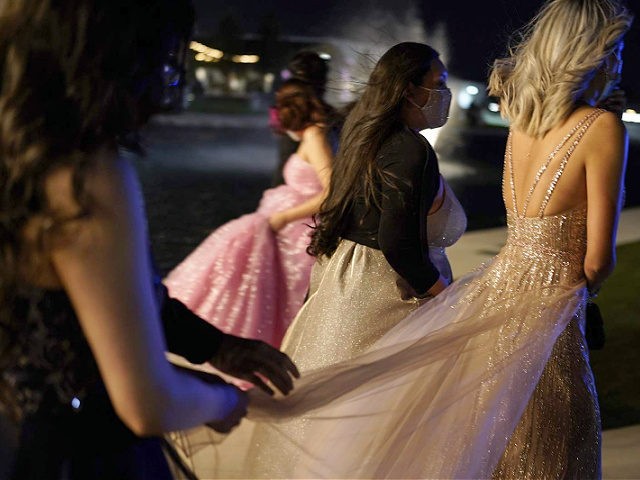 Unvaccinated students attending the Exeter, New Hampshire, high school prom were “numbered” with a sharpie pen and then tracked throughout the evening, a New Hampshire parental rights advocate reported.

Ann Marie Banfield, who writes at the blog Granite Grok, reported New Hampshire Rep. Melissa Litchfield, who represents the Brentwood district, posted to Facebook Tuesday that some constituents informed her their unvaccinated students who attended the Exeter High School prom Monday night “had a number written on them in Sharpie” and were tracked throughout the evening.

Litchfield continued with some quotes from “angry” constituents:

If they were on the dance floor they had to raise their hands after every three songs so their numbers could be recorded by other underclass students for contact tracing purposes. There’s even more to the story, but this alone is surprising to us. We truly feel they are literally branding our kids if they don’t get this experiential (sic) “emergency” approved vaccine …

They also left the list of student names (first and last) with the info on whether they were vaccinated or not on a table outside after the prom. I found it the next morning. This information should 1. Not have been shared and 2. Should never be left where anyone can have access to it. I have a photo of the list.

“I find it absolutely unbelievable that ‘ ‘ and ‘ ‘ was allowed to treat the kids like prisoners in Nazi Germany,” another person told Litchfield. “Marking them, thus singling them out, and then having to raise their hands is beyond tolerable.”

“First the school could be looking at lawsuits for violation of Hippa [HIPPA] rights,” the constituent continued. “They have no business asking for a vaccine card … last Thursday masks were no longer required outside and if this is in effect it should not have mattered if they were vaccinated or not.”