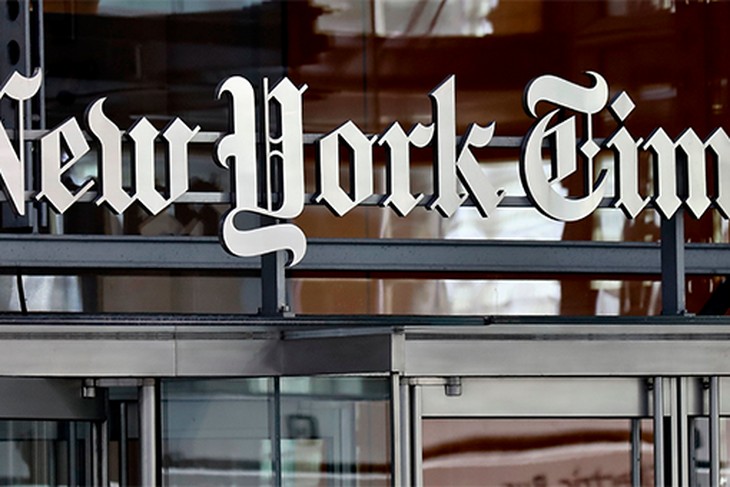 It was supposed to be heartbreaking: on Friday, the New York Times published a front-page series of photos with the headline “They Were Just Children,” little Palestinian Arab children who had supposedly been murdered by the evil Israeli war machine during the latest round of Hamas jihad attacks. The only problem was that one of the photos, prominently featured on the top row, was of a little girl whom Palestinian Arab propagandists, using the very same photo, had reported murdered by the Israelis in January 2017. It was just the latest example of the fact that Israel’s atrocities are so many and so brazen that Palestinians have to fabricate evidence of them – and the establishment media eagerly plays along.

The Times photo imbroglio came just over a week after Palestinian Arabs on Twitter claimed that a photo of another little girl depicted the victim of an Israeli airstrike; it was actually a photo of a Russian child model who has never been anywhere near Gaza and is still very much alive.

Shortly before that, a supporter of the Palestinian jihad against Israel tweeted: “Israel is now using white phosphorus on the city of Beit Hanoun in Palestine! It can burn human flesh until it reaches to the bones. White phosphorus is prohibited globally and it’s been considered as a war crime!” Included was a gruesome photo of a woman whose hair had been partially burned off and her face severely burned as well. There was just one minor detail that the tweet omitted to mention: the photo was not from Gaza in May 2021, but from Afghanistan in 2009.

This deception has been going on for years. It is perpetrated on an industrial scale by Palestinian propagandists in order to make Israel seem to be an oppressive occupying power. The Palestinian Delusion: The Catastrophic History of the Middle East Peace Process details the breadth and sophistication of this deception.

There are innumerable other examples. Israelly Cool reported in February 2020 that Palestinian “journalist” Mustafa Batnain tweeted a “heartbreaking photo from Gaza” depicting a baby inside a cardboard box, presumably the little one’s only shelter amid rampaging, savage, brutal IDF forces. Once again, there was a catch: the photo was actually not from Gaza at all, but from Idomeni, Greece. It’s all in a day’s work for the Palestinian factory of Israeli atrocities.