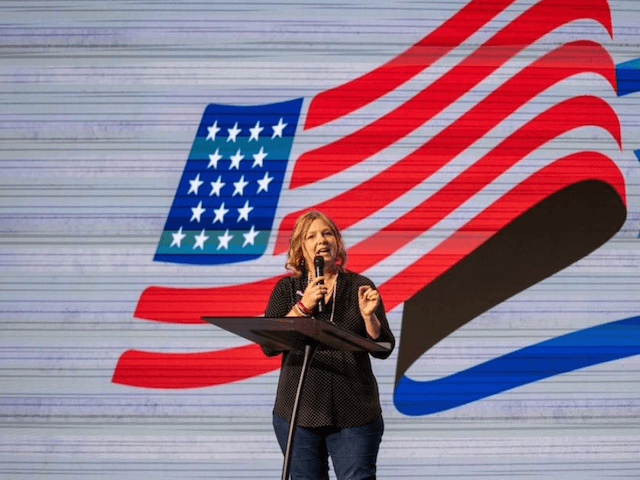 A Christian non-profit is challenging the Internal Revenue Service after the agency denied them tax-exempt status saying “the Bible’s teachings are typically affiliated with the Republican Party and candidates.”

Christians Engaged describes itself as educational, Christian, and non-partisan, and operates out of Garland, Texas. Its three main goals, as described by the non-profit, include:

To awaken, motivate, and empower ordinary believers in Jesus Christ to: pray for our nation and our elected officials regularly, vote in every election to impact our culture, and engage our hearts in some forms of political education or activism for the furtherance of our nation.

The non-profit works to show Christians how to “civically engage as part of their religious practice” but does not promote specific parties or candidates or earn money for political causes, according to the organization’s appeal letter to the IRS.

The non-profit first applied to become a 501 (c)(3) in late 2019. They received a rejection letter on May 18, 2021, from Exempt Organizations Director Stephen A. Martin saying the group “engage[s] in prohibited political campaign intervention” and “operate[s] for a substantial non-exempt private purpose and for the private interests of the [Republican] party.”

Martin alleged in his letter that the group does not meet requirements for tax exemption because biblical causes tend to favor the Republican Party:

Specifically, you educate Christians on what the Bible says in areas where they can be instrumental including the areas of sanctity of life, the definition of marriage, biblical justice, freedom of speech, defense, and borders and immigration, U.S. and Israel relations. The Bible teachings are typically affiliated with the [Republican Party] and candidates. This disqualifies you from exemption under IRC Section 501(c)(3).

The First Liberty Institute, which is representing Christians Engaged, sent an appeal letter to the IRS on June 16, saying Martin’s decision mischaracterizes the nature of the non-profit and infringes on first amendment liberties.

“From its religious perspective, Christians Engaged provides nonpartisan religious and civic education, focusing on encouraging and educating Christians to be civically engaged as a part of their religious practice,” according to the appeal letter.

Lea Patterson, who is representing Christians Engaged and serves as counsel with First Liberty Institute, said the decision from the IRS is strange and not in line with their past practices. Patterson said the IRS is discriminating based on religion.

“If the IRS going forward thinks that Bible teaching is Republican-affiliated, then that could endanger the tax-exempt status of many religious organizations — including potentially churches, which obviously teach the Bible with some frequency,” Patterson told Breitbart News on Saturday.

In the denial letter, the IRS pointed out that the leadership of the organization is or has been heavily involved in other Republican organizations in the past. However, these affiliations are separate and do not intersect with Christians Engaged. President Bunni Pounds is a former congressional candidate, 15-year political consultant, and a motivational speaker. Vice President Trayce Bradford is the former president of Texas Eagle Forum – a statewide pro-family advocacy group, former prayer leader, and an organizer for Promise Keepers.

“We just want to encourage more people to vote and participate in the political process. How can anyone be against that?” Pounds said in a release.

In the appeal letter, Patterson pointed out that the IRS has approved 501(c)(3) status for several other organizations that behave almost identically to Christians Engaged. Most notably, the letter mentioned a non-profit Michelle Obama started called Civic Nation, whose “When We All Vote” initiative says its mission is:

[T]o change the culture around voting and to increase participation in each and every election by helping to close the race and age gap. Created by Michelle Obama, When We All Vote brings together individuals, institutions, brands, and organizations to register new voters across the country and advance civic education for the entire family and voters of every age to build an informed and engaged electorate for today and generations to come. We empower our supporters and volunteers to take action through voting, advocating for their rights, and holding their elected officials accountable.

“Denying tax-exempt status for Christians Engaged while recognizing the exempt status of other organizations who encourage civic engagement from different viewpoints demonstrates the IRS’s impermissible viewpoint discrimination,” Patterson said in the appeal letter.

Patterson also noted that Martin is not following protocol when he assumes that Christian values belong to one political party.

“The IRS states in an official letter that Biblical values are exclusively Republican. That might be news to President Biden, who is often described as basing his political ideology on his religious beliefs,” Patterson said.