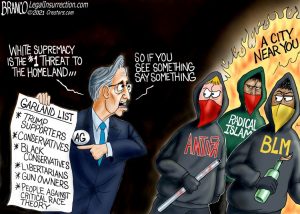 General Michal Flynn is warning of a Deep State/Democrat attack to take the attention off the coming revelations found in the Maricopa County 2020 Election audit.  Flynn says they are going to continue to attack President Trump.  Right on que, a New York appellate court has suspended Rudy Giuliani from practicing law in New York.  Giuliani was President Trump’s point man on election fraud in 2020.  The court said Giuliani lied about fraud in the 2020 Election, but the court never had a hearing to get Giuliani’s side of the story.

The CDC made a rare admission of a danger with the experimental DNA altering drug trials called a “vaccine” for CV19.  The CDC admitted the “jabs” are linked to “rare” cases of heart inflammation in young men.  The CDC and Dr. Fauci have lied about everything with CV19 and the vaccines.  Why would anyone believe this is “rare”?  They can’t even come out and inform people that these vaccines are experimental as they only have what the FDA says is “Emergency Use Authorization” (EUA), which means the jabs are, in fact, experimental.  (Here are the forms from Solari.com to fight your employer or school forcing you to get the jab against your will.)

The economy is in deep trouble.  If it were not, the Fed would not be printing money at a record pace to keep it all propped up.  Congress just passed another nearly $600 billion infrastructure bill with zero tax increases.  This means even more money printing to pay for it all. 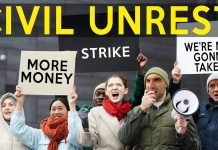