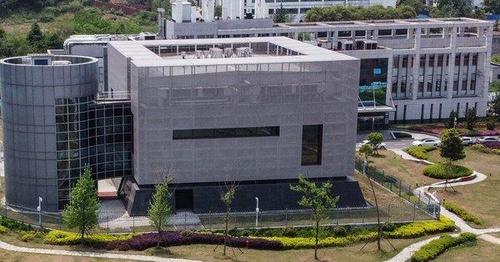 As we move further down the rabbit hole of exactly what in the devil has been going on in China’s ‘bat labs,’ we now turn our attention to one Zhou Yusen – a Chinese military scientist specializing in coronaviruses who collaborated with the Wuhan Institute of Virology’s “Bat Woman,” Zhengli Shi – with at least one project to geneticially manipulate coronaviruses having been funded by three grants from the National Institutes of Heath (NIH)  – home to Dr. Anthony Fauci – via US universities, according to documents obtained by The Weekend Australian (ostensibly leaked by Aussie intelligence). The previously undisclosed NIH funding of a PLA military scientist is separate from millions in grants awarded EcoHealth alliance, which also collaborated with the WIV.

According to the report, Zhou’s May 2020 death went largely under the radar, despite the fact that he was an award-winning scientist at the PLA’s Laboratory of Infection and Immunity at the Beijing Institute of Microbiology and Epidemiology. “There were no reports paying tribute to his life. His death was only mentioned in passing in a Chinese-media report in July and at the end of a December scientific paper. Both had the word ­“deceased” in brackets after his name.”

And while Zhou’s death may have been suspicious (or he may have simply died of COVID), the revelation that the US government was funding his research with the WIV may provide a clue as to why US officials – Dr. Fauci (backed by the ‘scientific community’ after his lapdog, EcoHealth Alliance’s Peter Daszak, penned a ‘natural origin or you’re a lunatic‘ letter in the Lancet) – peddled the CCP’s ‘natural origin’ theory, while any suggestion that it could have been created in and/or leaked from the very lab which received NIH dollars was strictly verboten.

Emails released under a Freedom of Information request from Buzzfeed this week showed that, in the early days of the pandemic, Dr Fauci was concerned that US funding had gone towards gain-of-function research in China.

In other emails, scientists wrote to Dr Fauci expressing the preliminary view that the SARS-CoV-2 genome appeared “inconsistent with expectations from evolutionary theory” and that it had some features that “potentially look engineered”. -The Weekend Australian

In short, ‘conflict of interest’ doesn’t even begin to explain what Fauci is now going to have to explain the next time Rand Paul has him in the hot seat.

National security sources said the ties between Zhou and Dr Shi ­supported claims by US intelligence that the Wuhan Institute of Virology was engaged in “secret military activity.” -The Australian

How long was China sitting on the genetic sequence for SARS-CoV-2?

If we’re considering the timeline and its implications, Zhou died three months after filing a Feb. 24, 2020 patent application for a COVID-19 vaccine. While this could mean that he was working on a COVID-19 vaccine before the virus became public knowledge in December 2019, keep in mind that Moderna was able to design the sequence for their COVID-19 vaccine just two days after Chinese officials released its genetic sequence on Jan. 11, 2020 – filing for their first related patent in March, two months later.

Also note that Zhou had been working on coronavirus vaccines since at least 2006 in response the original SARS-CoV outbreak – authoring a study which found that “the vaccines containing the (receptor-binding domain) of SARS-CoV S protein may induce sufficient neutralising antibodies and long-term ­protective immunity against SARS-CoV challenge in the ­established mouse model.”