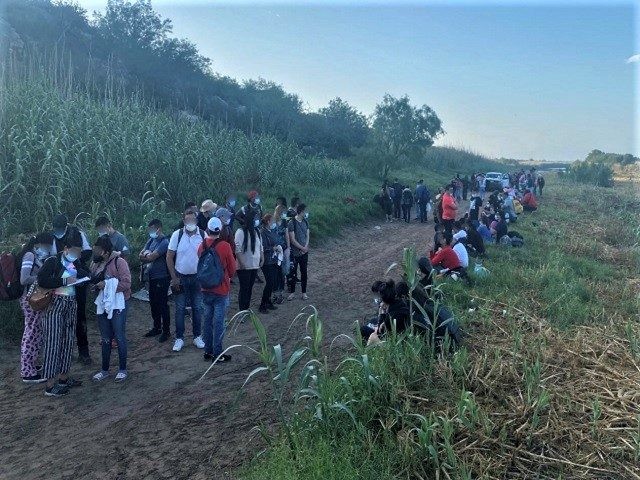 Abbott said Texas will immediately begin construction of border barriers in areas like Del Rio where migrants can easily cross unsecured sections. The governor picked Del Rio as the location for his  announcement due to the massive increases in illegal border crossings in this region. Del Rio Sector agents apprehended 27,890 migrants — a 1,118 percent increase over the May 2020 report of 2,289, Breitbart Texas reported on Thursday.

He said they are hearing from local residents and elected and law enforcement officials that they are seeing things they have never seen before.

“They’re seeing a lot of very bad dangerous people come across the border,” Abbott continued. “People that they are afraid of encountering, people who are causing damage to their fences, their livestock, their crops, their neighborhoods, and their homes.”

“Bad things are happening around here, and so they need help from the state to help them address this exploding crisis.”

The governor said authorities will use existing authorities under a State of Emergency declaration to crack down on those illegally crossing the border.

“What people have seen in videos across the country seems to be the Biden Administration welcoming these people to the United States,” Abbott stated. “We won’t be sending that message.”