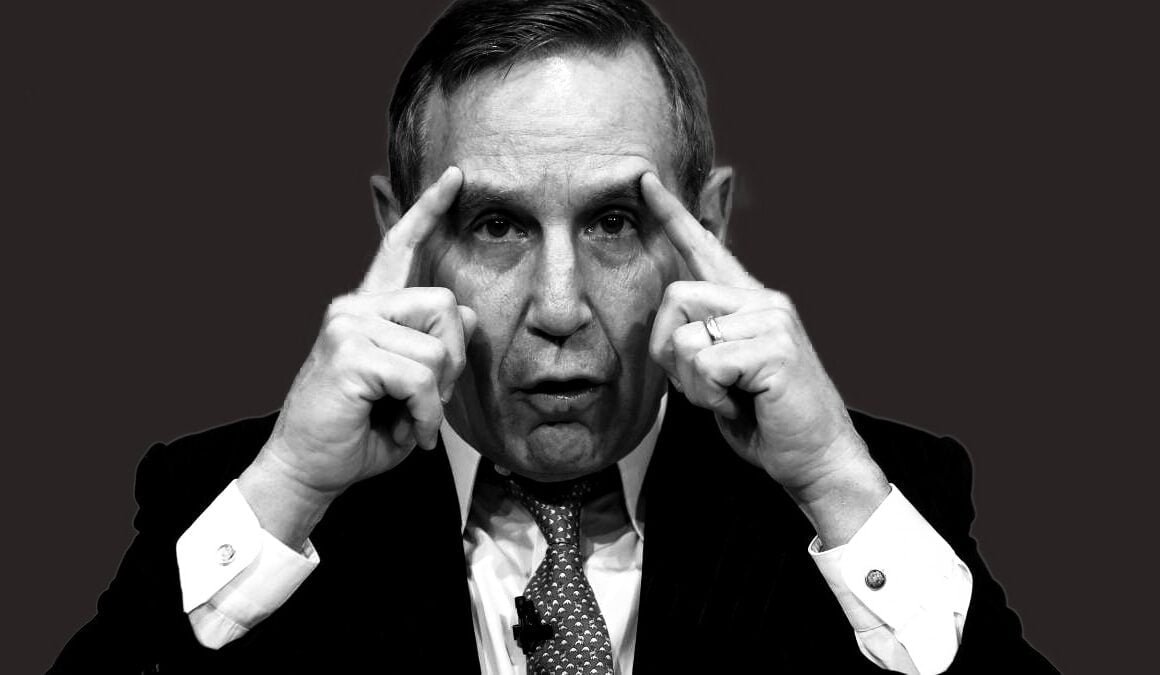 With Klaus Schwab declaring 2021 as the year the elite must “rebuild trust” with the public, Johnny Vedmore investigates the man at the center of this effort – Richard Edelman

“We need to regain trust” is the theme of the year, according to remarks made by the World Economic Forum’s executive chairman Klaus Schwab in January 2021. But trust may be hard to engineer in an age of professional disinformation campaigns by governments, the mainstream media, and a handful of powerful elite public relations companies.

Edelman, an American public relations and marketing consultancy firm founded by Daniel J. Edelman in 1952, is the largest public relations firm in the world by revenue, and some would also say by reputation. Today, the company is run by Daniel Edelman’s son, Richard Edelman. It is a firm with a rich history of controversial efforts to completely change the narrative of some of the most contentious modern issues. It also boasts close ties to the World Economic Forum and the Forum’s attempt to engineer “trust” in its various agendas.

Edelman is often found representing organizations experiencing what could be best termed as public relations nightmare scenarios. Edelman, with its previous experience representing the American Petroleum Institute—the trade association for the oil and gas industry that lobbied for the Keystone XL pipeline and the fossil fuel exploration of the Canadian tar sands—is no stranger to advocating for companies stuck in atypical negative PR situations with little, if any, possible positive outcomes. If you are a giant corporation with a reputation to launder, then Edelman is the go-to professional firm to help your organization rebuild its image or to simply help mitigate as much reputational damage as possible.

Edelman has worked on behalf of some of the most powerful businesses in the corporate world, including Microsoft, Pfizer, Johnson & Johnson, Unilever, Wal-Mart, and General Electric to name just a tiny fraction of their past and present clientele. The company is one of the largest PR firms in the world for a reason: it fights dirty, and in doing so it often uses imaginative, yet underhanded, methods of manufacturing public consent.

The Edelman empire wasn’t created by a simple run-of-the-mill marketing graduate, but rather its founder, Daniel J. Edelman, was part of the US Army’s Psychological Warfare Unit during World War II. Dan Edelman was an expert in analysing and utilizing propaganda to change the mindset of the general population. His ties to the US national-security state persisted after the war, particularly through his decades-long close friendship with secretary of defense and pharmaceutical executive Donald Rumsfeld. Today, the Edelman company practices aggressive marketing techniques that achieve results like those in wartime.

The Edelman firm has not only been a vehicle for laundering the public images of big corporations, but it is also used by various governments worldwide, which allows it access to all the major halls of power. Edelman is also deeply involved with the World Economic Forum, with Richard Edelman not only an official agenda contributor to the WEF, but his firm managing the very image of the globalist organization, which is advocating for a “great reset” to launch us into what the WEF terms “the Fourth Industrial Revolution.” Edelman was also represented during the suspiciously timed Event 201 pandemic simulation of 2019, which was arranged by the WEF, the Bill & Melinda Gates Foundation, and the Johns Hopkins Center for Health Security.

In studying Edelman, we soon discover a theme that is similar to that of other elite organizations—that is, “truth” is often defined in terms that are technical and disconnected from the average human’s general understanding of what truth really means. Edelman is an organization that has consistently been caught using some of the most deceitful methods known in fighting against actual truth. Edelman is not a standard PR firm, but rather it is a modern propaganda machine that is often caught helping criminal corporations and rogue governments get away with murder. Understanding how it works is fundamental to our ability to make informed decisions based on fact rather than on feelings manipulated by elite malevolent players. Klaus Schwab and his World Economic Forum are, even so, hoping that Edelman will be able to help restore public trust in its “stakeholder capitalism” and globalism in general through its time-tested methods of deceit and manipulation.

One of Edelman’s most well-known gimmicky vehicles for the manufacture of consent is what it calls the Edelman Trust Barometer. Launched in 2000, the Edelman Trust Barometer is an annual survey of how much trust and credibility the world’s four major institutions—government, business, media, and nongovernmental organizations—have in the eyes of the public. The measuring of public trust has allowed Richard Edelman to be seen as a veritable prophet in the world of public relations, even though many of his prophecies merely state the obvious in the view of most people. When such messages are conveyed to an elite that is completely isolated from experience with the general public, however, they are greeted as profound insights.

In 2020, as host of the Edelman Trust Barometer annual event at the World Economic Forum in Davos, Richard Edelman explained to a small audience that in the first ten years of the new millennium, certain events during the proceeding decade negatively affected the level of trust people now have in institutions. He identified the Iraq War, globalization, the Great Recession, and the rise of India and China as the leading factors in the loss of trust. Edelman contended that these events were the primary cause of the mass class divide, the battle for truth (due to social networks), and an “incredible concern for the future of work” because they led to the rise of the gig economy, automation, and outsourcing. Edelman went on to say, “The hypothesis I’m going to make today about the construct for trust is that it now relies not just on competence, but it also relies on ethical behavior.” Richard Edelman’s use of a technical description of truth is telling as to how he perceives the concept of “ethical behavior.”

The Edelman Trust Barometer can be a fairly accurate judge of public opinion regarding major institutions both public and private, but it is often used as a tool to aid in crafting the public image of some of the most brutal, iron-fisted regimes in the world. An example of this is Edelman frequently representing of one of the least-free nations on earth, Saudi Arabia. Even though Saudi Arabia has been wrapped in controversy, including the murder of journalist Jamal Khashoggi, since the rise of Mohammed bin Salman Al Saud, the Edelman Trust Barometer has apparently found the kingdom to be one of the most trusted governments in both 2020 and 2021. This obvious contradiction with reality lays bare the true reason for the Edelman Trust Barometer—its use as a tool for manufacturing consent for the MBS regime’s war crimes in Yemen.

One of the more interesting and topically relevant conclusions drawn from the Trust Barometer results over recent years relates to “fake news.” If you were to assume that when Edelman uses the term “fake news” it is always referring to misinformation on social media by unknown and nefarious sources, you would be wrong. In a YouTube video on Edelman’s official channel from 2018, Richard Edelman discusses fake news openly, saying that the Edelman Trust Barometer 2018 showed two main causes for concern: an “implosion of trust in the United States and the decline of trust in the global media.” Edelman also notes that, in that year, America had witnessed “absolutely the biggest decline that we’ve seen of trust in a country in one year.” The 2018 survey also showed that “media” was the least trusted institution for the first time on record and that “media” was distrusted in twenty-two of the twenty-eight countries included in the Edelman survey.

Also in 2018, it was reported that Edelman was lobbying the public relations industry to “shift from advocacy to education in the fake news era,” asking businesses to re-educate their staff and going on to characterize the post-Trump era as the “age of disinformation.” When the results of the 2019 Edelman Trust Barometer were announced in Davos at the WEF, the situation had not improved for the mainstream media, with Richard Edelman describing media institutions as “a plane that’s running out of gas.” He suggested that the cause of the distrust in mainstream media is mostly due to the politicization of big news organizations, a criticism that appears obvious to any regular observer of mainstream news organizations.