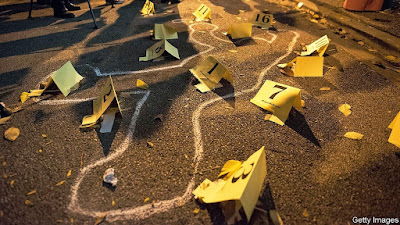 Whoever had the bright (not) idea to make “Juneteenth” a national holiday (Biden) is responsible for more violence, death and outright anarchy in liberally run cities, than we normally see, which is quite a bit more than in cities not run by radical liberals.

Below we will start by documenting just some of the recent chaos and mindless destruction being seen in a just a few of those cities as we watch our beloved country being turned into a third-world hellhole by the decisions and lack of action on the part of those city leaders.

I’ll be honest, I have so many links, so many examples I had to stop opening tabs lest my whole browser crash, so we will detail some of the most egregious, since there are other aspects of what we are all witnessing that I would like to address in this piece.

We’ll start with Juneteenth because within the last week, as reported by Breitbart and others, “Juneteenth celebrations in Oakland, California; Aurora, Colorado; Baton Rouge, Louisiana; Clover, South Carolina; and Flint, Michigan, were marred by shootings and death.”

That is only a partial list because the article had been written before the “Juneteenth” celebrations had concluded.

Via Fox News over at MSN:

At least eight people were fatally shot and dozens were injured during parties or gatherings on or related to the Juneteenth holiday injured in seven parts of the country, according to officials and local reports.

Shootings on Saturday – a newly declared federal holiday honoring Juneteenth – were reported during events in Colorado, California, Michigan, Pennsylvania, Indiana and South Carolina, among others, with at least 33 wounded, according to authorities and multiple reports.

We do not see these types of acts of deadly violence on other national holidays, such as Fourth of July, or Memorial day or any other  “national holiday,” which is clearly indicative of the type of “celebrations” Juneteenth has brought about, with the evil ruining what others just wanted to celebrate. 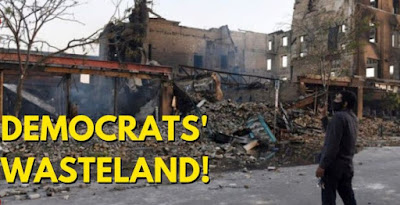 Juneteenth aside, the spike in crime in liberally run cities across the nation, has been ongoing, worsening with the whole liberal push for “defunding the police,” but was always much worse than other cities of comparable size.

This makes it clear that it is the liberal leaders running these cities and states are 100% responsible for the blood in their streets.

Example: In San Francisco, which is Nancy Pelosi’s district, in California which has a radical liberal Gavin Newsom for a Governor, looting goes unchecked, and unpunished, and has for more than a year.

The recently published short video below is representational of what is being seen throughout San Francisco.

Another recent example comes from New York, where charges against hundreds of looters and rioters have simply been dropped.

Here are some of the numbers via New York Post:

• In The Bronx — which saw fires in the street and mass looting in June 2020 — more than 60 percent of arrestees have had charges dropped, according to the investigation by NBC New York.