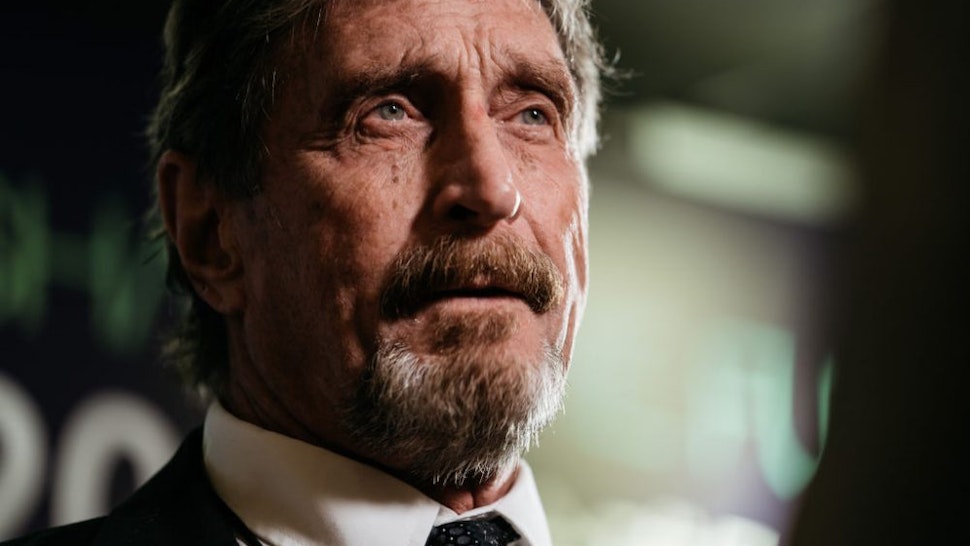 According to reports, tech entrepreneur John McAfee — and founder of the McAfee antivirus software company — has died by suicide in a Spanish jail cell while awaiting extradition to the United States on various financial charges.

Police sources told Spain’s El Pais newspaper that McAfee was found dead in his cell in Barcelona’s Brians prison, located in Sant Esteve de Sesrovires, with the Catalan Department of Justice reporting that “everything points to a suicide.”

The news comes just hours after a Spanish court agreed to extradite McAfee to the United States, where he faced financial charges including tax-evasion, according to The New York Post.

“The extradition was approved by the high court in the country and revealed in a court filing on Wednesday that was reviewed by Reuters,” The Post noted.

The Daily Wire reported in October that McAfee had been arrested “and charged with tax evasion, allegedly earning millions in income from promoting cryptocurrencies.”

The indictment alleged that McAfee, 75 at the time, evaded U.S. taxes by having his income “paid into bank accounts and cryptocurrency accounts in the names of others, while also using the names of others to conceal ownership of property and assets including a yacht,” CNN reported in October.

As The Daily Wire stated, “The Justice Department (DOJ) announced the charges after the Securities and Exchange Commission (SEC) announced it has filed civil charges against McAfee, alleging he made more than $23 million in undisclosed compensation by recommending seven cryptocurrency offerings on Twitter that the SEC claims were false or misleading.”

“McAfee leveraged his fame to make more than $23.1 million in undisclosed compensation” by recommending at least seven initial coin offerings (ICOs) to his Twitter followers, the SEC said. He tried to sell “virtually worthless” cryptocurrency tokens by urging investors to buy the securities without disclosing his own holdings, the SEC alleged.