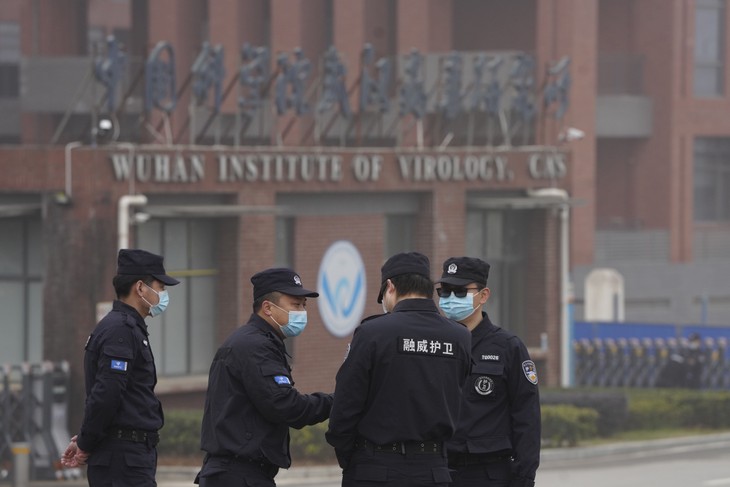 Last week, Jen Van Laar at our sister site RedState broke the news that a high-ranking defector had been working for months with the U.S. Defense Intelligence Agency (DIA), unbeknownst to either the FBI or CIA. The defector claims to have knowledge of special weapons programs in China that include bioweapons.

Now, in a new exclusive bombshell, Van Laar reports that the defector has provided evidence that the Chinese military orchestrated the creation of the COVID-19 virus, which did, in fact, leak from the Wuhan Institute of Virology:

RedState has now learned some details of the information provided by the defector, including that he provided data proving that SARS-CoV-2 was manmade and leaked from the Wuhan Institute of Virology, in addition to evidence confirming that the People’s Liberation Army managed the Wuhan program (and others), as Chinese virologist Yan Li-Meng told the FBI last year.

Technical details provided by the defector, RedState is told, were given to scientists (who were not told how that information was given to the government) who then re-analyzed data from published sources in conjunction with the new data and concluded that the SARS-CoV-2 virus was engineered. And, the defector was able to confirm numerous non-public details Yan provided the US government.

Also, a separate source confirmed to RedState that several members of Congress who have been working on investigating the virus’ origin have been briefed on many of DIA’s findings, including Rep. Matt Gaetz.

Recall that scientist Li-Meng Yan, a respected Hong Kong virologist and immunologist, was repeatedly and ritually defamed for claiming that the Chinese government not only knew about the novel coronavirus earlier than it claimed, but it also was involved in the creation and release of the virus. Writing in September with several other scientists at Zenodo, an open-source pre-publication website, Yan claimed:

The natural origin theory, although widely accepted, lacks substantial support. The alternative theory that the virus may have come from a research laboratory is, however, strictly censored on peer-reviewed scientific journals. Nonetheless, SARS-CoV-2 shows biological characteristics that are inconsistent with a naturally occurring, zoonotic virus. In this report, we describe the genomic, structural, medical, and literature evidence, which, when considered together, strongly contradicts the natural origin theory. The evidence shows that SARS-CoV-2 should be a laboratory product created by using bat coronaviruses ZC45 and/or ZXC21 as a template and/or backbone.

Building upon the evidence, we further postulate a synthetic route for SARS-CoV-2, demonstrating that the laboratory-creation of this coronavirus is convenient and can be accomplished in approximately six months. Our work emphasizes the need for an independent investigation into the relevant research laboratories. It also argues for a critical look into certain recently published data, which, albeit problematic, was used to support and claim a natural origin of SARS-CoV-2. From a public health perspective, these actions are necessary as knowledge of the origin of SARS-CoV-2 and of how the virus entered the human population are of pivotal importance in the fundamental control of the COVID-19 pandemic as well as in preventing similar, future pandemics. [Emphasis added]

This echoes what researcher Kristian Anderson, professor of immunology and microbiology at Scripps Research, emailed to Dr. Fauci: “The unusual features of the virus make up a really small part of the genome (<0.1%) so one has to look really closely at all the sequences to see that some of the features (potentially) look engineered,” Anderson wrote.

The scientific community and fact-checkers—who determine which news we’re allowed to see—swiftly went to work to discredit Yan’s claims and provide cover for the Chinese Communist Party. A website called Media Manipulation quickly belched out a blistering refutation of Yan’s work:

The Yan Report is a misleading article masquerading as science, which falsely claims that the novel coronavirus was made in a Chinese lab. An example of cloaked science, it was released during a time of intense uncertainty; as scientists raced for answers about COVID-19, sharing unvetted data as preprints in open science repositories became an essential mode of international collaboration. The increasing openness of the scientific community, though, is a vulnerability that can be leveraged by media manipulators, especially during times of crisis. On April 28, 2020, Dr. Li-Meng Yan, a researcher at the University of Hong Kong (HKU), fled to the United States with support from Steve Bannon and Guo Wengui. They used Yan’s story — that she was a whistleblower — to exploit the contentious wedge issue of the unknown origin of COVID-19.

Yan put forward that she had evidence that the notion that the virus transferred from animals to humans was a “smokescreen” to hide its true origin, which she claims is a lab in Wuhan with close connections to the Chinese Communist Party. These claims are unfounded and have been debunked. [Emphasis added to hightlight the language used to smear Yan and the lab-leak theory]

These claims have not been debunked, and, in fact, have gained credence in both the scientific community and the mainstream media in recent weeks. And now, it appears, that the DIAs whistleblower is confirming what Yan, who has had to go into hiding, fearing for her life, has been saying for months.

On a side note, as I pointed out in a recent piece about fact-checkers’ efforts to discredit and defame anyone who goes against the left-wing COVID narrative (which is basically that because Trump suggested a lab leak might be responsible for the virus, the theory must not be allowed to circulate), the dishonest arbiters of truth never pay a price for their disinformation campaigns. They don’t have to issue corrections when they’re wrong and they’re never called on to admit that they lied. Such is the case with the CCP water carriers at Media Manipulation, which still claims that the lab-leak theory has been “debunked” (again, it hasn’t).

On Thursday, Rep. Matt Gaetz (R-Fla.) all but accused FBI Director Christopher Wray of aiding and abetting a coverup because his agency has refused to answer questions about Yan’s claims. During a hearing on Capitol Hill, Gaetz outlined how the FBI had followed the scientist from LA to New York, interrogated her several times, confiscated her phone, and yet has not come clean about what the FBI learned from its dealings with Yan. “It is so central to the safety and health of our fellow Americans” that we determine the origins of the virus, Gaetz insisted.