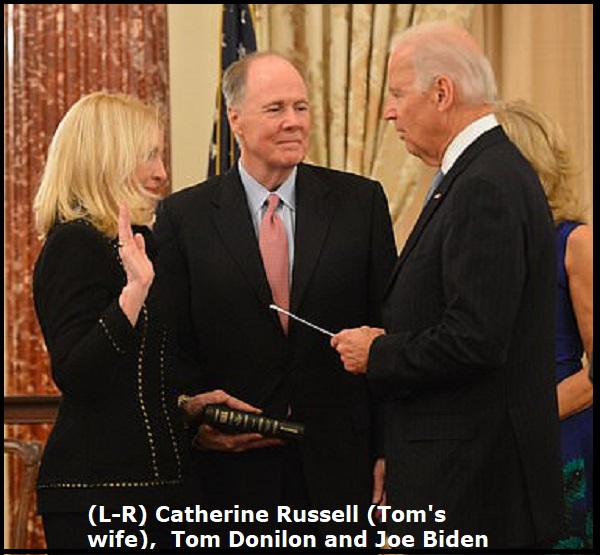 With Joe Biden in the White House you can expect to hear the name “Blackrock” in the headlines connected to a variety of issues from real estate purchasing to green energy projects with massive domestic and international investments.

BlackRock, Inc. (together with its subsidiaries) is a massive publicly traded multinational investment firm with over $8.68 trillion in assets under management [December 31, 2020 financial statement] in more than 100 countries across the globe.  To say that Blackrock is invested in globalism, climate change and leftist politics, would be a severe understatement {See Here}.  Larry Fink is the CEO and people like Cheryl Mills, Hillary Clinton’s attorney of record, are on the board.

Inside BlackRock there is a division called the BlackRock Investment Institute (BII) {See Here}.

Essentially the role of the BII is to tell BlackRock what is going to happen around the globe, and be the tip-of-the-spear in directing BlackRock where to invest money by predicting political events.

The Chairman of the BlackRock Investment Institute is Tom Donilon, President Obama’s former National Security Advisor (before Susan Rice), and a key advisor to Joe Biden throughout his career in politics.

You cannot get more deeply connected in the swamp financial schemes than Tom Donilon.

Donilon has been in/around government for 35+ years, deeply connected.  Before joining the Obama administration Donilon was a registered lobbyist from 1999 through 2005 for O’Melvney & Myers. {Bio Here} Tom’s sole client was Fannie Mae.  Fannie Mae is a government-backed private corporation that sells mortgages to investors.

Donilon took the lobbying gig because he was previously Executive Vice President for Law and Policy at Fannie Mae where he was responsible for Fannie Mae’s legal, regulatory, government affairs, and public policy issues.  Tom Donilon’s BlackRock Biography reads like a who’s-who of connections to the swamp {READ HERE}

Here’s where it really gets interesting.

♦Tom Donilon’s wife, Catherine Russell, is the White House Personnel Director {link}.  In that position Donilon’s wife controls every hire in the Office of the Presidency.

So let me just summarize this….  The Chairman of the BlackRock Investment Institute, the guy who tells the $8.7 trillion investment firm BlackRock where to put their money, has a brother who is the Senior Advisor to Joe Biden; has a wife who is the White House Personnel Director; and has a daughter who is now on the National Security Council.