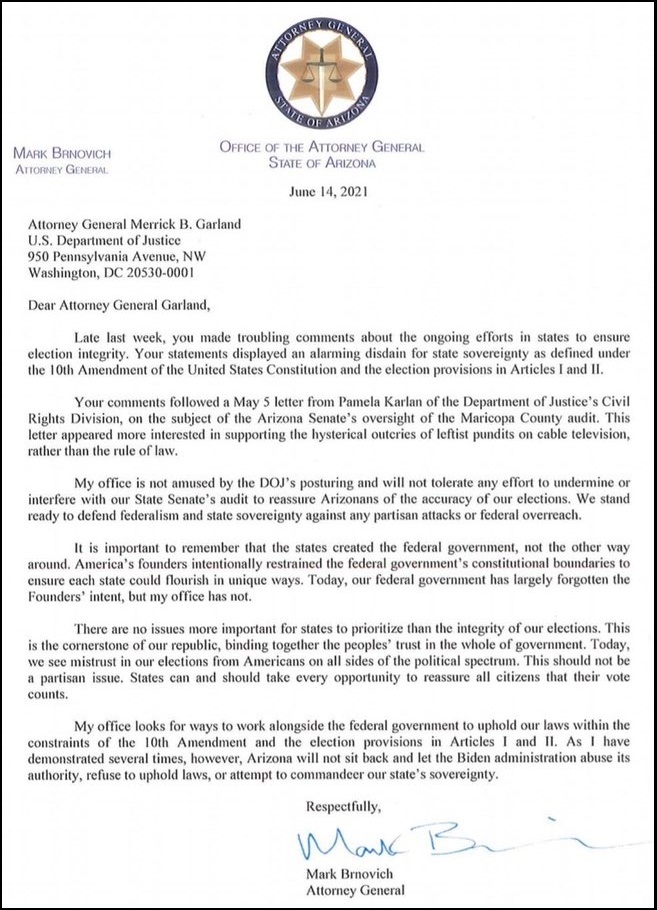 While reminding the DOJ about the 10th amendment, Brnovich writes: The DOJ seems “more interested in supporting the hysterical outcries of leftist pundits on cable television, rather than the rule of law.” … “My office is not amused by the DOJ’s posturing and will not tolerate any effort to undermine or interfere with our State Senate’s audit to reassure Arizonans of the accuracy of our elections: