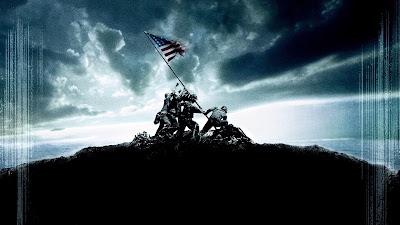 It seems these days that half of America hate the very nation they were born and raised in, the same nation that foreigners fight to get to, and to stay.

This caused a political division over “Old Glory” that quite literally separated those that love the country and the American flag from those that have nothing good to say about America, constantly criticizes the nation, and so filled with hatred of Donald Trump, who spoke out against flag-haters, they actually defended the hate for America being shown by public figures.

Since then there has been no middle ground.

Either you love America, respect the flag and are proud of it, or you don’t.

The wheat has been separated from the chaff. 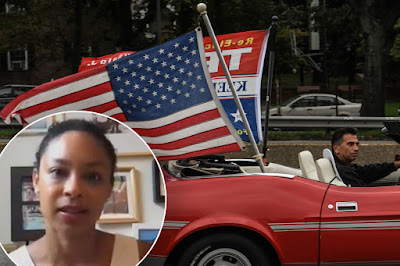 Let us set the scene:    It was D-Day and NYT editorial board member, Mara Gay, was in Long Island and she saw things she found very “disturbing.”

I was in Long Island this weekend, visiting a really dear friend and I was really disturbed. I saw, you know, dozens and dozens of pickup trucks with expletives against Joe Biden on the back of them, Trump flags, and in some cases, just dozens of American flags, which is also just disturbing, which essentially the message was clear, this is my country. This is not your country. I own this.

Video proof of her comments is below, because the NYT PR department is now claiming her words were  “irresponsibly taken out of context.”

New York Times editorial board member Mara Gay’s comments on MSNBC have been irresponsibly taken out of context. Her argument was that Trump and many of his supporters have politicized the American flag. The attacks on her today are ill-informed and grounded in bad-faith.

Sounds to me like they are trying to rewrite history here, since Trump’s “politicizing” of the American flag only came about because he was trying to protect it, and  have Americans respect it after Colin Kapernick attacked it, along with other sports players by kneeling during the National Anthem.

In other words, Kapenick and his merry band of racist America-haters did the politicizing, and President Trump stood up to them and drew a line in the sand.

One can love America while acknowledging things are not perfect without disrespecting the entire country and attacking the American flag.

Of course in response to the criticisms leveled at Mara Gay, others decided to circle the wagons  around her.

Such as a senior writer for The Root, Michael Harriot, who asserts that while there is nothing wrong with the American flag, “Anyone who flies an American Flag on a pickup truck is a whole different breed of white people.”

Another person weighing in on this is ‘Charlotte’ Clymer, military veteran who came out as transgender in 2017,who claims “I completely agree with Mara Gay. It is disturbing. Large American flags on trucks are performative nonsense that are absolutely intended to communicate that America is a conservative, white country. It’s an intentional signal….”

Another trying to use double-speak to “explain” what she meant, as if it wasn’t caught on video, is New York Magazine’s Jonathan Chait, who claims “If you read the entire comment, it seems highly likely (and was understood by the host) to refer to the mingling of American flags with pro-Trump or anti-Biden signs.”

Interesting that nowhere that I can find in Chait’s timeline did we see him explain why seeing anti-Trump signage “mingling” with the American flag, for years, could be disturbing.

Such as the one of many examples that can be found using a search engine, shown below.