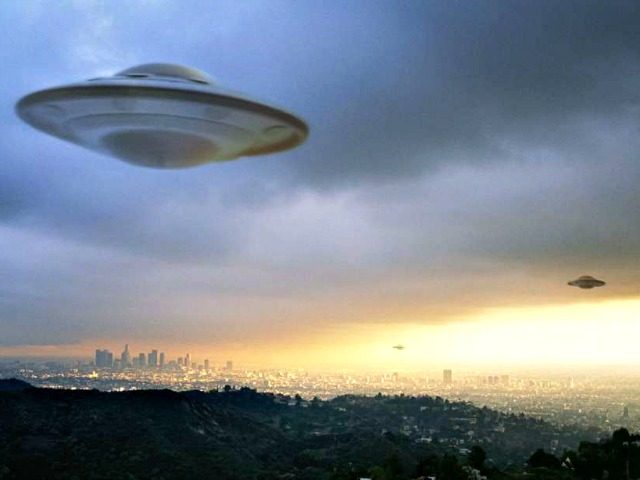 Marlow joked that the Biden administration’s recent remarks — including those of former President Barack Obama — about UFOs have poisoned any previous belief he had in evidence of intelligent alien life.

“I’m the hardest hit by this because, for me, I was a hundred percent convinced aliens were here, they were living among us,” Marlow quipped. “Mathematically, maybe one of you guys were aliens. I’m just trying to be logical here in mathematics, but now that Barack Obama and Joe Biden are on the UFOs, I’m a hundred percent convinced they’re not here; we’re alone in the universe. We’ll never discover anything else, and I’m so disappointed. I was in tears. I was in a heap.”

Marlow assessed talk of UFOs among the political and media class as a diversion from substantive problems undermining America.

“But in all honesty this does feel like a big distraction,” he said. “There’s a lot of problems going on in this country; Middle East is on fire right now; the border’s open and people are flooding through it; and now we’re talking lab leak stuff; the the jobs numbers are not where they should be; the energy sector is not where it should be; and now we’re talking to aliens? It seems like a total head fake by the government, and it’s fun, but it’s stupid hour.”

Marlow replied, “We were looking at the book scans, and they’re pretty great, and they put me on the list, though, but at number 13. I think they bumped me down about 9 or 10 slots. I don’t want to whine too much because there is an entire chapter in the book about how horrible the New York Times is — a whole chapter — they were sitting around a room thinking, Do we have to put the Breitbart guy on? Okay, we have to, but how low can we get away with?’”