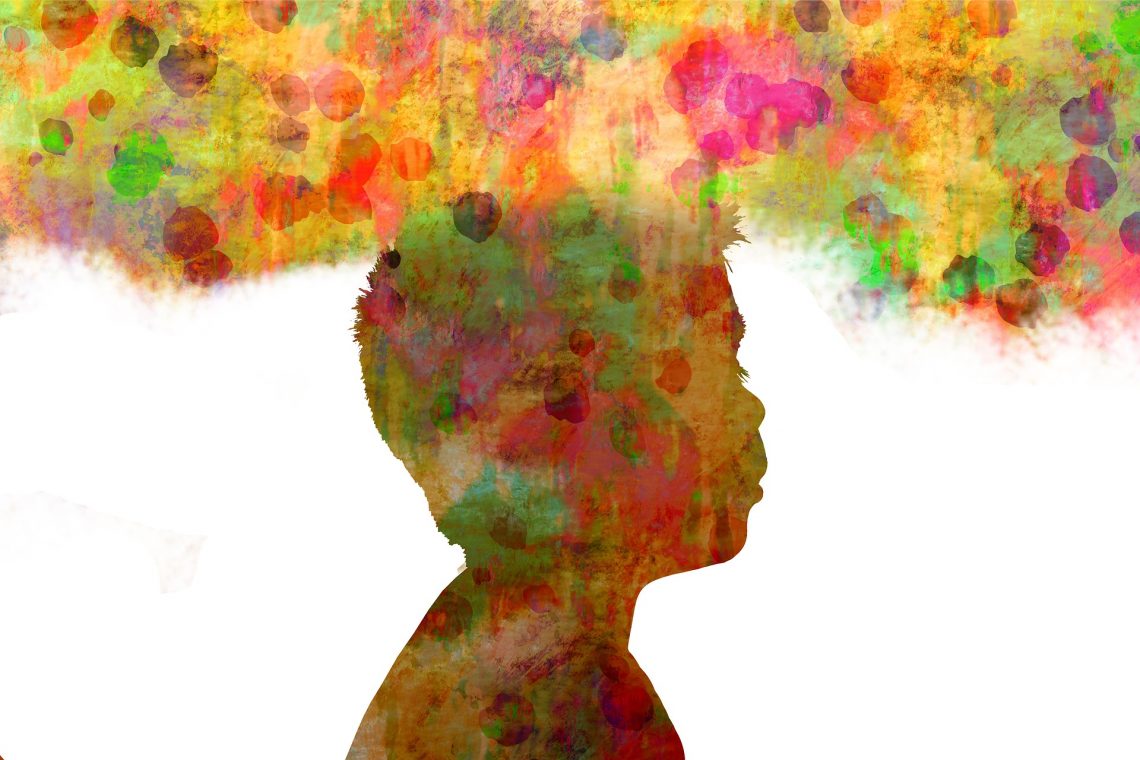 Children represent the great hope of any civilization, imbued as they are with a natural curiosity and awareness of the truth and charged with energy and vitality. In almost all indigenous traditions, the natural world represented the gateway to the cosmos, or higher realms of wisdom, and so new-borns were quickly offered exposure and freedom to explore this lush meta-physical inheritance. In the Americas, some communities would even allow giant eagles or condors to take toddlers on flights of wonder above the canopy of trees — the exaltation and awe induced by these experiences would open psychic gateways in the child’s brain that imbued it with a life-long connection to the ecological neural network of the planet.

The technocratic custodians of history have of course recast these initiations as myths about giant birds abducting young children in a former wilderness that was laden with dangers in every nook and crevice. Such beasts were tamed or eradicated by the sweep of “modernization” that ushered in the industrial age, with its pollution, slavery and dis-ease. Under the burden of inflation and taxation, many parents have been coerced into working full-time to provide for their children. In this schematic, youngsters have been handed various devices to fill the void of personal engagement or communion. Smart phones, talking virtual assistants (Siri, Cortana, Alexa) and the immersive world of video games are blandishments that now dominate the lives of billions of children. But what are the psychological and health effects of such technologies, and what, if any, agendas underpin them?

Some of the most popular titles in the video game market are Call of Duty; Warzone, Fortnite, Grand Theft Auto, Minecraft and Super Smash Bros. Notwithstanding the violent narratives of the former games, the latter, more anodyne, titles still suggest a repetitive, addictive and mindless activity. What are the values inherent in these games — that killing and going on an urban rampage are desirable pursuits? What is missing from such augmented realities are the consequences of such lifestyles or actions; presenting a person with a hundred people to kill per session must devalue human life and desensitize the player, even if those people are pixelated.

More than half of children under 11 in the US own a smartphone, according to a report in NPR. Considerations of digital literacy and access to emergency services aside, the behavioral consequences of smartphone dependency in children have been well documented. A report titled “Association between mobile technology use and child adjustment in early elementary school age” used data from a group of 1,642 first-grade children in Japan to determine whether there was a link between the use of smartphones and behavioral development. The researchers found that “routine and frequent use of mobile devices appear to be associated with behavioral problems in childhood”.

A recent article published in the journal Child Development explored the physical health consequences of smartphone use for children. It stated that, as more children begin using smartphones at earlier ages, “it is of importance that neurological diseases, physiological addiction, cognition, sleep and behavioral problems are considered”. The effects of non-ionizing radiation, from cell phones and WiFi, have been well documented. Sarah Horsley, in a 2014 report called “Safeguarding in Schools: Wireless Technologies”, stated that “Children and young people absorb more microwave, radiofrequency radiation from wireless technologies into their bodies than adults. Modeling studies predict that children absorb 60-100 per cent more into their brains than adults and 900 per cent into their bone marrow. Children are more likely to be damaged by any effects of wireless signals because their bodies are still developing; cells are dividing more (making damage to DNA more likely to be expressed as mutations); their skulls are thinner and their brains are more conductive.”

Beyond the obvious health concerns, what other agendas might the technologists have for our children? This is the age of transparency, and technology is the unwitting conduit of deeper insights into the mindsets and techniques of mass control. The blatant and unscrupulous behavior of social media platforms in censoring and maligning people who post information that counters their aims is one facet of this clarity.

The World Economic Forum organized the Smart Toy Awards this year, ostensibly to highlight manufacturers who were creating AI-based devices that interact with children. The WEF webpage states: “Kids today have a chance to interact with their toys, which have built-in sensors, speakers, cameras and microphones that allow them to engage in ways never imagined before. The toys can customize the experience as they learn more about the child, opening children up to a new digital frontier with new risks and challenges.” The Davos brigade view, or package, data collection and surveillance of children as something noteworthy. Children represent an existential threat to the consensus reality — pure and unencumbered as they are — and therefore the lie structure of this matrix risks being collapsed under the force of their exuberance and relationship with the observable Truth. The reductionist curriculums of the school system have seen diminishing returns with the latest generations of kids, so it would make sense to try to plug them in, as it were, to AI, which can learn from and then later perhaps manipulate children’s developmental processes.

The proliferation of devices aimed at children includes smart watches, location monitors, iPhone Dupe, e-readers, smart lights and speakers linked to the Alexa AI system, and tablets. Smart TVs have backdoors in their software to allow easy access to security agencies and the potential to monitor conversations in the room. Why would the manufacturers — who did not disclose such issues before being challenged on them — leave children out of the surveillance loop? The entrainment is that every facet of life should be directed through the prism of AI.

The Fitbit Ace 2 Activity Tracker is aimed at children of six and up, which “monitors steps, active minutes and sleep habits, plus it lets kids challenge their friends to step competitions and send each other messages.” There is even a Colgate Magik Smart Toothbrush, which assesses how well the child cleaned their teeth.

The advertising blurbs that accompany these products make virtue of the devices’ ability to require parental consent and monitoring, although it seems unlikely that this technology would be designed to answer solely to parents, given the value of such raw data to corporations. Smart devices essentially use personal data to customize to your needs. But that information is usually stored in the “cloud”, which is a cute word that means giant computer servers beyond your reach.

The Children’s Online Privacy Protection Act is a federal law enforced by the Federal Trade Commission. COPPA prevents online companies from collecting and using data from children under 13 without parental consent. COPPA on paper at least prohibits smart devices from tracking kids, but when the devices are used in the home, they do not necessarily know the ages of all users. And, of course, parental consent is the override to this facility.

Most internet connected products have privacy settings that allow some restrictions on the use of your data, such as how much the company can collect, what they use it for, how long they can keep it — although such devices will in some cases have restricted functionality under tight privacy settings, such as a home assistant not allowing calls to friends if your contacts book has been withheld from it.

Amazon Can Now Be Sued

Recently, Amazon changed its retailer’s terms of service from the standard arbitration clause to allow disputes to be brought in state or federal courts, near their headquarters in Washington state. Why did they do this? Nearly all corporations go with arbitration because it keeps things behind closed doors, allows for minimal fees to be paid out, and avoids large class action suits. However, when tens of thousands of arbitration cases are filed at once, like Keller Lenkner LLC of Chicago recently did, that puts a whole lot of pressure, time, and fees on a company.

“Companies thought they were getting out of liability altogether,” by adding arbitration clauses, said Chicago lawyer Travis Lenkner, whose firm filed the majority of the Amazon claims. “Now they’re seeing exactly what they bargained for, and they don’t like it.”

Mass arbitration cases are causing a big issue for a lot of companies. It’s a clever way to beat some of these companies at their own game.

The Silicon Valley corporations behind these products have made no secret of their devotion and commitment to a transhumanist future. The dangling carrot for corporations such as Google, Apple and even SpaceX is not just astronomical revenues, but being able to shape the inevitable changes to human behavior that this technology will bring about.

Google’s evangelical head of AI, Ray Kurzweil, says that by 2029 we will have reverse-engineered and modeled all the regions of the brain, which will provide the algorithmic methods to simulate all of the human brain’s capabilities – and crucially, he claims, our emotional intelligence.

In his book, The Age of Spiritual Machines, Kurzweil posits the notion of the “singularity”.

“We are looking at a future that in important ways computing intelligence will truly exceed our own – not just in chess or air traffic control, but in actual cognition,” says Richard Dolan, an historian. “I think computer algorithms will be able to make their own decisions, and have some sort of consciousness.”