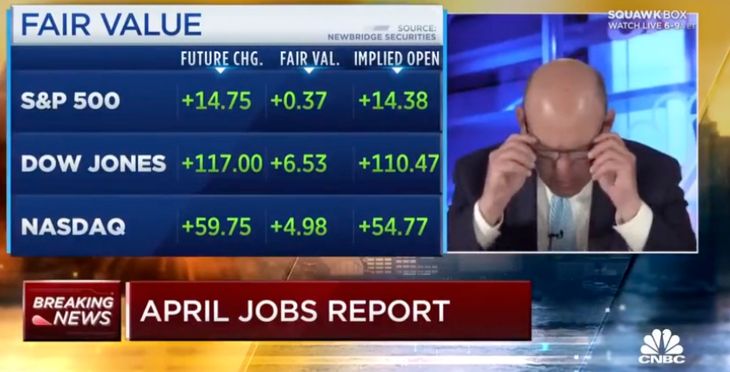 The latest economic numbers were so bad…

How bad were they?

They were so bad that Steve Liesman of CNBC thought they were wrong and had to double-check the numbers.

Experts had predicted that roughly a million Americans would be added to the payrolls in April, so when the numbers were published by the Department of Labor, Liesman hesitated to read them.

Ouch. While most people acknowledge how bad the number were, Joe Biden tried (and failed) to spin the latest numbers in a positive light.

“Quite frankly, we are moving more rapidly than I thought we would.” Biden claimed. “This morning, we learned that our economy created 266,000 jobs in April.”

“Today, there is more evidence that our economy is moving in the right direction, but it’s clear we have a long way to go,” he added.