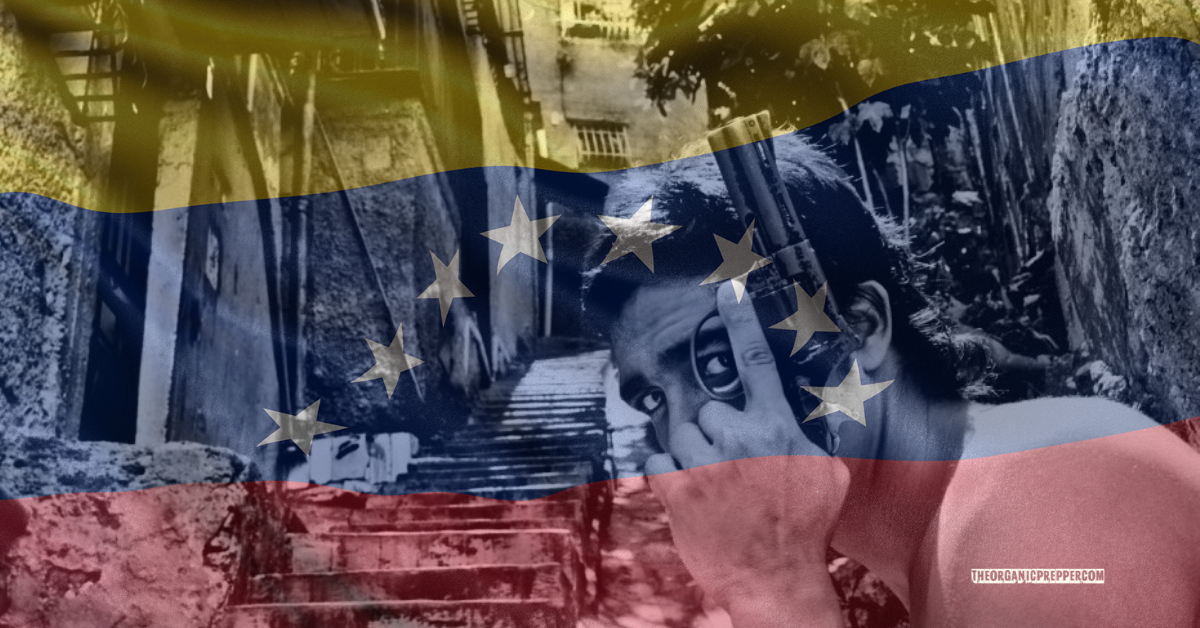 Violent criminal gangs are running more than half of Venezuela. Some people know how messed up Venezuela is these days. Having lived there for decades, I have a better understanding of why. Until there is a return to democracy, however, I can’t fully disclose the reasons.

Venezuela is about to be completely overrun by criminal gangs

Gangs in Venezuela become more powerful with each day.

An article published on World Politics Review, “Armed Gangs and Warlords Are Taking Over Venezuela” offers this:

Much of the problem stems from Venezuela’s breathtaking economic collapse, which has left criminal activity as the principal livelihood for much of the country, including many public officials, who resort to bribery and extortion to make ends meet. Venezuela’s gross domestic product, which stood at $352 billion a decade ago, has plummeted to $43.75 billion, a barely believable loss of more than 87 percent in a decade.

The once-wealthy nation with vast oil reserves has seen state oil revenues vanish and profitable economic activity languish. Smuggling is now a leading industry, and Venezuela’s borders are beehives of illicit trafficking, while large swaths of the country survive on other forms of criminality.

The official version is this: a special operation executed in a barrio resulted in the ambush and merciless shooting of Scientific Police Corps officers. Organized criminals belonging to the Carlos Revette gang are responsible for the ambush and subsequent injuries of officers and civilians.

The Scientific Police Corps is the only organization to survive after the failed coup. These officers under attack were not a special task force. They’re like the CSI on the USA. Intel and forensic work, not assault teams. As you can read here, any officer belonging to these organizations carrying any weaponry is in serious trouble.

Toby has written on this website that there is no such thing as WROL (Without Rule of Law) – instead, it becomes DROL (Different Rule of Law.) That is what we’re seeing here. And Selco has written that there will be new rules and you won’t like the way they are enforced. This has also proven to be accurate.

Officers and civilians shot at from all directions

As the criminal gangs wreaked havoc on Caracas, civilians were trapped in the crossfire.  Many of them abandoned their vehicles to look for cover under the rain gutters and on the road shoulders. The video below shows a trapped civilian who looked for cover behind the highway divider. Also, in the video, police officers are trapped and screaming. They mention fire from all directions, just like the Normandy invasion.

In Caracas and other Venezuelan cities, favelas and barrios of different wealth levels surround the highways. To the right and left of the roadways in the video are thugs shooting from cover in the surrounding barrios.

The thugs shot civilian vehicles nearby just because they could—full auto AK103 against 9mm and maybe an old battered Steyr AUG. In the end, the thugs went to the patrol car to collect the loot.

How did violent criminal gangs get ammunition for 2-hour long combat?

The nationalized AK ammo factory is under official control. However, it seems some parts of the capital city are subject to criminal control. Whether the LEOs can or cannot combat them, it’s unknown.

The situation is complicated and has a political background. Back in the Hugo era, militias in the poorest barrios of Caracas were provided with weaponry “for the defense of the homeland.” Of course, many of these AKs were “lost.”

Venezuela banned the civilian population from private gun ownership in 2012. That is only one part of the problem. However, the same article informs an unknown number (within 9 to 15 million) of illegal guns in the barrios.

The problem with gun trafficking is not exclusive to military weapons going to the wrong hands. Private non-USA “entrepreneurs” boldly push their luck in the USA, finding creative ways to ship guns to their customers.

What can we do?

I believe Venezuela is on the path to a collapse and possible Somalization of my beloved homeland. In this article dated 2019, someone else has the very same impression. So much illegal weaponry in our streets is highly alarming. Someone must do something before it’s too late.

Have We Now Become A Completely Lawless Nation?