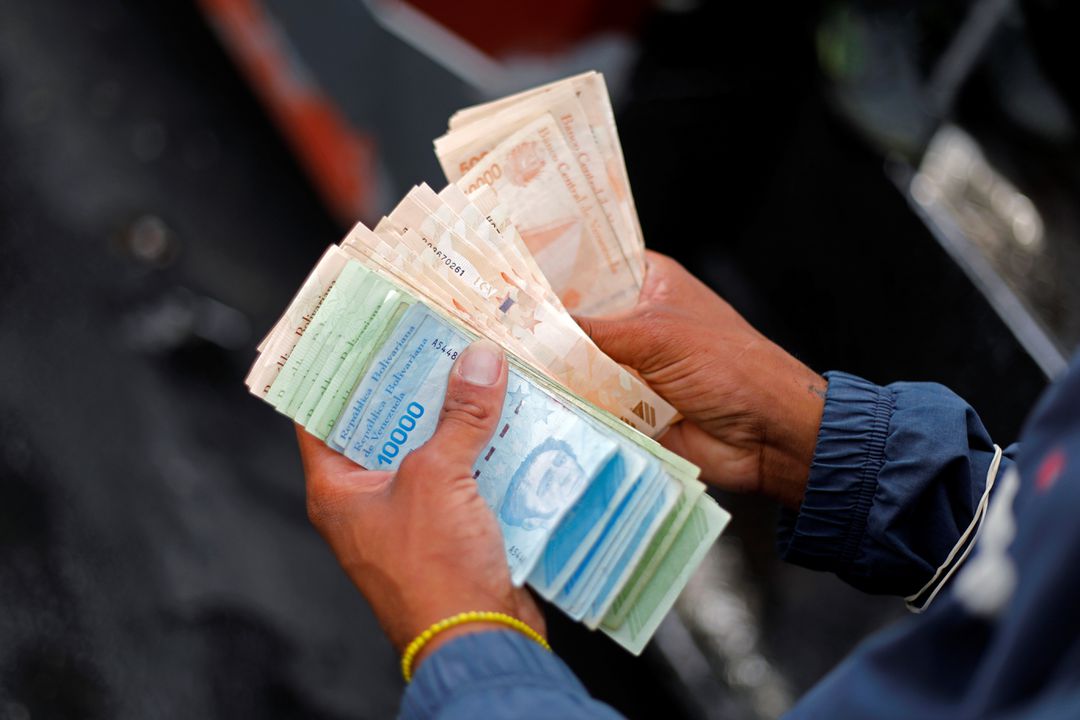 The Venezuelan government increased the monthly minimum wage by 289%, an official said on Saturday, moving from the equivalent of 64 U.S. cents to about $2.40 at the exchange rate estimated by the country’s central bank.

Venezuela’s economy is in its fourth year of hyperinflation, its seventh year of recession, and has been slowly and disorderly undergoing a dollarization since 2019.

Pinate made the announcement at a Labor Day event broadcast on state television, adding that the food bonus state workers are slated to receive would also increase.

The new base income of $2.40 plus the food bonus now represents $3.50, with which Venezuelans can buy a kilogram of cheese and a liter of milk.

President Nicolas Maduro’s government has raised the minimum wage twice this year, with the country facing the coronavirus pandemic, a severe recession and hyperinflation.

Although two years ago the authorities relaxed controls on the economy, allowing for greater transactions in foreign currency, many workers continue to receive their wages in the local currency, the bolivar, which has lost value.

Pinate also said the salary scale in the public sector will be revised, without giving details.