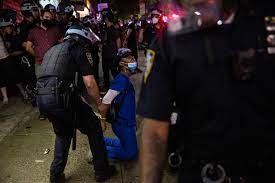 An independent media outlet was censored repeatedly by Twitter on Tuesday for posting about an ominous ANTIFA threat to murder cops.

Media Right News was censored for merely reporting about ANTIFA in their own words. The social media giant is apparently obscuring their true agenda as they allow left-wing thugs to organize violent acts of terror on their platform.

After being censored by Twitter, Media Right News appealed the tweet and was denied. They appealed it once more and Twitter came back with the same decision.

“Our support team has determined that a violation did take place, and therefore we will not overturn our decision,” Twitter said in their denial notice.

“In order to restore account functionality, you can resolve the violations by logging into your account and completing the on-screen instructions,” they added.

The denial notice can be seen here:

Twitter is attempting to condition independent publishers like Pavlov’s dogs, forcing them to self-censor at all times in an attempt to conform with Big Brother’s unjust design. Media Right News is refusing to play their diabolical game.

“I did not engage in targeted harassment. I simply quoted Antifa, and we CONDEMN the quote from Antifa and disagree with the quote used only for news reasons,” Media Right News reporter Ian MacDonald told Big League Politics.

Big League Politics has reported on how Twitter and other social media providers have promoted ANTIFA in the past: