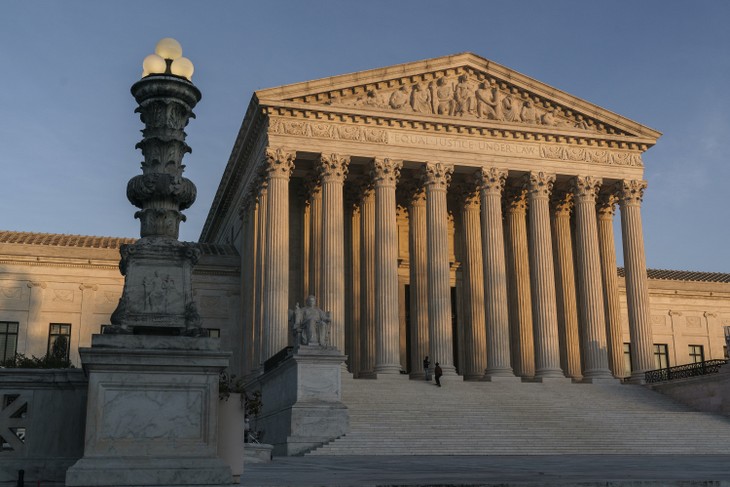 Did you hear that Joe Biden’s Department of Justice wanted the Supreme Court to rule that police could search Americans’ homes for firearms — and confiscate them — without a warrant?

In the case of Caniglia vs. Strom, this issue was in play. Had SCOTUS ruled police could do that, your Second Amendment rights would have been in grave jeopardy.

In March, Biden’s DoJ filed a brief with the Supreme Court in this case. It said:

In its first amicus brief before the Supreme Court, the Department of Justice argued the actions taken by law enforcement to confiscate the petitioner’s firearms without a warrant were “reasonable.”

“The touchstone of the Fourth Amendment is reasonableness,” the DOJ’s brief stated. “For criminal investigations, this Court has generally incorporated the Warrant Clause into the Fourth Amendment’s overarching reasonableness requirement, but it has not generally done so for searches or seizures objectively premised on justifications other than the investigation of wrongdoing.”

In this case, the police officers’ actions were not reasonable. A man and his wife argued. At one point, the man placed one of his unloaded guns on the table and said “shoot me now and get it overwith.”

Following the argument, Caniglia’s wife called the non-emergency police line, leading to a visit from law enforcement. The police convinced Mr. Caniglia to go to the hospital for psychological evaluation, despite disagreeing that his behavior was “abnormal” or “agitated.”

While Mr. Caniglia was on his way to the hospital, his wife told the police that he had two pistols in the home, at which point the officers searched the home without a warrant; however, Mrs. Caniglia couldn’t provide legal consent because the police lied, telling her that Mr. Caniglia had consented to the seizure of his firearms.

So the police lied and took his guns with no warrant and no clear suspicion that he was even unstable. But they took his guns anyway.

The case was resolved at the Supreme Court Monday. The usually divided court was united, protecting the man’s rights 9-0. Justice Clarence Thomas wrote the unanimous opinion, “stating that law enforcement can execute ‘many civic tasks in modern society,’ but there is ‘not an open-ended license to perform them anywhere.’” “The very core of the Fourth Amendment,” Thomas wrote, is the “right of a man to retreat into his own home and there be free from unreasonable search and seizure.”

Justice Samuel Alito wrote a concurring opinion, noting that this case raises issues with so-called “red flag” laws which many on the left, including Joe Biden, support for the purpose of removing individuals’ firearms despite the fact they have committed no crime. Such laws may be subject to abuse with little or no recourse.

Joe Biden’s DoJ staked out a position far to the left of even the most reliable leftists on the United States Supreme Court. Whatever Biden is, he’s no moderate.