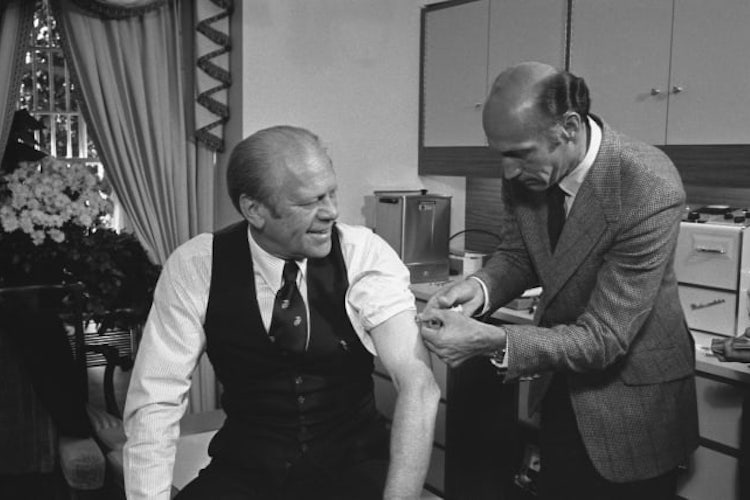 In the mid-70’s, the US government launched a full-scale campaign to vaccinate mass numbers of Americans against what was supposed to be the deadliest flu pandemic that never actually occurred. As a result of the government push for widespread inoculation, many were harmed by the rushed vaccines.

“This government-led campaign was widely viewed as a debacle and put an irreparable dent in future public health initiative, as well as negatively influenced the public’s perception of both the flu and the flu shot in this country.” – Rebecca Kreston, writing for Discover Magazine

After a soldier named David Lewis died from a newly emerged form of influenza, then-US Secretary of Health F. David Mathis announced that this virus indicated “a return of the 1918 flu virus that is the most virulent form of flu,” and in extension the most deadly pandemic since the start of the 20th century.

The CDC decided that in order to prevent another pandemic, 80% of Americans would have to be vaccinated immediately. Ultimately, 46 million Americans received the vaccine for a virus which never actually emerged.

Resulting from what Rebecca Kreston believes to be then-President Ford’s “increasingly politically motivated” election campaign was that over 450 mostly elderly folks came down with a rare neurological disorder called Guillain-Barre syndrome, an illness that causes full-body paralysis and of which there is no cure.

“Remember the swine flu scare of 1976? That was the year the U.S government told us all that swine flu could turn out to be  a killer that could spread across the nation. And Washington decided that every man, woman and child in the nation should get a shot to prevent a nationwide outbreak, a pandemic. Well, 46 million of us obediently took the shot, and now 4000 Americans are claiming damages from Uncle Sam amounting to $3.5 billion, because of what happened when they took that shot. By far the greatest number of the claims, two-thirds of them are for neurological damage or even death, allegedly triggered by the flu shot.” ~Mike Wallace, 60 Minutes

United States government agencies including the Centers for Disease Control (CDC) have a history of exaggerating the seriousness of viral pandemics such as the Swine Flu ‘Pandemic’ of 1976.

This scare-mongering about non-existent and exaggerated outbreaks is not only a modern tradition in American government, but has occurred several times since 1976. Another swine flu ‘pandemic’ which never fully came to be was pushed in 2009; Ebola was a big scare in 2014; and in 2018 there was a supposed outbreak of the bubonic plague which never actually spread.

Is the coronavirus another example of an exaggerated pandemic? Many believe so, including world-renowned doctors and scientists such as Dr. Roger Hodkinson and Dr. Aji Joffe of Canada, former president of the Association of American Physicians and Surgeons Dr. Lee Merritt, holistic health practitioner Dr. Cassone, Doctors Dan Erickson and Dr. Artin Massihi of California, Dr. Wolfgang Wodarg of Germany, over 500 more German doctors and scientists who spoke out in unison about the exaggerated viral pandemic, and many, many more.

The numbers surrounding our current coronavirus pandemic have been put in question on multiple occasions due to concerns over the federal government providing hospitals additional money for registering patients as covid-19 positive, the CDC rolling back collection of flu data, and the mass social media censorship which has occurred throughout the entire pandemic for anyone who dares speak in opposition to the claims of the World Health Organization (WHO) or CDC, no matter how distinguished and tenured they are. 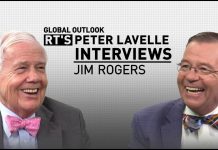