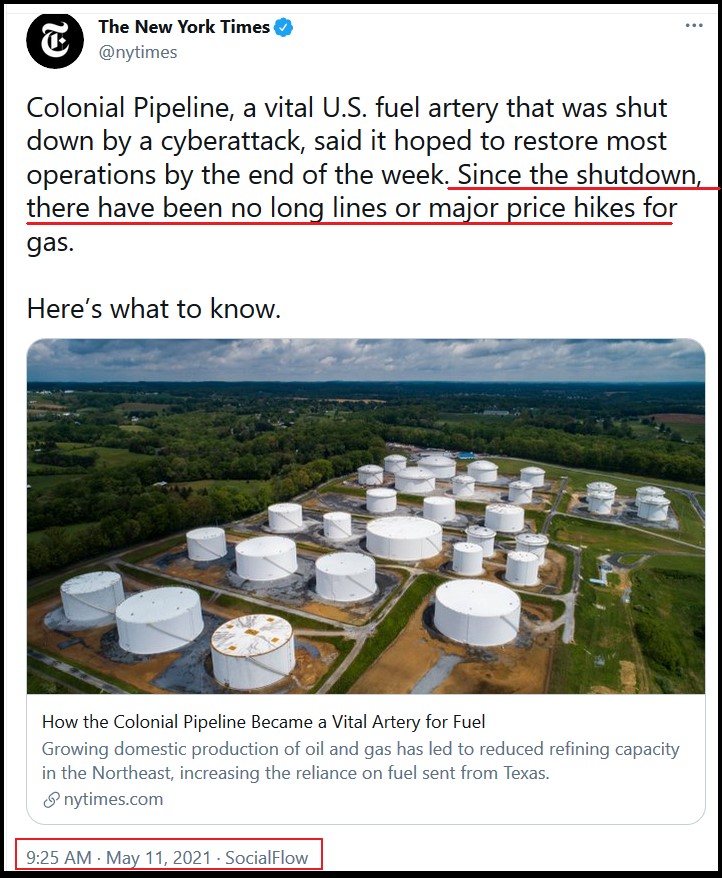 In a PRAVDA-esque display of regime defense on behalf of JoeBama the New York Times (state run media) attempted to deny the reality of what many Americans are experiencing. However, after immediate backlash… the proverbial stealth edit, as people started pointing out the absurdity of their claims:

Obviously this narrative runs in the exact opposite of reality.  So stark was the contrast the NYT quickly re-positioned:

New York Times […] “On Tuesday, hundreds of filling stations in the Southeast either ran out of gasoline or restricted sales as panic buying surged, particularly in Georgia and Tennessee. Nationwide, the price of regular gasoline climbed by nearly 2 cents a gallon, to $2.99, on Tuesday. In Georgia, the daily price rose by nearly 10 cents a gallon.”

Part of the problem is a shortage of truck drivers to move fuel by road. But most experts said the price rise would be short-lived.

“Potentially it will be inconvenient,” said Ed Hirs, an energy economist at the University of Houston. “But it’s not a big deal because there is storage in the Northeast and all the big oil and gas companies can redirect seaborne cargoes of refined product when it is required.” (read more)

Obviously those behind the Biden administration are not going to let this opportunity to go waste.  The pattern: (1) Create a crisis; (2) step-in with a government solution; (3) advance the leftist agenda.  Cue the Green New Deal and Infrastructure narratives 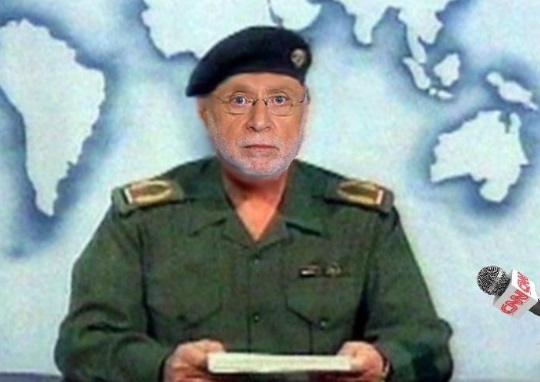