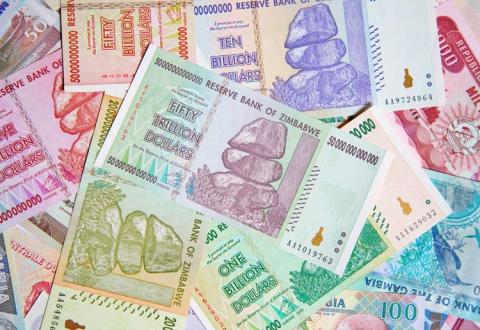 May is on its way, and the old investment saw, “Sell in May and go away,” will be tested once again. Jared Blikre, writing for Yahoo Finance, provides the history behind what may or may not be good advice. “The full axiom was originally, ‘Sell in May and go away, and come on back on St. Leger’s Day,’” he explains. “It has its roots in the City of London. Financial professionals would go on holiday in May for approximately four months to escape the summer heat and return for the St. Leger derby in mid-September.”

While we’re told there’s a pent-up demand for travel, people’s phones and trading apps will still be close by, begging for attention in the summer sun. Robinhood and Coinbase alerts won’t hide from the weary traveler parked under an umbrella, toes in the sand, piña colada in hand.

Dogecoin will not get the hell out of Dodge this summer. The cryptocoin, created as a joke, is surprisingly not obscure. My newest doctor and I, while he drained the goo from a ganglion cyst on my wrist, discussed the trading action of dogecoin after I mentioned I had done some work on booms and busts.

As I write, Dogecoin is up after Elon Musk, who will add Saturday Night Live guest host to his resume on May 8, called himself “the dogefather.” Musk’s Tesla shares continue to defy logic and gravity, but could the coming guest-hosting gig signal a market top, at worst, or a reason to sell in May, at least?

DOGE, created by software engineers Billy Markus and Jackson Palmer, was also discussed at dinner the other night, when a couple, who admitted they have no idea what they’re doing, said with a shrug, “Yeah, we’ve each doubled our money in a few months trading stocks.” Nothing as exotic as DOGE, but reopening plays like cruise line and airline shares.

Kevin Duffy, proprietor and author of the Coffee Can Portfolio newsletter, provides thirteen rules for investing, not speculating. Number 12 is, “The retail investor is always late to the party.”

To the sensible and experienced, it seems late indeed. But is piling into US dollars, made less worthy each day by the Powell Fed, a good idea? The US central bank now has a climate change mandate, in addition to full employment. Soundness of the currency used to be top of mind for central bankers, but that horse left the Eccles Building long ago.

“Climate change and the transition to a sustainable economy also pose risks to the stability of the broader financial system. So a second core pillar of our framework seeks to address the macrofinancial risks of climate change,” Fed governor Lael Brainard said recently.

With Brainard, Jerome Powell, and Treasury secretary Janet Yellen focusing on the climate, the M1 money supply has gone parabolic, from just over $4 trillion in February to $18.6 trillion in March. This is right out of Gideon Gono’s playbook. The once governor of the Reserve Bank of Zimbabwe, said, among many outrageous things, “There is a positive correlation between the drought and inflation.”

So there you have it. And you thought monetary policy and climate were mutually exclusive. I wrote on mises.org in 2010, “Forget about money printing. Inflation is all about the weather, lack of support from other nations, and political sanctions. In Governor Gono’s mind, he has had nothing to do with the hyperinflation in his country. ‘No other [central-bank] governor has had to deal with the kind of inflation levels that I deal with,’ Gono told Newsweek. ‘[The people at] my bank [are] at the cutting edge of the country.’”