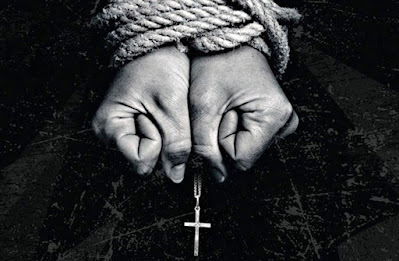 There is a wave of complete lunacy sweeping throughout the entire globe it seems.

Pastors arrested for holding church services. Chaplains reported to terrorism agencies for speaking on LGBT issues, despite encouraging respect for all. ‘Woke’ universities connecting Darwin to “white supremacy.”  A secular K-12 coed day school forcing changes to curriculum based on race based issues, the equivalent to book burning, as parents which pay those tuitions rage against it. Another Pastor arrested for conducting church service during the “COVID tyranny” phase.

These are just a few examples of what is happening in America and abroad, showing a change, certainly not for the better, that is sweeping across the world,  able to do so, because normal people are “scared” of being labeled, attacked and/or harassed if they dare speak up against what is happening.

While these incidents happened in multiple countries, including right here in America, it shows the clear pattern of attacks against whites, Christians, heterosexuals, and common sense.

ATTACKS AGAINST PEOPLE OF FAITH

COVID is being used by liberal leaders to attack people of faith, disallowing church services while allowing protests, just to show one quick example of how arbitrary these rules are.

Arresting Pastors for simply holding services against the fascist governments that demand they not congregate.

Recently there was a Canadian Pastor that went viral after chasing the COVID “nazis” (his words on camera) out of his church after they disrupted services.

They paid him back by arresting him in the middle of a roadway, using four cops cars and multiple law enforcement…. again, they arrested him for nothing more than holding church services while the government continues to hold arbitrary and different rules for segments of the population.

The Canadian Gestapo were smart this time. Instead of breaking into and swarming Canadian Pastor Artur Pawlowski’s church — as they previously did during an Easter weekend service, only to be appropriately shamed and heckled out of the place — this time the Canadian Gestapo waited until after Saturday services to arrest Pawlowski, and did so on a public highway.

Naturally, the Gestapo treated him like he was Scarface. Multiple officers and at least four police cruisers were involved

Here in America, another Pastor was arrested for holding church services with law enforcement claiming he “showed “reckless disregard for human life and put hundreds of people from his congregation at risk.”

Moving along to London, we see  a pastor preaching the bible, was arrested for what they called “homophobic comments.”

“I was preaching from the Holy Bible from Genesis Chapter 1,” Sherwood noted. “About God creating man in his image, being male and female…I was talking about the husband and wife relationship and children, and the beauty of the family. And it was construed by some as being homophobic even though I never mentioned anything about homosexuals.”

A woman recording the incident on her cell phone can repeatedly be heard yelling at the arresting police officers: “You’re on camera…For a man preaching about Christianity!”

Sherwood later told local news outlets that he was released without being charged and he maintains that he did nothing wrong.

“I wasn’t making any homophobic comments. I was just defining marriage as a relationship between a man and a woman,” the pastor said Friday. “I was only saying what the Bible says – I wasn’t wanting to hurt anyone or cause offense. I was doing what my job description says, which is to preach the gospel in open air as well as in a church building.

“When the police approached me, I explained that I was exercising my religious liberty and my conscience. I was forcibly pulled down from the steps and suffered some injury to my wrist and to my elbow. I do believe I was treated shamefully. It should never have happened.”