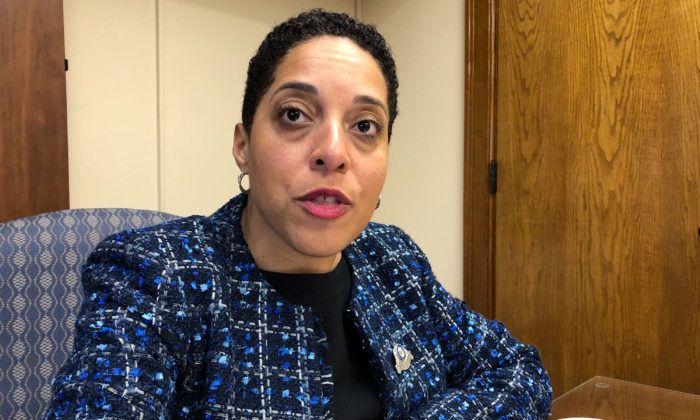 St. Louis Circuit Attorney Kim Gardner faced disciplinary proceedings stemming from an ethics complaint filed against her, according to a case list (pdf) posted on a state website.

Gardner, who was elected to her post with the help of billionaire liberal activist George Soros, will likely face a panel that will review the allegations against her. The Missouri Supreme Court would render the final verdict on what punishment, if any, Gardner will receive.

It is unclear which allegations the disciplinary proceedings will address, but a statement by Gardner’s office provided to KMOV referenced the allegations against her lodged by former Missouri Gov. Eric Greitens.

“As the Circuit Attorney has repeatedly proven time after time, she has acted in full accordance with the law during the investigation into former Governor Greitens,” the statement says. “Despite several investigations attempting to uncover illegal wrongdoing by her office in this case, none has ever been found. We are confident that a full review of the facts will show that the Circuit Attorney has not violated the ethical standards of the State of Missouri.”

Greitens’ team had accused Gardner of failing to correct the record during a deposition from private investigator William Tisaby, whom Gardner had hired to investigate Greitens. Tisaby had conducted interviews with the woman who accused Greitens of misconduct. Tisaby had since been charged with six counts of perjury and one count of tampering with evidence as part of his work on the Greitens case. Gardner was with Tisaby when some of the violations occurred and had an ethical duty to flag his alleged lies, Greitens’ team claims.

Greitens resigned from the governorship amid Gardner’s probe, but all of the charges against him were subsequently dropped.

In 2019, the Missouri Supreme Court’s Office of the Chief Disciplinary Counsel received 1,733 complaints (pdf) of attorney misconduct and opened 763 investigations. The office’s work that year resulted in the disbarment of 22 attorneys and the suspension of 30 others.