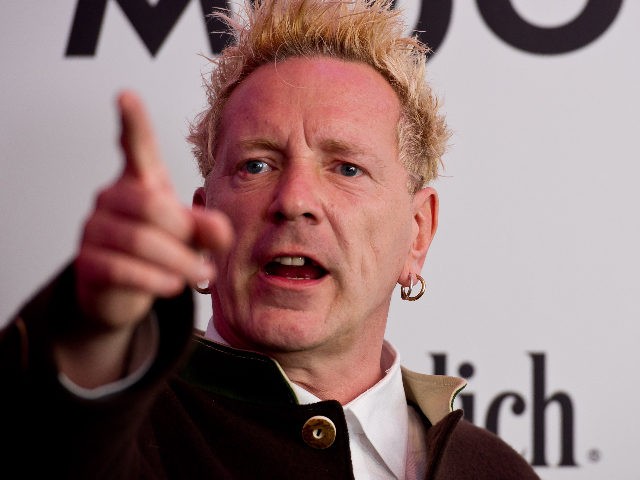 Sex Pistols frontman Johnny Rotten tore into the Democratic Party and said the “collapse” of America is happening because of Joe Biden’s “nonsense.”

“You have a Democrat party that doesn’t respect anything but the latest woke fashion trend and that’s to the destruction of America,” Rotten told the UK Times in a recent interview. Born Johnny Lydon in Britain, Rotten, became American citizen in 2013.

Speaking bluntly of Joe Biden, the “Anarchy in the UK” singer said “I’m watching America now collapse because of the Biden nonsense.”

Lyndon scoffed at the Democrat and “mainstream media” accusation that the GOP is the party of “rednecks.” Especially in the era of Trump, Republicans are “regular working people,” and not the “redneck, toting, moronic race haters” that liberals claim,” Lydon said.

“They’re Donald Trump supporters. They work hard for their families, and they want to be respected. People have been so misled into hating a human being — Trump — just on the whim of the media,” Rotten told the outlet. “Four solid years of CNN hatred has done a lot of damage to this country. He’s not a politician and why should he be; we’ve all had enough of politicians.”

Last year, Lydon proudly noted that he intended to vote for Donald Trump for president.

“He’s an individual thinker, I’ll give him that for a start,” Lydon said of Trump last October. “He’s not the most lovable fellow on God’s earth, but I cannot see the opposition as offering me anything by way of a solution.”

“Yes, of course, I’m voting for Trump,” Lydon added. “It’s bad person or not. I don’t want a politician running this world anymore.”

Lydon also slammed the media for characterizing Trump as a racist.

“What I dislike is the left-wing media in America are trying to smear the bloke as a racist, and that’s completely not true,” he added. “He’s a total cat amongst the pigeons … [He’s] got everybody now involving themselves in a political way. And I’ve been struggling for years to get people to wake up and do that.”