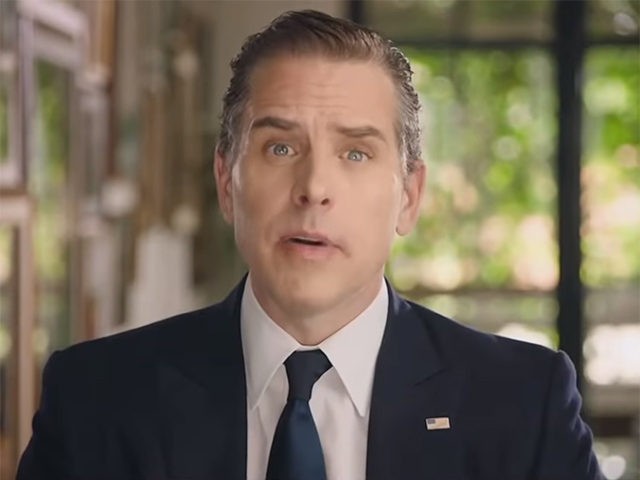 President Joe Biden’s son Hunter reportedly continues to hold a stake in a Chinese private equity firm despite his father’s campaign promise that, if elected, his family would divest its foreign business interests.

The state-controlled Bank of China co-owns BHR Partners. Hunter Biden is the sole beneficial owner of Skaneateles LLC that holds his 10 percent stake.

In October 2019, then-presidential candidate Joe Biden vowed that, if elected, nobody in his family would have any business ties with any foreign corporation or nation, a contrast to the Trump Organizations worldwide presence.

No one in my family will have an office in the White House, will sit in on meetings as if they are a cabinet member, will, in fact, have any business relationship with anyone that relates to a foreign corporation or a foreign country. Period. Period. End of story.

More than 100 days into his presidency, Joe Biden has failed to keep that campaign promise.

Joe Biden did alter his pledge in regards to his family’s foreign business dealings once he was elected president, saying in December that nobody in his family would “be involved in any business, any enterprise, that is conflicted with or appears to be in conflict, with the appropriate distance from, the presidency and government.”

Joe Biden made the 2019 promise only hours after his son announced that he would step down from the board of BHR Partners and vowed not to engage in foreign business dealings if voters elected his father president.

Hunter Biden reportedly stepped down over intensified scrutiny of his father’s bid for the Democrat party’s presidential nomination.

Under a Biden Administration, Hunter will readily comply with any and all guidelines or standards a President Biden may issue to address purported conflicts of interest or the appearance of such conflicts, including any restrictions related to overseas business interests.

White House press secretary Jen Psaki conceded in February that Hunter Biden was still an investor in BHR but claimed that he was selling his shares.

“He has been working to unwind his investment, but I would certainly point you — he’s a private citizen — I would point you to him or his lawyers on the outside on any update,” Psaki declared under questioning from the New York Post.