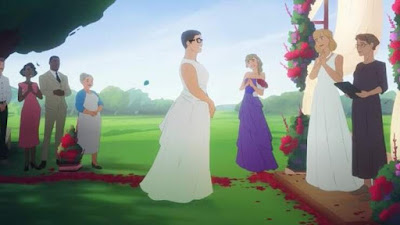 Back during the Obama regime, when images of  cadets, in uniform were widely circulated, showing them in bright red high heels, I thought it seriously offered a horrible image of America and her military, and considered it a very low point in our recent history regarding the image we want our adversaries across the world to see, or not see.

One would think our government would have learned a lesson from the reactions, mostly laughter and disgust, but obviously they did not and are doubling down on “wokeness,” which must have our rivals laughing hysterically at America.

Let me start by saying I thought these videos, one from the CIA as part of their “Humans of CIA” recruitment series and one from the U.S. Army, were satire, or hoaxes,  but unfortunately they are not.

What they are, is dangerous and deadly because any country that wants to attack America will be encouraged to do so after seeing these……sickening displays indicating our government is more concerned with being “woke” than actually protecting the nation or the people in it.

The Army recruitment video was uploaded to Rumble by Dinesh D’Souza on May 13, 2021, with the headline of “This is a Real US Army Recruitment Video and China LOVES It.”

The note under the video was “At first I was sure this was a parody. But it is not a parody. The US Army seems to be making itself a parody.”

What is doesn’t include is any type of deterrent to our adversaries by showing strength, courage and competence in fighting off an enemy.

Thanks to WhatFinger’s General Dispatch page, we have examples of both Russia and China’s type of recruitment videos.

WhatFinger is run by veterans, so when you see that within their title they state bluntly, “Why we are so screwed,”  this is coming from those that have served and understands how weakness can and will be used against America by our rivals.

Before taking a look at what  our “woke” CIA looks like, here are the Russia and China recruitment videos.