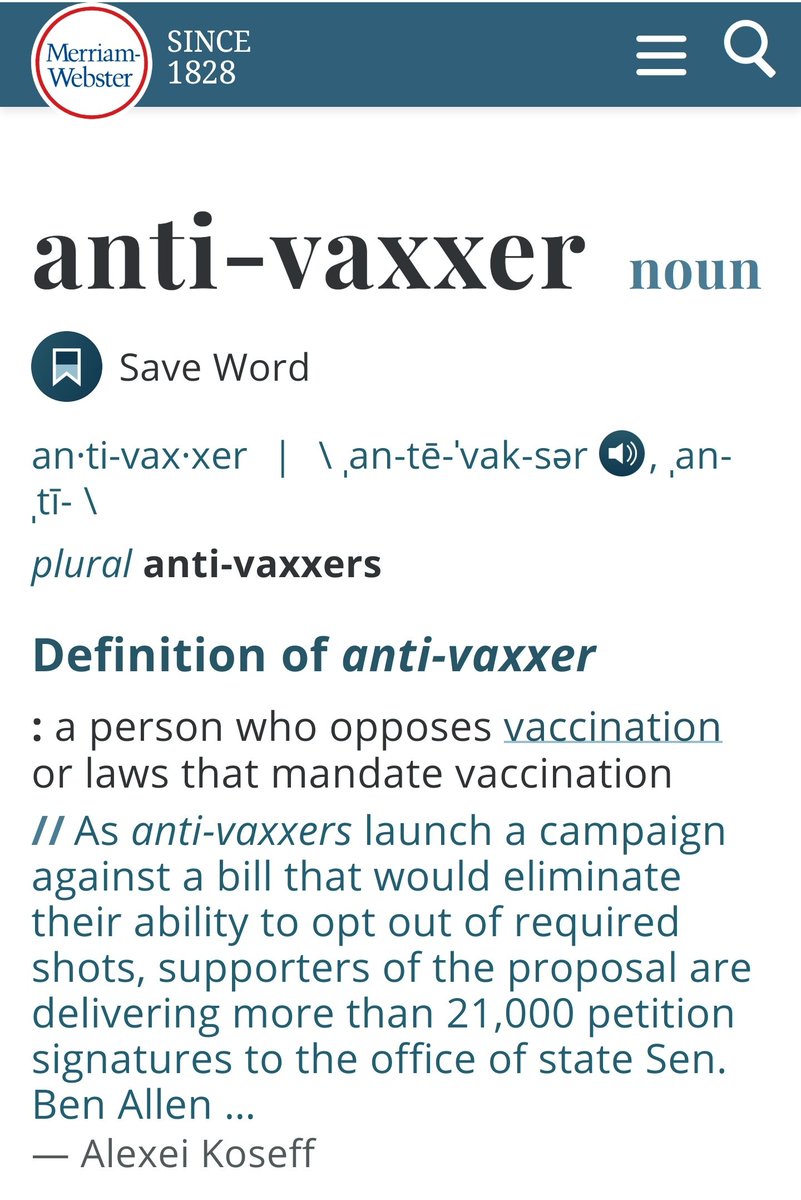 Recently, the Merriam-Webster dictionary (also called “The Ministry of Truth” in some circles) decided to broaden the scope of how to define the word “anti-vaxxer.”

Merriam-Webster’s website now defines “anti-vaxxer” as “a person who opposes vaccination or laws that mandate vaccination.” In other words, any person who does not believe in forcing a needle down the arms of others now falls under this term, regardless of their personal views on vaccines.

“Welcome to ‘1984.’ This is the Ministry of Truth,” rapper and podcaster Zuby said on Twitter, in reference to George Orwell’s dystopian novel.

Welcome to 1984. This is The Ministry of Truth. pic.twitter.com/a62lBOCJDj

In the past, the Oxford Dictionary took similar action by changing the definition of the word “bigot.”

They changed the definition of bigot. pic.twitter.com/U9c69hgHtf

For a long time, the word was defined as someone who is “intolerant toward those holding different opinions.”

The new definition reads as a bit more politically targeted.

“A person who is obstinately or unreasonably attached to a belief, opinion, or faction, especially one who is prejudiced against or antagonistic toward a person or people on the basis of their membership of a particular group.”

Does this sound familiar at all?

The altering of these definitions is part of the broader trend of the Left’s attempt to change language. These efforts have largely proven to be successful, ranging from the previously mentioned dictionary changes all the way to the adoption of made-up “pronouns” on Instagram.

One can only hope enough will speak out before the American language and culture becomes practically unrecognizable.