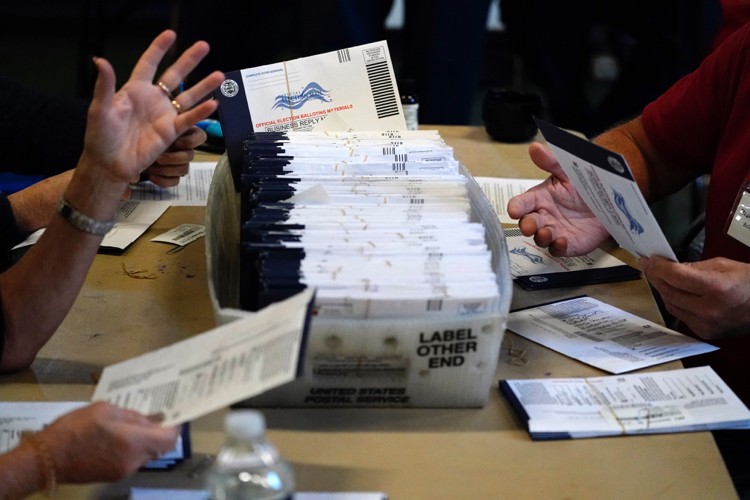 An Arizona elections witness named Jan Bryant recently appeared on Steve Bannon’s War Room (video below) to discuss what she saw in Maricopa County during the 2020 election. And what she had to say should raise red flags for any American — regardless of political party affiliation.

The 2020 presidential election continues to hold a major question mark for many voters who feel the election was stolen for (and by) the Biden campaign. Yet Democrats and the liberal mainstream media simply dismiss these voters as sore losers and their questions as baseless conspiracy theories. But as more information comes to light, it is becoming obvious that there were clear irregularities at various polling places.

Bryant is not just any witness, either. She holds an MBA and retired from a major utility company, where, as an IT project manager, she oversaw multimillion-dollar technology. Clearly, she has some idea of security protocols where networks are concerned.

Bryant testified that she volunteered at multiple voting centers but mostly at the Maricopa County Tabulation and Election Center (MCTEC), where she spent six days as an observer. In her testimony, Bryant said of the tabulation equipment used to count the ballots and determine the results of the votes cast in Maricopa County, “Dominion employees were the only ones that were running any of that equipment.”

I was in the tabulation center six different days. Day and night shifts. And no county employees, no IT people, no one else was touching any of the software. They (Dominion) did all the training for the adjudicators, they ran all the reports. And so I brought this up on my very first day in the room. I said this doesn’t seem right, as a person with my background. Never in a million years would I turn my company’s most important things over to someone else. And there’s only two guys (Dominion’s Bruce & John) and they had control of everything.

But as bad as all of that is — and it is plenty bad — Bryant went on to explain what she called “the biggest issue” she had with everything she saw:

When I came in [to MCTEC] on Tuesday and walked around where they were doing the hand entry of ballots, I noticed that laptop sitting there and [Dominion employee] John was working on it. It’s not a secure room if you’re bringing a laptop in and out of a room. Who knows what happened there. Every one of the 50 desktops that were in there had a row of USB ports on the side of it. So I get very angry when I hear some of our leader here saying “Oh, it’s secure. Nothing can get in or out.” That’s not true. I will tell you that is probably the biggest issue that I had.

That testimony was months ago, and while Maricopa County has undertaken a full hand recount and audit of the ballots and voting machines, liberal politicians and media alike act as if there is nothing to see here, folks. CBS News, for instance, is reporting on the audit as if it makes no sense at all. In fact, CBS News accuses those who want the audit and recount of being “conspiracy theorists.” The word “conspiracy” appears four times in the article and always in the context of baseless theorizing.

But remember, Bryant was there when the votes were being counted. Well, sort of. Because there was the time — on election day — when Dominion employees rebooted the machines and sent everyone else home.

Nothing to see here, folks.