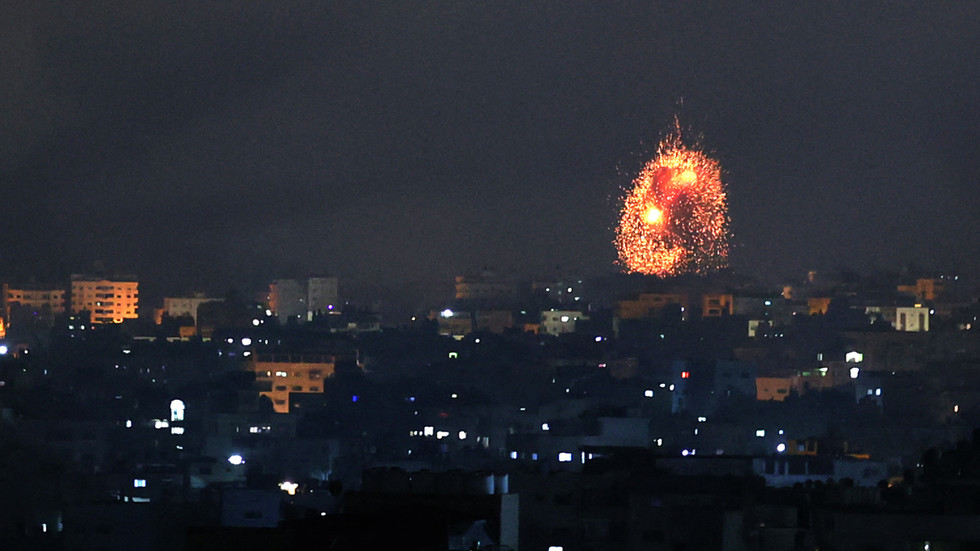 Israeli ground troops have now joined the air force in attacking the Gaza Strip, the IDF has announced, causing confusion before clarifying that no soldiers have actually crossed into the Palestinian enclave yet.

IDF air and ground troops are currently attacking in the Gaza Strip.

Artillery, tanks and infantry are firing into the strip but have not crossed its boundary yet, according to a reporter with the Israeli public broadcaster Kan 11. RT’s Paula Slier also reported that artillery units from Israel’s Golani Brigade are “shooting into Gaza from the border, but have not crossed over.”

#IsraelGaza: Artillery units from #Israel’s #Golani Brigade are shooting into #Gaza from the border, but have not crossed over.
The #IDF has said that residents of border communities up to 4km must remain in shelters until further notice.

“I said that we would exact a very heavy price from Hamas,” Israeli PM Benjamin Netanyahu said shortly after the IDF announcement. “We’re doing it and will continue doing it with great intensity. This is not the last word and this operation will continue as long as necessary.”

Ground troops have been spotted deploying to the border with the enclave on Thursday, with an IDF spokesman confirming they were in “various stages of preparing ground operations.”

Lieutenant Colonel Jonathan Conricus said the IDF had “a division headquarters and three maneuver brigades down in Gaza preparing themselves for that situation and for various contingencies.”